QUESTION:  I hear stories about pilots running afoul of the FAA due to previously unreported conditions or tests. How does that come about?  Does the FAA have access to independent information regarding doctors visits, diagnostic tests or prescribed medication?  Could an innocent failure to report a medical consultation resulting in no new diagnosis or a negative test result in a suspension?

ANSWER: As in all things in life, honesty is the best policy, sunlight is the best disinfectant and the truth will set you free! FAA wants and likes airmen to be honest and to faithfully report their health care visits, diagnostic tests and medications. It is a good discipline to make a notation every time one interacts with the healthcare profession and to double check what the aviation medical implications are well in advance.

In general, if an airman realizes that they had forgotten something on their FAA examination and provides that information they will not take certification action on the airman.  If it appears that an airman has been flying while having one of the FAA’s 15 Specifically Disqualifying Medical Conditions, such as a history of a heart attack or seizure problem,  that could result in negative certification action. And in fairness, that makes sense. Another potential problem would be an airman who intentionally flies on a known disqualifying medication, such as a narcotic or an anti-depressant, which could also result in problems!  The FAA finds out these things from airmen, from review of medical records when an airman is reporting another condition, or a hotline complaint.

QUESTION: What is the progress to eliminate the third class medical requirements and will there be caveats for preexisting conditions?

ANSWER: That is the question everyone is asking right now, and it isn’t easy to answer.  The bill language is currently being debated in committee, and the manner in which the bill will be brought to the floor for debate is very much up in the air.  It may be tied to the FAA Reauthorization Bill, but debate on the Bill was postponed on July 1st until September 30th.  That may result in the sponsors trying to introduce the language as a stand-alone bill.  As with any bill up for debate in congress, there is lots of horse-trading that goes on, and that makes it a moving target that is difficult to pin down.  One thing is for sure, AOPA is front and center in this debate and will do the right thing for our freedom to fly while responsibly protecting all involved in aviation.

QUESTION: I am 51, have a current, recently issued 2nd class medical.  My blood pressure was recorded as 130/90, although when I have it checked at my regular annual physical it is closer to 120/75.  If I bring a letter from my primary physician with my BP as measured by him, can the AME use that for my BP?  If so, how recent does that measurement need to be for my flight physical to be valid?  If I ultimately need to get on BP meds, what are the “best”, i.e. easiest to be approved by the FAA, that I can suggest to my primary care physician? If I get on those meds, can I continue to fly until my next scheduled flight physical?  If not, what is the procedure?

ANSWER:  First, bear in mind that the number one killer of westerners is cardiovascular disease and being attentive to your blood pressure is as sensible as keeping an eye on your oil pressure when aloft.

An Aviation Medical Examiner (AME) who is knowledgeable and experienced in aviation medicine should accept the blood pressure values that are obtained by one’s treating physician. However, the FAA policy is that a single blood pressure in the AME’s office cannot be greater than 155/95. A diligent AME will allow an aviator to relax for a while and repeat the measurement to ensure “white coat hypertension” is excluded and may take several measurements.

If you check with your AME or the FAA, you will be told that you should temporarily ground yourself for at least 7 days after you are placed on a new BP medication, which makes sense – you do not want the first time you experience an adverse side effect to be at altitude in IMC while trying to shoot an ILS! Stay healthy, stay wise and stay alive.

QUESTION: Is there a mandated waiting period before an airman who has had heart valve replacement surgery can regain medical certification?

ANSWER: Recalling medical school anatomy and physiology lectures where we learned about the heart and I was in awe! The balletic and perfectly orchestrated movement of blood flowing in and out of the four chambers in perfect synchrony is breathtaking and relies on the valves to be open when they should be and closed when they should be. Due to phenomenal advances in medical technology valves that are either “leaky” or too tight can be replaced, sometimes by minimally invasive procedures allowing patients a new lease of life.

However, such a major change to the way blood has been flowing in a particular person can have profound consequences such as clotting, blockages of distant vessels, strokes, heart attacks and other problems. Therefore, heart valve replacement requires a mandatory 6 month period of grounding prior to obtaining the testing and requesting a special issuance.  Yes, quite a pain…..but it certainly beats the alternative!

The AOPA Pilot Protection Services (PPS) Medical Mailbag is an exclusive benefit for PPS members. If you have a specific medical questions, Gary Crump, and Dr. Jonathan Sackier are happy to address the question each month in this segment. Feel free to submit your question here, and be on the lookout for an answer in the coming weeks. Thank you for reading! 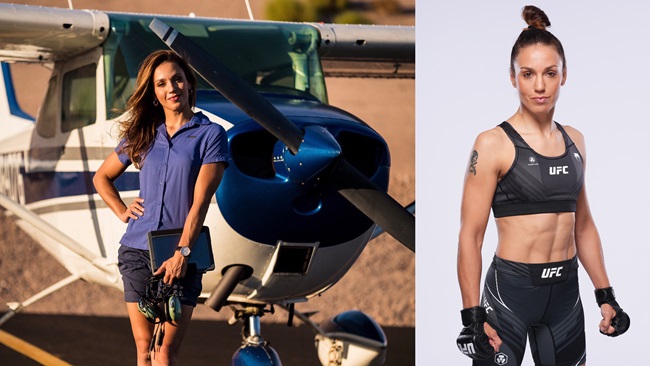