As a general aviation pilot, I never want to fly with the “shoes-off” brigade. There are just too many irritations: schedules that don’t gel with mine, endless lines, having the chap in the seat in front in my lap, poor communication, fellow travelers who want to stuff everything including the kitchen sink into the overhead bins. And no peanuts. 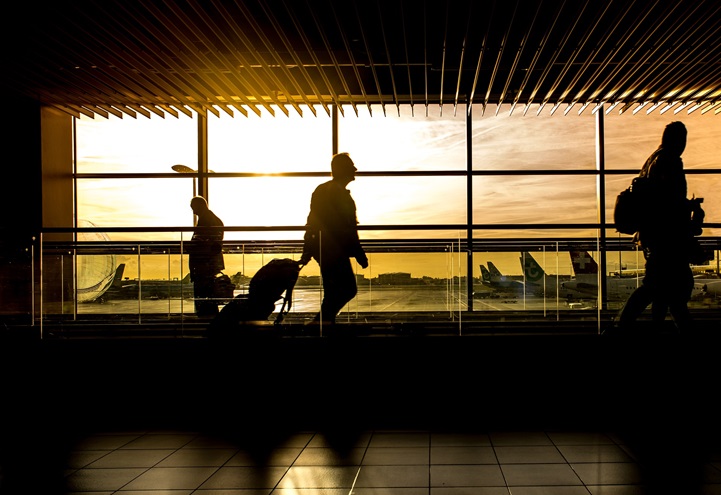 I recently had to attend a conference on the other side of this expansive country, and timing dictated that it was not practical for me to fly my bird, so I bit the bullet and bought a commercial ticket. One hour into the 4.5-hour leg home—a trip that would get me to my bed at 1 a.m. at best—there was that dreaded announcement: “If there is a doctor on board, can you please come to the rear galley?” Now I must admit that call to arms (or bleeding nose, gripping belly, or painful chest) does have an element of excitement to it, and as I was hard at work on an AOPA article at the time—honestly—I thought, “Maybe there will be the inspiration for a Fly Well column?” A muse for my missive, if you will.

At the back the very nice flight attendant introduced me to the unfortunate passenger, a 71-year-old chap who told me he was a GA pilot, although no longer active. He felt sick, was having issues breathing, and was dizzy. I promptly got him down onto the floor in the coma position on his left side; checked his airway, breathing, and heart rate; and asked for the medical kit. We administered oxygen whereupon another doctor, a prominent pediatrician, came to help.

This gentleman was becoming somewhat argumentative, which is not an uncommon finding in a person who is not getting sufficient oxygen to his brain. His pulse was irregularly irregular—an indication he might have atrial fibrillation, a condition we have discussed in the pages of AOPA Pilot, online articles, and videos. He admitted to having diabetes for which he took medication but denied other medical problems. We asked the flight attendant to obtain his hand luggage and with his permission asked to see what medicines he had with him. Well, that was a revelation: There were multiple inhalers for chronic obstructive airways disease, drugs for heart failure and hypertension, and several other pills and potions.

By this time the flight attendants had located the medical kit, and we applied a blood pressure device, or sphygmomanometer as we call it, and the finding was worrying—his blood pressure was very low, and listening to his lungs (a challenge with the roar of two mighty jet engines) revealed air was not making it into the lower part of his lungs. We decided that there was no option but to tell the captain he needed to expedite a descent to land as this chap seemed to have both heart and lung issues.

Twenty minutes later we were on the ground, and during that time our friend was becoming more irritable—which concerned us that his condition was deteriorating. Within minutes of reaching the gate, some very professional paramedics came on board and whisked him off to the hospital once we provided a briefing on what we had learned.

Of course the other passengers were understanding, although obviously upset for the delay. I had a nice chat with the captain, who told me that because we had made an overweight landing there needed to be a safety inspection of the landing gear and as he had applied some rather impressive braking, perusal of the brake cooling charts demanded some time for that to settle down. But, soon enough, we were on our way with new oxygen cylinders and medical kit on board. My fellow physician and I were asked to fill out some paperwork, which I must admit was rather odd. For instance, there was one question that asked if the passenger attended to had “apparent death.” I have to tell you that despite many years in medicine I have no idea what apparent death is.

The document also stated that there were only four reasons the captain could divert, and our situation was not one of them. I told him that if he got any flack I was available to provide backup, but he assured me that would not be necessary.

So what did I learn from this experience?

On several occasions over the years I have played out this scenario; most often it is a belly ache from drinking soda on the ground and then dealing with the subsequent pressure change. Or maybe an anxiety attack. I have ordered a diversion only once before and an expedited descent also. If you ever meet me at an AOPA Fly-In, ask me about the nosebleed situation and I will hopefully make you laugh.

As I write this now on the second leg of this interesting night I am pondering how the patient is doing and will certainly phone the paramedics upon arrival. And just as I always critique my performance after a flight I have piloted, I will critique how I handled this situation and try to do better next time. I just wish fewer people made silly decisions which would limit how often I, or my fellow physicians, hear that request over the PA. Fly well. Be well.

Not an AOPA Pilot Protection Services Participant? Learn more about the program here. Ready to enroll? You may do so here.