Are You Required to Call Flight Service for a Briefing?

The question is: are pilots required to call Flight Service to be compliant with FAR 91.103?  Reluctantly, the FAA has finally said: No 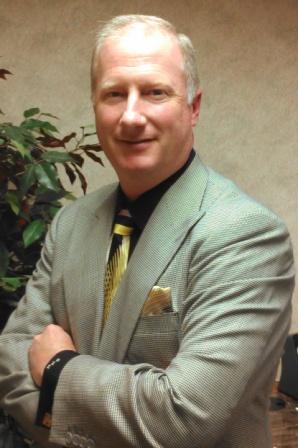 With the proliferation of Electronic Flight Bags (“EFBs”), fewer and fewer pilots are calling Flight Service for a telephonic briefing.  The question is: are pilots required to call Flight Service to be compliant with FAR 91.103?  Reluctantly, the FAA has finally said: No.

Before EFBs, pilots had little choice but to call Flight Service.  It was the only reliable weather and airspace briefing readily available.  As a result, some FAA officials have developed the informal position that Flight Service was the only official briefing source.  In 2015, one FAA enforcement attorney took this position too far.  A pilot (represented by this author) obtained a briefing using ForeFlight, but unfortunately did not set up DUATS so as to get a record of the briefing emailed to them.  ForeFlight depicted two Vice Presidential TFRs on its screen (which the pilot avoided), but not a third (which the pilot flew right through).  In addition to citing the pilot for violating FAR 91.141 (busting a TFR), the FAA also cited the pilot for FAR 91.103 (failure to obtain a proper pre-flight briefing).  FAR 91.103 states, in part:

Each pilot in command shall, before beginning a flight, become familiar with all available information concerning that flight. This information must include—

(a) For a flight under IFR or a flight not in the vicinity of an airport, weather reports and forecasts, fuel requirements, alternatives available if the planned flight cannot be completed, and any known traffic delays of which the pilot in command has been advised by ATC;

The FAA was hinging its 91.103 violation on two factors:

a) The first sentence of the regulation says: “… all available information…”; and

Leading up to this 2015 enforcement case, the FAA had routinely taken the position that, if a pilot got a briefing from Flight Service, and if Flight Service had failed to brief the pilot about a particular TFR, then the FAA would not pursue an enforcement action for violating that TFR.  This doctrine is known as the affirmative defense of “reasonable reliance”.   In this case, the FAA refused to dismiss the action on the defense of reasonable reliance since the pilot got his briefing from ForeFlight instead of Flight Service.  Ironically, the FAA stopped short of calling ForeFlight “unofficial” or “unreliable”.

The FAA Folds its Enforcement Case

In the weeks leading up to the 2015 NTSB hearing (in front of an Administrative Law Judge), our team designated an expert witness who was prepared to testify:

Faced with a case they were not certain they could win, and not happy with the prospect of having this case cited as binding authority, the FAA settled its 2015 enforcement case against this pilot for a few hours of remedial training.  No violation went on his record.  In case you are wondering, this pilot did timely file a NASA (Aviation Safety Reporting System) Report, but that only stays the certificate suspension.  The violation itself would still have gone on his record, which could have torpedoed his intended professional pilot career.

As a result of this case, this author submitted a request for an Opinion Letter from the FAA’s Office of Chief Counsel as to 91.103.  The letter specifically asked three questions:

The request was submitted in November 2015, and a generic response suggested an Opinion Letter would be issued in about May 2016.  Six months after that, still nothing.  After several emails to senior FAA managers, we were told in January 2017 “it’s in final review”.  Five months after that, the FAA’s letter (relabeled by them as a “request for compliance assistance”) was finally released. (Read full FAA letter here.)

Pilots should always obtain a weather and airspace briefing from a reliable source.  Most EFBs are fine, but merely looking at a screen on a tablet isn’t good enough.  If that screen was missing a TFR and you fly through it, don’t expect the FAA to believe that you saw what wasn’t there.  To be safe, pilots should use EFBs that have a feature that will email you a copy of the full briefing.  Keep those emails for at least 6 months.  If that doesn’t work for you, make the phone call to Flight Service, which puts your briefing on the record.