Traveling With A Drone In Your Luggage

Before packing your bags for commercial air travel, consider whether your drone or spare batteries will comply with TSA regulations, airline policies, and FAA hazardous material regulations. 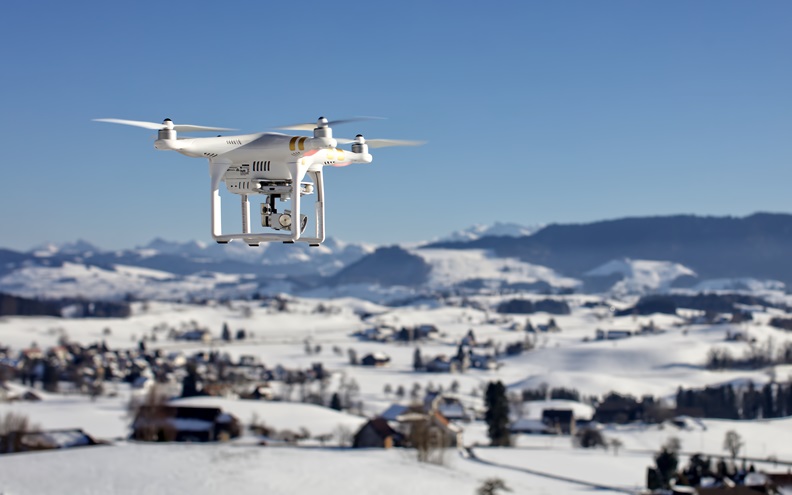 While bringing a drone along on your travels this holiday season can be great way to capture some memorable moments with the family, traveling on an airline with a drone in your luggage will mean laws and regulations to comply with before you even get to your destination.  A little planning in advance can prevent big legal problems, such as seizure of your drone, fines, or even criminal penalties.

Before packing your bags for commercial air travel, consider whether your drone or spare batteries will comply with TSA regulations, airline policies, and FAA hazardous material regulations.  Although the TSA does not have any regulations that specifically prohibit drones from carry-on or checked baggage, the agency advises passengers to check airline policy.  Of course, it’s a good practice to confirm that nothing you bring through the security checkpoint to support your drone operations is on the TSA’s list of prohibited items (for example, a screwdriver longer than 7 inches).

Concerning batteries, the FAA’s hazardous materials regulations generally state that portable electronic devices (such as a drone) powered by an installed lithium battery may be carried in either checked or carry-on baggage.  The FAA states that the device, “-particularly those with moving parts or those that could heat up-,” must be turned off and any switches protected from accidental activation.  Airline policies could impose additional restrictions.

Spare lithium batteries for personal use are permitted in carry-on baggage only and are subject to several restrictions.  While the regulations do not limit the number of Lithium ion batteries rated at 100 watt hours or less, batteries rated at more than 100 watt hours but no more than 160 watt hours may only be carried with the approval of the airline, and are limited to no more than two spare batteries.  The regulations require any spare battery to be individually protected from short circuiting, such as by placing the battery in its original retail packaging, taping over exposed terminals, or in a protective pouch (inexpensive fireproof battery pouches are readily available and seem preferred by professionals).  For additional requirements, see 49 C.F.R. 175.10(a)(18) and the FAA Office of Hazardous Materials Battery FAQ.

For those traveling outside the United States, it’s important to understand any customs requirements for entering a foreign country with a drone.  For example, the Bahama’s Civil Aviation Department issued a special rule requiring all those bringing a drone into the Bahamas, whether for commercial or recreational use, to first obtain a certificate of registration.  This certificate is required for Bahamian customs to release the drone to its owner.  Although no significant issues concerning re-entry through U.S. Customs have been reported to the Legal Services Plan, any misunderstandings as to whether you are returning with the same drone you left with or are importing a new drone purchased abroad, may be avoided by registering the drone with Customs prior to traveling as a “Personal Effect Taken Abroad.”

Last but certainly not least, it’s crucial that drone operations comply with any federal, state, or local laws, whether within the United States or a foreign country.  In the United States, many state and local governments have passed their own laws or regulations concerning unmanned aircraft.  While the validity of some of these laws may be questionable, they are still presently enforceable.  Likewise, be aware that popular recreational spots, such as National Parks, may have their own prohibition on unmanned aircraft.

With a little planning and some research, you should be able to safely travel on commercial airlines with your drone.  But, if you’re unable to meet the requirements, or just don’t trust the airlines to get your equipment safely to your destination, consider ground shipping in advance!