Using a checklist that does not match the checklist in the POH/AFM not only raises safety concerns, but could also contribute to flawed procedures, a common cause of unintentional pilot deviations. 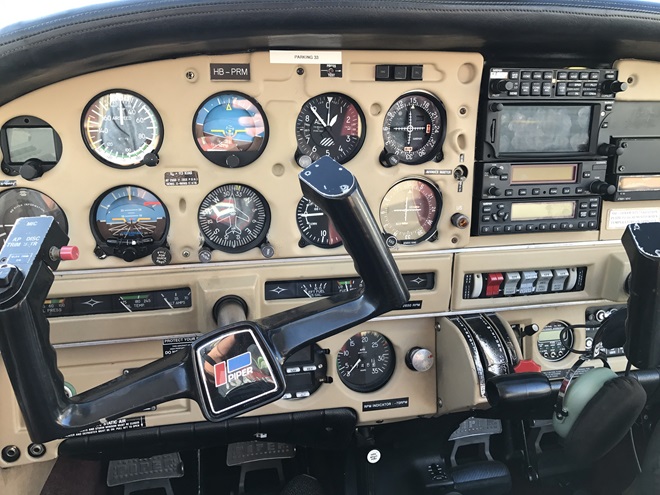 Do you fly using a checklist that you purchased commercially, downloaded from the internet, or personally developed?  In a recent Safety Alert for Operators (SAFO 17006) the FAA warned pilots of the safety risks of using checklists other than those contained in the manufacturer’s Pilot Operating Handbook (POH)/Airplane Flight Manual (AFM).  Using a checklist that does not match the checklist in the POH/AFM not only raises safety concerns, but could also contribute to flawed procedures, a common cause of unintentional pilot deviations.

In the accident highlighted by the FAA’s SAFO, the use of a commercial off-the-shelf (COTS) checklist that omitted certain steps significantly contributed to a pilot’s inability to fully extend an aircraft’s malfunctioning landing gear.  Upon landing with the gear partially extended, the aircraft suffered a landing gear collapse and was substantially damaged.  The accident investigation “found that the COTS checklist did not match the manufacturer’s checklist relating to the landing gear failure and manual gear extension… Further, [a] CAUTION statement in the POH/AFM was not present on the COTS checklist.”

The FAA’s safety recommendation that pilots “who choose to use COTS or personally developed checklists should meticulously compare them to the manufacturer’s checklist and placards contained in the POH/AFM to confirm they are consistent” is also a good legal recommendation.  Although most pilots of light piston aircraft flying under Part 91 are not required by any Federal Aviation Regulation to use the manufacturer’s checklist or any other checklist, using a checklist with procedures that do not match the procedures outlined by the aircraft’s POH/AFM checklist could contribute to violations of other regulations.

Operating the aircraft in a manner that doesn’t follow the procedures in the POH/AFM checklist increases the possibility of a pilot running afoul of regulations such as FAR 91.9, which requires that pilots comply with the operating limitations specified in the aircraft’s approved POH/AFM, markings, and placards, as well as FAR 91.13, which prohibits operation of an aircraft in a careless or reckless manner.

While an unintentional pilot deviation resulting from flawed procedures could be the basis for a legal enforcement action, such matters are now within the scope of the FAA’s Compliance Philosophy.  This recent approach by the FAA focuses on correcting unintentional deviations that arise from issues like simple mistakes or flawed procedures with education and training, rather than legal enforcement action.

So, if you’re one of the pilots who use a commercially produced or personally developed checklist, the FAA’s recommendation to “meticulously” compare the checklist to the manufacturer’s checklist and placards contained in the POH/AFM to confirm consistency may not just help keep you safe, but may also help avoid unintentional deviations and some unwanted attention from the FAA.