Resources Three Foods to Not Avoid

Three Foods to Not Avoid. Maybe.

As a kid I did not like Brussels sprouts; evil smelling, slimy and bitter. Or rhubarb; deformed celery to my mind, equally bitter and no amount of sugar was going to sweeten that puppy. Hated them. Which of course inspired my mother to try and insert them into every meal. Had I been smart, I would have told her that I was allergic to these devil-foods. 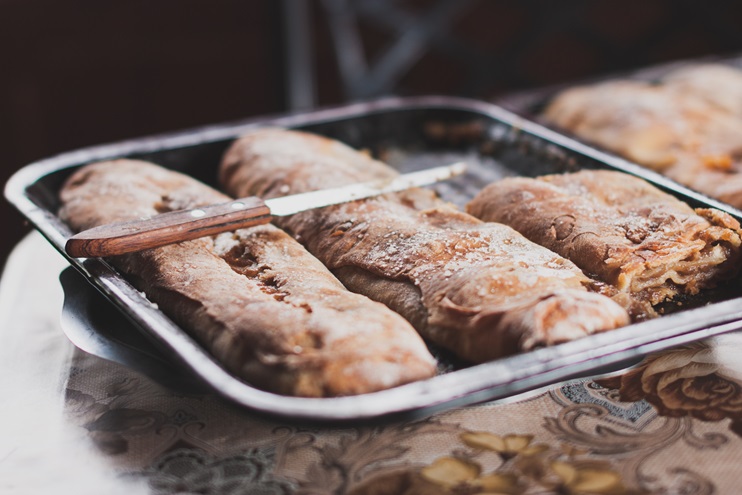 She wouldn’t have bought it, but I would have felt suitably sanctimonious in refusing to eat them. Not that I knew what sanctimonious meant. I later discovered that roasted Brussels sprouts are magnificent and rhubarb can be awesome. The problem was not the food, it was my mother choosing to boil the living daylights out of anything she could get her hands on. And my intransigence.

There are three things that get my goat now; rude and arrogant people, any word ending in “ism,” and stupid food fads.  While our knowledge of what is safe and healthy has changed with expanding knowledge, and very sensible labeling allows one to see what is being consumed, preying on people’s fears with pseudoscience and high prices is downright immoral from my perspective. We know that sugar is bad for all of us. We know that being overweight is bad for all of us. Tobacco is awful for all of us. Too much booze? The same. But some of the stuff being sold today? Where possible, I like buying food that does not come in a package or tin as I do not enjoy dining on a science experiment. Broccoli I can pronounce; butylated hydroxyanisole I struggle with saying and tremble at the thought of eating. Whatever it is.

So, let’s start with the biggie; gluten.

1. If I hear one more person tell me that they are going gluten-free because they have a medical problem I get horribly confused. There is a medical condition called celiac disease where avoiding gluten is absolutely necessary, but it only affects about 1% of the population. And there are people who have genuine gluten sensitivity – but it is not as common as you might think. After all the other “free” diet fads (fat-free, carb-free, sugar-free, calorie-free) comes gluten-free. In the last decade, gluten-free foods have filled our supermarkets and restaurants and if you are one of the unlucky people with celiac, your dining options just improved dramatically. One other benefit of this new craze is that people might eat more of what is good for them – fruits and vegetables for instance. But there is also the chance to do harm, beyond thinking that merely avoiding poor old gluten is going to make you healthy and the considerably increased cost. It is not. In fact, data from a very large study published last year looked at 100,000 people who did not have celiac disease. Contrary to the gluten advocates, those with the lowest gluten intake had the highest rates of cardiovascular disease.

Additionally, many of these “going against the grain” foods lack fiber which, we need to keep our colon happy, certain vitamins and key elements. For something supposed to be healthy, it really isn’t. And if you remove the gluten, what gets added? Often calories, fat and sugar and this has been associated with an increased risk of obesity and diabetes in people eating this stuff. Not good.

Another recent study of 115 people eating a gluten-free diet found that they were exposed to higher levels of arsenic (definitely not good) and other heavy metals (also not good). This was compared to data from over 11,000 people who did consume gluten. This may be due to the gluten-avoiders eating more rice and seafood that concentrates these noxious substances.

Yes, a gluten-free diet may make some people who had a previously undiagnosed food sensitivity (not an allergy) feel better, but for the vast majority it is just another fad.

2. I could basically repeat the above for my second irritant – the lactose-free crowd. And the term that starts my teeth itching is “I am allergic to lactose.” This is not likely; although some people are sensitive and dairy produces some unpleasant gastrointestinal side effects, a true allergy to lactose is rare.

Okay, that’s enough ranting for one article. As human beings, eat a well-balanced diet, rich in fresh and not processed foods. As a pilot, fly a well-balanced aircraft and eat foods before a flight not likely to rapidly change your blood sugar or cause bloating – that will make the cockpit an unpleasant place for your passengers for sure!  Exercise moderation in all things. Including moderation. Fly well!