Resources The Journey of the Serotonin Reuptake Inhibitor in Aviation

The Journey of the Serotonin Reuptake Inhibitor in Aviation

The stigma of depression in our western culture keeps folks from getting help, and before the use of SSRI medications, there were few choices of tolerable medications available for administration. Understandably, pilots are hesitant and afraid to declare on a medical certificate application that they have depression and are taking medications, thinking this will cause the loss of their medical certificate.  Prior to the FAA policy change, that was exactly the result. 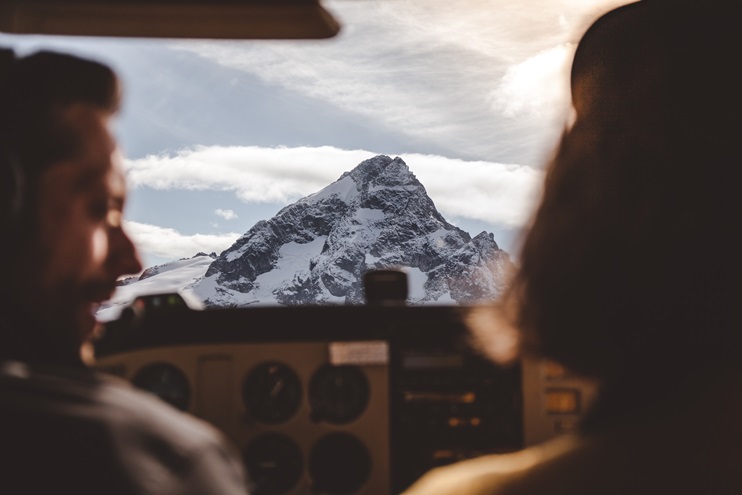 The monumental decision of the FAA on April 5, 2010 to consider individuals on four antidepressant medications for depression was historic.  The medications, Serotonin Reuptake Inhibitors (SSRI’s), were selected because of their effectiveness and mild side effect profile.

The stigma of depression in our western culture keeps folks from getting help, and before the use of SSRI medications, there were few choices of tolerable medications available for administration. Understandably, pilots are hesitant and afraid to declare on a medical certificate application that they have depression and are taking medications, thinking this will cause the loss of their medical certificate.  Prior to the FAA policy change, that was exactly the result.

The SSRI’s helped influence that change. The available medications that were prescribed had horrible side effects that in some instances manifested into a “zombie-like” state, and some patients were at increased risk of suicidal thoughts.  The misconception still exists that patients are going to be put into a straitjacket and be institutionalized.

Prior to the FAA policy change in 2010, pilots simply would not declare they had depression and if they were on antidepressant medications, they were not reported on the medical application.  This was an obvious disconnect with the FAA’s mandate for aviation safety, and had been a known concern through data gathered since 1990.

Another fantastic benefit of the 2010 decision of the FAA was the expansion of the Human Intervention Motivation Study (HIMS).  HIMS was created in the 1970’s by the National Institute for Alcohol Abuse and Alcoholism and the Air Line Pilots Association to help alcohol dependent pilots undergo successful rehabilitation and recovery with an ultimate return to flying status. Specially trained HIMS Aviation Medical Examiners (AMEs) oversee the monitoring and evaluation of pilots who are treated for depression with one of the four acceptable SSRI medications.

In the psychiatric world, randomized, controlled trials are few and far between.  As you have read in my past articles, I rely on evidenced trials where new medications are compared to existing medications for safety and efficacy in thousands of patients. In the case of antidepressants, physicians rely on observational trials of the pharmaceutical company. The pharmaceutical companies will study new antidepressant medications given to people with depression and will observe them over a specified amount of time, looking for quality of life, decrease in symptoms, side effects and drug interactions with other medications the study patient is taking.  Once the medication makes it to the market for patient use, information from databases collected by governmental agencies or insurance companies are evaluated for clinical outcomes. One observational study from the Canadian Medical Association, “Selective Serotonin Reuptake Inhibitors and risk of suicide,” CMAJ. 2009 Feb 3; 180(3): 291-297, showed in 200,000 patients with moderate to severe depression that there was a decreased risk of suicide in adults and older people. In adolescents, the opposite was true!

In the aviation world, data from the FAA and other agencies quantifies the before-and-after-April 5, 2010 SSRI use in pilots.  In May of 2003, the FAA published a study called the “Prevalence of Selective Serotonin Inhibitors in Pilot Fatalities of Civil Aviation Accidents: 1990-2001.” As determined by the NTSB, the use of an SSRI with or without other drugs(s) and/or ethanol had been a contributory factor in at least 9 of the 61 accidents.  Numbers of SSRI-involved accidents were low, and blood SSRI concentrations in the associated pilot fatalities ranged from subtherapeutic to toxic levels.  Pay close attention to this next statement. However, the interactive effects of other drugs, ethanol, and/or even altitude hypoxia in producing adverse effects in the pilots cannot be ruled out. In another study, “Accident Analysis and Prevention” 2017 Oct;107: 86-91, there were 1484 fatally injured airmen over the six year period, of which 44 tested positive for an SSRI.  This is a 2% incidence. An interesting fact about taking SSRI’s and getting urine tested. Fluoxetine (Prozac ®) may show up in the urine as amphetamine or LSD. Sertraline (Zoloft ®) may show up as a benzodiazepine (Valium ®) or LSD.

In establishing the SSRI policy, the FAA reviewed recommendations from the Aerospace Medical Association, AOPA, ALPA, ICAO, which included the Civil Aviation Authority of Australia and Transport Canada, and the US Army. The US Army was already allowing some pilots to fly using antidepressant medication. A follow-up study done in October 2009 looking at Army aviators with PTSD, anxiety, and/or depression between 2004-2009, “A Review of the US Army Experience Using Selective Serotonin Reuptake Inhibitors in Aircrew,” showed how aggressive diagnosing and treatment of the above mental states could enhance the human performance and resilience of soldiers.

Serotonin, or 5-hydroxytriptamine (5-HT), is a neurotransmitter in the brain that sends messages from one neuron to another. It contributes to the feeling of well-being and happiness. The theory is that people who have depression have low serotonin levels but the question being asked is “does depression cause the serotonin levels to go down, or do some patients just have low serotonin levels?” Serotonin can be measured in the blood, but cannot be measured in the brain where the mood stabilization is thought to occur.  Once serotonin has been transmitted to the neurons it gets reabsorbed back into the tissues. The SSRI’s prevent the absorption, which leads to higher brain serotonin levels.   The four SSRI’s take about 3-4 weeks before the full effect of the medication is seen. As anxiety is frequently seen in patients with depression, the SSRI’s in the first week will work to decrease the anxiety and weeks 2, 3 and 4, the depression will begin to get better. The patient in the first month may lose weight due to the side effect of nausea and vomiting. As the patient’s depression gets better, the appetite comes back and the patient starts to gain weight. Exercise should always be part of the regimen for depression on an SSRI to decrease the risk of becoming overweight and increase the feeling of wellbeing. The four SSRI’s approved for use by the FAA are fluoxetine (Prozac®), sertraline (Zoloft®), Citalopram (Celexa®) and escitalopram (Lexapro®).

The applicant for SSRI’s must have a major depressive disorder (mild to moderate) either single episode or recurrent episodes, be taking an SSRI for a minimum of 6 months, and be on a stable dose without any aeromedically significant side effects. If the applicant wants to apply for a medical certificate and gets taken off the SSRI, they must be off the SSRI for 60 days. The Special Issuance medical certificate is on a case-by-case basis and is a rigorous, comprehensive evaluation process.

The FAA has taken all the available literature, and with help from the aviation industry in the US and abroad, has developed a very well thought out process to get pilots with depression back up flying. I applaud the teamwork involved in the process and am very happy for the pilots who have received a Special Issuance certificate.  I applaud the HIMS AMEs for their diligent and hard work evaluating the applicants.  I am thrilled for all of the pilots who have utilized the FAA Authorization of a Special Issuance. My advice: stay compliant on the SSRI’s, exercise and enjoy every moment of flight.