Acting as PIC During Practical Tests

When conducting a practical test, an applicant is typically considered the pilot in command (PIC) for the flight.  FAR 61.47(b) allows the Designated Pilot Examiner (DPE) to act as PIC if the DPE agrees to act in that capacity prior to the flight.  However, the FAA strongly recommends that a DPE not agree to act as PIC during a check ride.  This means that, absent extraordinary circumstances and an amenable DPE, an applicant can expect to serve as PIC during a practical test. 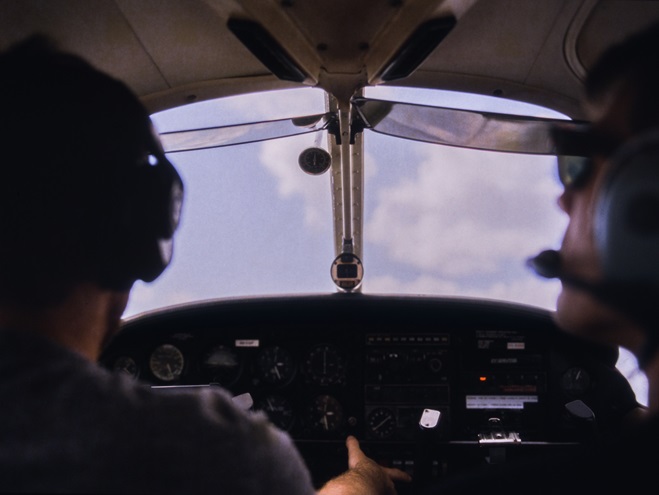 According to FAR 1.1, a pilot serving as PIC must hold the appropriate category, class, and type rating for the flight.  However, a student pilot that is testing for his or her certificate does not yet hold the appropriate category, class, and type rating for the aircraft. The FAA previously addressed this apparent conflict in the Murphy (2009) legal interpretation.  The interpretation referenced the original 1965 rule, which created an exception to the rating requirement.  The FAA clarified that “an unrated pilot is qualified to act as PIC during a practical test because that pilot possesses the appropriate experience prior to the practical test for the particular certificate or rating.”  Therefore, the FAA concluded that an applicant may act as PIC and log PIC time during the private pilot practical test.

This logic also applies to practical tests for an instrument rating.  Although a pilot may be appropriately rated for the aircraft, FAR 61.3(e) states that no person may act as PIC of a civil aircraft under IFR or in weather conditions less than the minimums prescribed for VFR flight rules unless the pilot also holds an instrument rating.  However, using the reasoning from the Murphy interpretation, the pilot is qualified to act as PIC in instrument meteorological conditions during an instrument practical test even though he or she does not yet possess the required rating.

Occasionally, we speak with pilots who have had deviations or even accidents with a DPE on board.  They often explain that they were focused on the requirements of the check ride and relied on the DPE as a second set of eyes.  Therefore, in addition to preparing for the maneuvers and tasks required by the check ride, make sure to prepare for the flight as you would any other and take the responsibility of PIC seriously.