If your aircraft’s anticollision lights include both a red rotating beacon and white strobe lights, can you operate in VFR day conditions with only one of those working while the other is inoperative? The short answer is no, unless authorized by a waiver. Placarding the equipment inoperative is not sufficient. 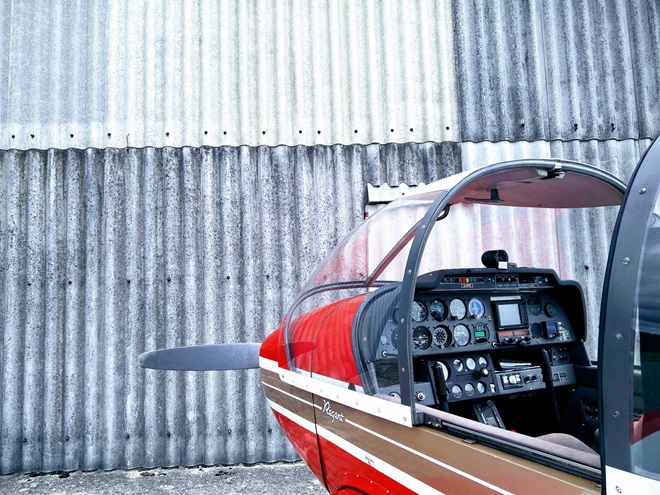 The FAA’s Office of the Chief Counsel recently issued the Letts legal interpretation which examines this question in light of the applicable Federal Aviation Regulations (FARs). The analysis turns first to § 91.205(b), which addresses required equipment for VFR day operations. The FAA’s position is that if an aircraft is equipped with both strobe lights and a rotating beacon, then they are considered to be part of the same anticollision system rather than separate systems. The conclusion is that all parts of the system required by 91.205(b) for day VFR must be “in operable condition” per § 91.205(a), which for Part 23 airplanes certificated after March 11, 1996 include anticollision lighting.

The interpretation acknowledges that in some cases, certain equipment may be placarded inoperative under § 91.213(d)(2). Part of that analysis hinges on whether the equipment was part of the aircraft’s Day VFR type certification and whether it is required by § 91.205(b). For further discussion on the process of determining airworthiness with inoperative equipment, see the October 2017 Pilot Protection Services article “Inoperative Equipment Shouldn’t Stay That Way Indefinitely.” However, for practical purposes, what matters in the context of anticollision lighting is how the aircraft is currently equipped.

The FAR that deals specifically with aircraft lights, § 91.209(b), provides that no person may “operate an aircraft that is equipped with an anticollision light system, unless it has lighted anticollision lights.” There is an exception allowing the pilot-in-command to determine that, “in the interest of safety,” operating conditions dictate that the lights be turned off. However, the exception does not apply to inoperative equipment. The interpretation concludes that because the strobes and the rotating beacon are part of the same anticollision lighting system, the requirements of § 91.209(b) cannot be obviated by placarding the red rotating beacon inoperative and using only the strobe lights. The entire system must be functional unless a waiver from the requirements of § 91.209(b) is obtained from the FAA.

Neither the letter to the Office of the Chief Counsel requesting the interpretation nor the interpretation itself addresses the possibility of removing the inoperative equipment. Removal is one permitted method of dealing with inoperative equipment per § 91.213(d)(3)(i) as long as the conditions of § 91.213(d)(1) and § 91.213(d)(2) are satisfied (these address the type of aircraft and whether the equipment is required by certain regulations or documents, respectively). However, it is also necessary to consider the potential to negatively impact safety by removing part of an anticollision light system. The removal option may not pass muster with § 91.213(d)(4), which requires that a determination be made that the removal or deactivation of inoperative equipment do not constitute “a hazard to the aircraft.”