What is Labyrinthitis? Are you familiar with this difficult (but important) to diagnose inflammation? 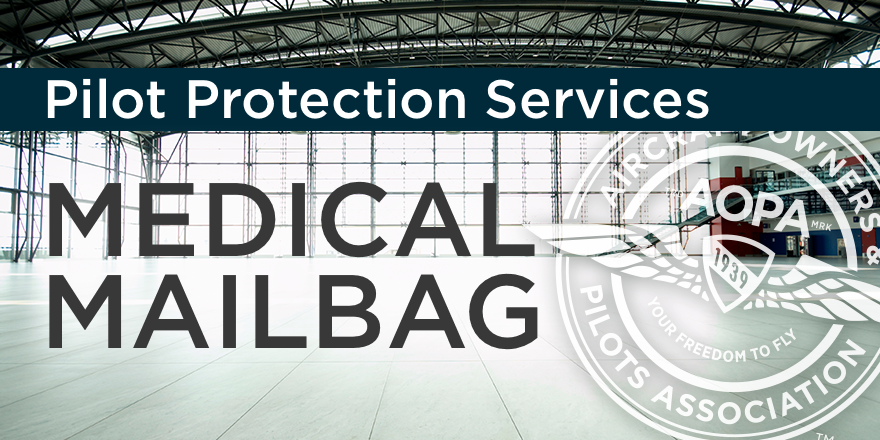 QUESTION: Can you please let me know the FAA’s thoughts on labyrinthitis. Is this a cause for being grounded?

ANSWER: Any time one sees the suffix “itis,” that means inflammation – pain, redness, swelling, local heat, and loss of function. In this case one is referring to inflammation within the labyrinth, the inner ear. It can present with various symptoms, many of which are scary if they’re happening to you or me! The symptoms can include vertigo (a sense the world is spinning without an aircraft being involved), hearing loss, nausea, vomiting, fever, and a sense of being unwell. Certainly it is most scary as it can make your world upside down and sideways! It can be a puzzling diagnosis for an ENT (ear, nose, and throat specialist) to make because there are several causes that present with the same types of symptoms. So truly, labyrinthitis is not a disease per se, but rather the final common pathway from a number of causes.

The inner ear is a complex organ, appropriately referred to as the labyrinth, a maze of interconnected fluid channels and canals. The cochlea, a tiny structure that looks like the shell of a snail, and the 3 semicircular canals that resemble a gyroscope are the key players in the inner ear network that keep us straight and level, most of the time. Sometimes a cold or flu virus can attack the inner ear and cause the inflammation that produces the symptoms. Other times identifying the culprit is not so easy. Bacterial infections are also sometimes suspect, while trauma, either isolated or repetitive (as in sports injuries) to the head or ear, some medications, or a benign tumor called an acoustic neuroma can also be bad actors in the play. Certainly, if you suffer from vertigo, flying is a bad idea and you should self-ground.

Although labyrinthitis is difficult to diagnose, a diagnosis is an important part of the equation you will need when your records get to the FAA. Because of the inner ear’s vulnerability to the debilitating symptoms that can ruin a pilot’s day if the symptoms decide to come out and play in flight, having good documentation for the AME and the FAA is essential to a successful outcome. Fortunately, in many cases, labyrinthitis is “self-limiting”; it runs its course and then goes away in its own good time. The unhappy person attached to the inner ear is just along for the ride until the condition has departed the fix. Therapy may simply consist of supportive treatment such as anti-decongestants and anti-inflammatory medications until the causative infection settles down. While antibiotics may have a role to play if there is fear of a bacterial cause, sometimes antivirals or steroids may help, and if nausea and vomiting are major factors, an anti-emetic drug can also be prescribed.

The FAA ultimately will want to see the treatment records, diagnostic testing, if any was done, and a current report from the treating physician that confirms, to the extent possible, what the diagnosis “probably” was, and that symptoms have fully resolved with no residual manifestations of “vertigo or disequilibrium” that would make the condition disqualifying under the FAR Part 67 medical standards (67.105; .205, .305 (c)). The FAA Guide for Aviation Medical Examiners provides guidance under two circumstances for the AME depending upon whether there has been any disturbance of equilibrium. Having good and complete documentation when you report to the AME is really important and can be the difference between an office issuance or a month-long wait in the penalty box if the AME defers the application to the FAA.

ANSWER: Interesting question about density altitude. The best I can say is that the partial pressure of oxygen reigns supreme in terms of hypoxia. If the fuselage was a fixed volume, temperature would play more of a role in terms of partial pressure, such as a hypobaric chamber for treating divers with the bends or allowing pilots to experience hypoxia in a controlled environment. However, in the aircraft there is pressure equilibration and what is key is that the ambient cabin temperature is stable, so cabin altitude is the critical factor. This could be easily tested with an altimeter in combination with pulse oximetry. The key lesson, though, is this; what is the harm, other than a few extra bucks, to breathing supplemental oxygen? My own discipline is that if the wheels are off the ground, the cannulae are in my nose and the oxygen is flowing. And if the engine is running, the pulse oximeter is on my finger, allowing me to keep an eagle eye on my oxygenation.

QUESTION: I have legal services and medical assistance and have been on a special issuance for 9 years. I was going to go to BasicMed but had a blood clot in April so will have to do another special issuance, which my cardiologist said he would support. What is the advantage of the plus plan from a medical standpoint?

ANSWER:  The key thing here is to understand what type of blood clot you are referring to. Is it a deep venous thrombosis (DVT), a pulmonary embolus (PE), stroke, or something else? PE and DVT are not necessarily conditions that require a one-time special issuance to fly under BasicMed. If the “blood clot” in question was a blockage to one of the vessels supplying blood to your heart, and requiring a stent, you would need a special issuance, after which BasicMed would be possible.