Pregnant Pauses and other Semantic Enigmas

For female pilots, flying while pregnant can be a big concern. Fortunately - if your doctor permits - there is no reason you must cease your aviation exploits as long as a few precautions are observed. 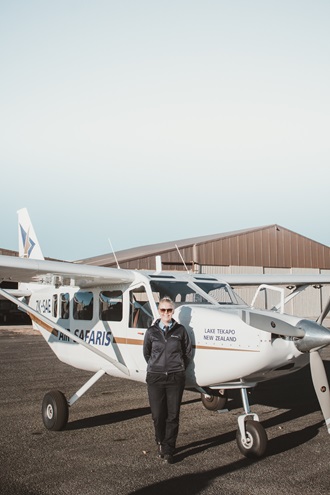 Know the term Pregnant Pause? It derives from the original meaning of the word “pregnant” to be “full of meaning” and, according to the voluminous but inappropriately named “Shorter” Oxford English Dictionary, the use dates to the year 1450. In fact, it was not until 95 years later that “pregnant” came to mean “with child.” So a pregnant pause is a gap in conversation implying something symbolically important to come. Like a flight in a GA aircraft, perhaps?

Sadly, very few women call themselves pilot and it has been one of my missions to try and encourage the fairer sex to be the flying sex. And in those conversations, one topic that often comes up is pregnancy and how that might impact their aviation exploits.

For flying with the masses on a commercial airliner, general guidance is that a pregnant woman can come aboard up to 36 weeks if carrying one baby or 32 weeks if twins, or more, are already “on board!” Of course, this implies the pregnancy has been trouble-free. Regardless, it always makes sense to ask one’s doctor about any risks that you have failed to consider and check with the airline in case they require a letter from your treating physician – some wish this after 27 weeks of pregnancy. Carry a copy of your medical records and have contact information of medical facilities or personnel at point of destination in case the tiny passenger decides to make an early appearance.

Early in pregnancy – usually the first trimester (13 weeks) – nausea can be an issue so one may choose to stay on terra firma.

As a passenger aboard a general aviation aircraft, you obviously have to be comfortable to get in and out of the plane easily and should consider simple things like attending the bathroom prior to takeoff. Make sure you talk to the pilot about how long the flight will take and whether that exceeds your capacity to go between bathroom breaks!

For pregnant pilots, one should be able to reach and use the controls easily with full travel of the yoke and to do preflight without discomfort.

Whether left seat or any other, avoid breathing avgas fumes when fueling the aircraft and ensure you are well oxygenated - while you may be able to tolerate being a bit low on blood oxygen, that is not a good idea for your baby. So either stay low or use aviation oxygen!

For flight in either commercial or GA aircraft bear in mind that pregnancy increases the risk of deep venous thrombosis, especially in the legs. This is a potentially dangerous problem and one should wear compression stockings, exercise calf muscles and, where possible, move around frequently.

An enigma is a mystery, something difficult to understand – in this case, why so few women fly. Semantics relates to language and in this case the language is clear; women who fly and are already pregnant, or are considering starting a family, don’t take unnecessary pauses from the left seat you love so well!