With Apologies to Cheech and Chong: State Relaxation of Marijuana Laws Could Leave your Pilot Certificate “Up in Smoke.”

With an increasing number of states decriminalizing or outright legalizing the possession and personal consumption of marijuana, more occasions are sure to arise for pilots who unwittingly face the ultimate FAA punishment - revocation of an airman certificate for violation of the federal statutes and regulations relating to controlled substances. 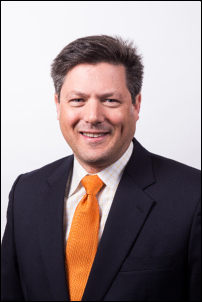 Mark Kelley Schwartz represents clients throughout the United States and is a member of the Michigan and Florida Bars. Mark’s cases include a variety of aviation and civil litigation matters, including airline and general aviation personal injury and wrongful death, claims under the Montreal Convention, FAA enforcement actions and transactional matters. He is a Florida Bar Board Certified Specialist in Aviation Law and continues to counsel members of AOPA’s Legal Services Plan on a variety of aviation matters.

An ancient curse speaks of wishing a person ‘live in interesting times.’ In the United States today, great uncertainty and competing interests create a tug of war between the enforcement priorities and actions of the federal government versus those of state governments when it comes to marijuana possession and use.  Politics, social policies, and effective use of precious government resources are just a few of the issues that surface when decriminalization or legalization is discussed.

But pilot beware. The continuing trend towards legalization at the state level may unwittingly lead you to believe that avoidance of state-level criminal charges automatically means a free pass at the federal level. It does no such thing. Pilots, charged with knowledge of the Federal Aviation Regulations, should heed the following: any relaxation of state laws relating to marijuana possession or use has little to no effect on the FAA’s ability to charge a pilot with violating federal aviation regulations and statutes, and possibly seek a lifetime revocation of your hard-earned pilot certificates.

A recent Notice of Proposed Certificate Action issued to a Legal Services Plan member serves to illustrate this point. The pilot in question was flying his airplane back to the United States following a weekend with friends in Canada. Landing at a local airport to clear customs (which he’d done over a dozen times in the two past years, with his plane being searched each time), his airplane was searched once again by Customs and Border Patrol. This time, they discovered approximately 2.5 grams of a substance appearing to be marijuana in a small pocket of a golf bag. The golf bag was inside the locked baggage compartment.

Local police were contacted and the 2.5 grams (approximately the weight of a U.S. penny) of leafy green substance field-tested positive for marijuana. The pilot was placed under arrest for possession of marijuana under state law, a misdemeanor. The police report stated that the pilot admitted to the arresting officer that the substance belonged to him, but that he had no knowledge that the particular golf bag he placed in his airplane for the golf trip had marijuana in the pocket. An avid golfer, the pilot informed the officer that he rotated between three golf bags he kept in various places.

Charged with misdemeanor possession of a controlled substance under state law, the pilot entered into a plea agreement under a special diversion program for first-time offenders. He was sentenced by the court to one month of non-reporting probation, and following his satisfactory completion, the charge against him was dismissed entirely.

The story does not end here. Enter the FAA, who issued a Notice of Proposed Certificate Action alleging that the pilot’s conduct amounted to the importation of a Controlled Substance (an act punishable by imprisonment for more than one year) under the Controlled Substances Act and sought a permanent revocation of the pilot’s airman certificate and ratings per FAR 91.19(a) and 49 U.S.C. 44710(b)(2). The final substantive paragraph of the FAA’s Notice of Proposed Certificate Action blithely remarked: “Moreover, if your pilot certificates are revoked as proposed herein, be aware that 49 USC Sec. 44703(f) prohibits the Administrator from ever issuing you another pilot certificate.”

While most pilots are at least casually familiar with FAR 91.19(a), which provides in relevant part, “no person may operate a civil aircraft within the United States with knowledge that narcotic drugs, marijuana, and depressant or stimulant drugs or substances as defined in Federal or State statutes are carried in the aircraft,” what they don’t realize is this general language is the FAA’s gateway into the complex world of federal drug control laws.  These laws represent an intricate weave of schedules and classifications covering the manufacture, importation, possession, and use of controlled substances.

So, pilots (and really all FAA certificate holders) need to be cognizant that legalization or decriminalization of marijuana at the state level does not provide safe harbor from the FAA. Because when operating an aircraft or otherwise utilizing your airman certificate you are exercising the privileges afforded to you by the FAA Administrator; and federal law, including its regulations and drug control acts take precedence over the law of any state.

And while this story ends with the FAA withdrawing its Notice of Proposed Certificate Action and closing the matter involving the plan member, the pilot still faced inquiry from the FAA’s medical branch and voluntarily surrendered his medical certificate until such time as he was able to reapply.

We’ve always been taught that as pilots we are held to standards that are more restrictive than non-pilots.  What you should never forget is that what may now be legal for non-pilots is still prohibited by both federal law and aviation regulation and could jeopardize your privileges.