Resources Its All Noise

When a tower says, “noise abatement procedures in effect,” what does that really mean? 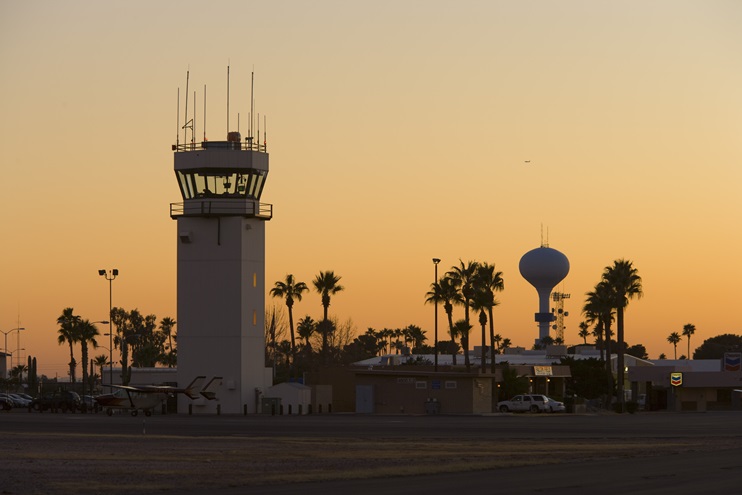 By Stanley M. Barankiewicz II, Esq., CFI, Orbach Huff Suarez and Henderson LLP. Stanley is a Land Use and Aviation Attorney, a CFI in Rotorcraft, an Advanced Ground Instructor, an instrument-rated fixed-wing pilot, and a paramotor pilot based in Los Angeles, California.

The air is warm, clear, and still. What a perfect day to take a few laps in the pattern, you think. After preflighting, you get your taxi clearance, conduct your runup, and now you’re at the runway threshold. “Torrance Tower, Piper 1-2-3 Tango-Hotel, holding short of runway two-niner right, remain in the pattern.” “Piper 3 Tango-Hotel, Torrance Tower, noise abatement procedures in effect, cleared for takeoff, runway two-niner-right.” That was weird, why did she mention noise abatement procedures? No matter, time to go.  “Cleared for takeoff two-niner-right, 3 Tango-Hotel,” you reply.  You taxi to centerline, pour on the coals, and climb into the sky. You make eight circuits before deciding to land and call it a day. “That was fun!” Everything good?

This fictional pilot had the same reaction many pilots do when they hear the words, “noise abatement procedures in effect”—nothing. Why did the tower say this? It’s not in the Pilot/Controller Glossary of the Aeronautical Information Manual. Well, it’s secret code for, “What you are about to do violates this airport’s noise abatement procedures, but since it is a municipality rule and not FAA’s, I am not going to tell you, ‘no.’  You can do it in the eyes of the FAA, but be warned, the municipality will still consider it a violation.” I can tell you that when I was a private pilot many years ago, I used to hear these words and never gave them a second thought. It wasn’t until training for my commercial certificate that I finally understood what those five words meant. It escapes me why the FAA is so cryptic about this. If the tower were to simply say, “The municipality doesn’t allow it,” no pilot would ever give it a second thought and would simply amend his or her request. I have not met a pilot yet who consciously wants to break the rules, either FAA’s, municipality’s, or otherwise.

Where things get murky is when an aircraft departs or arrives at an airport. Many times, a municipality may be overzealous in trying to control aircraft in flight. That’s a no-no, in this author’s opinion. The FAA is charged with maintaining safety in flight to which it is the sole arbiter of what is allowed in the airspace.

Finding an airport’s noise abatement procedures is not always an easy task. There is no briefing on them from Flight Service or DUATS. It’s spotty at best from other aviation briefing services. Chart Supplements also have incomplete noise abatement information. Invariably, a web search for “noise abatement procedures” at that particular airport will produce the most complete result. It’s typically buried in that airport’s website, so poke around for the webpage meant for pilots. If unsure, contact the airport manager/operator.

If you get into the predicament of staring at a noise citation, call the AOPA Pilot Protection Services – Legal Services Plan at 1-800-872-2672. And the next time you hear, “noise abatement procedures in effect,” consider amending your request to stay on that municipality’s good side.