Resources The FAAs Proposed Sanction Under the Pilots Bill of Rights

The FAA's Proposed Sanction Under the Pilot's Bill of Rights

Public Law 112-153, termed the Pilot’s Bill of Rights ("PBR") was signed into law on August 3, 2012. Among other things, the PBR applies to all cases before the National Transportation Safety Board (the “Board”) involving the review of actions of the Administrator of the Federal Aviation Administration (FAA) that suspend or revoke airman certificates under 49 U.S.C. § 44709. 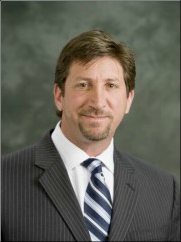 Gregory S. Winton is founder of The Aviation Law Firm, a top-rated national law firm located in the Washington, D.C. metropolitan area.  For over twenty-nine years, he has practiced aviation law exclusively. As an AOPA Panel Attorney, he counsels members of AOPA’s Legal Services Plan on a variety of FAA Enforcement, accident, and aeromedical matters. Greg is also a commercial-rated pilot and CFI.

One important aspect of the PBR is that the law strikes language from 49 U.S.C. § 44709, in cases involving suspensions or revocations of airman certificates, which stated that the Board "is bound by all validly adopted interpretations of laws and regulations the Administrator carries out and of written agency policy guidance available to the public relating to sanctions to be imposed under this section unless the Board finds an interpretation is arbitrary, capricious, or otherwise not according to law." Thus, it was the intent of Congress that the Board no longer just “rubber stamp” the FAA’s proposed sanction.  As more fully discussed below, it appears that the Board may not be following Congressional intent.

In a recent unprecedented decision issued on April 11, 2018, the Board granted an appeal filed by the FAA, and reversed a decision issued by the administrative law judge (ALJ) regarding sanction.  Following an emergency revocation hearing, the ALJ reduced the FAA’s proposed sanction from revocation of an airman’s private pilot certificate to a 90-day suspension for a violation of 14 C.F.R. 91.19(a) (See NTSB Order No. EA-5838).

The case involves an issue of first impression, in that there are no other reported instances of the FAA seeking emergency revocation of an airman certificate for allegedly operating an aircraft with knowledge that a small amount of chocolate [1] was carried onboard, which contained Tetrahydrocannabinol (THC).

Unlike other reported cases seeking revocation of an airman certificate after the individual is convicted under a law related to a controlled substance, the airman in the present case was charged with a State law related to simple possession of a controlled substance, which was ultimately dismissed. Therefore, if any sanction should have been imposed, suspension rather than revocation was the only appropriate choice under the circumstances.

The FAA’s complaint charged the airman with a violation of 14 C.F.R. 91.19(a), and further alleged 14 C.F.R. § 61.15(b) provides that committing an act prohibited by § 91.19(a) is grounds for suspension or revocation of any certificate, rating, or authorization.

At the hearing, a State Trooper testified that following an off-airport landing resulting from a complete engine failure, he investigated the incident and discovered chocolate contained inside a briefcase onboard the aircraft. According to the packaging, the Trooper believed that the chocolate contained THC. Therefore, he sent the chocolate to the State Bureau of Investigation lab for testing. Based upon his training in the detection of marijuana, the Trooper admitted that he did not discover marijuana onboard the aircraft.

Following the presentation of evidence, the ALJ issued an oral initial decision in which he found mitigating evidence concerning the violation.  As a result, the ALJ modified the FAA’s proposed sanction from revocation to a 90-day suspension. Specifically, the ALJ stated “the last 91.19 case I had about 2 years ago out in Amarillo, there were 200 pounds of marijuana on an airplane. Guess what the sanction was? Revocation. How is that consistent with what we've got here today? This was a simple possession of a substance that was purchased legally, apparently in Colorado. There wasn't any use involved. There wasn't any transporting for commercial purposes involved. I've already talked about I think this was an inadvertent act on the part of this pilot, the airman. It certainly wasn't reckless, it wasn't intentional or reckless, as suggested by revocation in the Compliance Philosophy. So therefore, I'm going to find that there was a violation, as established by the evidence of FAR 91.19(a). I find that under the facts of this case the appropriate sanction would be one of a 90-day suspension.”

The FAA appealed the law judge’s decision to the Board.  In reply, the airman argued that the ALJ’s modification of sanction was supported by substantial evidence in the hearing record and the Pilot’s Bill of Rights.

Review of a Board decision is governed by the Administrative Procedure Act, 5 U.S.C. § 706. Accordingly, a United Sates Court of Appeals may set aside the Board’s decision only if it is “arbitrary, capricious, an abuse of discretion, or otherwise not in accordance with law.”  In the present case, the intent of Congress is clear concerning application of the law.  Specifically, Congress enacted 49 U.S.C. § 44710, entitled “Revocations of Airman Certificates for Controlled Substance Violations”. Thus, Congress intended that the FAA Administrator shall issue an order revoking an airman certificate after the individual is convicted under a law related to a controlled substance (except a law related to simple possession of a controlled substance).  Furthermore, pursuant to 14 C.F.R. § 61.15(b)(2), the FAA has provided for either suspension or revocation of any certificate, rating, or authorization related to the commission of an act prohibited by § 91.19(a).

Since the statute's meaning is clear on its face, it is obvious that Congress never intended to give the FAA authority to revoke an airman certificate in a situation involving simple possession of a controlled substance. Therefore, in the present case, the Board should have given effect to the unambiguously expressed intent of Congress.

The airman has filed a Petition for Review of the Board’s Order in the U.S. Court of Appeals for the D.C. Circuit (Docket No. 18-1102).  It will be interesting to see how the second highest court in the United States interprets Congressional intent concerning application of the Pilot’s Bill of Rights.

[1] Net total weight of chocolate was less than the equivalent of two (2) standard sized Hershey bars weighing 45 grams each.