Resources Who Will Guard the Guardians Part Two

Who Will Guard the Guardians? Part Two

We left off last month discussing how the aging brain can slowly lose its sharp cognitive edge and also ways to guard against this to avoid problems for pilots.  On the bright side, it turns out that not all the news is bad as you add on the years.  By using natural compensations the brain develops with age, it is possible to stay sharp and maintain both crisp thinking and astute problem-solving skills. 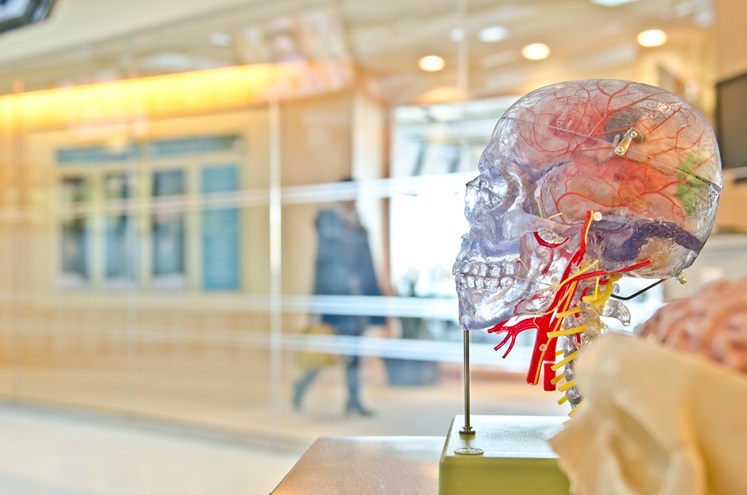 Just this week, a research study from Columbia University showed that even 79-year-old people can add brain cells and new connections at a rate equivalent to younger subjects. This is consistent with many other reports confirming that the brain has a remarkable capacity to modify both its structural and functional organization throughout life in response to ongoing training and use. Studies confirm what is obvious to us from our own experiences, that adults are less prone to take risks and engage in dangerous activities than youngsters. This reflects ongoing changes in the brain that occur with maturity, experience, and knowledge acquisition.

Neuroscientists used to think that the brain’s connections were hardwired and rigidly fixed after an initial developmental period and that age only caused these connections to break down and deteriorate. But the opposite is true; the human brain is malleable and changeable throughout our lifespan. Although it takes a lot of effort, at any age you can practice and perfect old skills or learn new ones. It turns out that this practice and learning actually protects the brain from some of those age-related changes I talked about in the article last month. This “plastic” property of the brain is called “neuroplasticity,” and the old adage “you can’t teach an old dog new tricks” is simply false.

Neuroplasticity results in real physical changes in the brain that can be seen with those dynamic MRIs also mentioned in last month’s post. But in order to take advantage of this dynamic property, you have to exercise your brain. These kinds of brain exercises need to be rigorous and challenging and are referred to as “mentally effortful.” Mentally effortful brain exercises include such things as learning a new language, playing a musical instrument, acquiring a motor skill (like learning how to dance), learning new information like in this article, and even playing challenging video games like flight simulators. Flying multiple tight precision approaches under the hood while getting drilled by a flight instructor also counts.

The changes that occur in the brain as a result of these mental efforts include an increase in the number of cell-to-cell connections (synapses) and an increase in the actual number of brain cells (neurons) and supporting brain cells in specific areas of the brain. This leads to strengthening of the connections between brain cells within the nerve tracts where these skills are stored. Brain cells not only link together with these training efforts, they also form tough insulating covers through a process known as “myelination.” Myelinated nerves function better than plain old brain cells, and over time these newly insulated nerve tracts increase the speed and strength of nerve signals. It’s like the brain is going from a dial-up connection to broadband, and that can counteract some of that cognitive slowing I talked about last month.

To unlock this life-long capability of the brain, we need to understand a little about how memory actually works and also some differences between the “expert brain,” like that of a chess master or a concert violinist, and an “amateur brain.” The brain has several memory storage systems called short-term and long-term memory. The first stop in training and learning is to put knowledge and skills into short-term or “working” memory.  Short-term memory is just that. Information only lasts for very short periods of time, about a minute. This is why you can remember a phone number just long enough to dial it. If you get a busy signal, you have to look at the number again only a few minutes later to redial. As we’ll talk about in the coming paragraphs, you don’t really “learn” that phone number; actual “learning” only occurs when you move information from short-term working memory to permanent storage areas.

Also, these short-term memory centers contain information that is called back from those long-term memory areas to use in problem solving and decision-making. Even experts can’t keep more than 8-10 bits of information in short-term memory slots at a time. But the difference between an expert and an amateur is that experts store knowledge in a special way so that each of those 8-10 buckets of information (neuroscientists call them “chunks”) holds much more data than an amateur’s. “Chunking” data in this way means that any time a real expert calls up information from long-term storage and puts it into short-term memory slots to use on a problem, they are getting a whole lot more information at a time so fewer chunks are needed to solve any scenario. This frees up other cognitive resources to bring into the battle. Last time, I talked about how adding years slows task switching. Adults can counteract the older brain’s slower shifting from one task to another by stacking more information into each chunk. This reduces the number of times you have to switch tasks to solve a problem and speeds up the whole decision-making process.
It takes a lot of that “mentally effortful” practice to stuff each of those short-term memory chunks with more information. This kind of practice is known as “deliberate practice” and it’s not just repetition. Rote repetition is simply repeating a task and will not improve performance. “Deliberate practice” is special and involves paying intense attention to each step of the process and doing multiple rigorous training exercises. It usually requires active coaching or instructing from somebody else to make sure you don’t lose focus or let your mind and attention drift. But in the end, this kind of practice leads to really “knowing” something, and that correlates with more data in each chunk that is hard wired in your brain. Deliberate practice also keeps the information in short-term memory spaces longer and that means it is more efficiently and accurately moved to long-term memory and stored as permanent knowledge. We mere mortals call this “remembering.”
To “think” about a problem or a decision, your brain has to call up information from long-term memory, and that can take a lot of valuable time. So another advantage of rigorous practice is that it also serves to increase decision “automaticity,” and that allows you to apply your knowledge automatically and quickly without reflection or having to think for too long. Training your brain to function like an expert in these ways is exactly what pilots need to keep sharp in the sky as the years add up.

This type of brain training is a lifelong process. Adult experts with cognitively stimulating occupations maintain higher cognitive function with aging. Pilots in particular, as well as professors, doctors, musicians, and engineers, have been studied as “high cognitive activity” groups. It turns out that the rigorous mental activities and independent decision-making that these professions demand throughout a career correlates with higher performance of the same tasks in aging. People who continue these mental efforts and live cognitively active lives are less likely to suffer early mental decline as compared to sedentary, cognitively and socially isolated people.

There are plenty of other things to do in adulthood to keep your mental edge. Physical activity, diet, and social activity are additional factors that can help maintain sharp cognitive skills in aging. Simple physical activity and exercise are effective ways to improve general health and are particularly important for brain fitness. Regular aerobic exercise increases blood flow to the brain, and that supports formation of those new neural connections I talked about earlier. Physical exercise has been shown to improve attention, reasoning, and all components of memory. Nutrition has also been identified as a critical factor in successful cognitive aging. Supplements such as antioxidants, vitamins, polyunsaturated fats, omega 3 fatty acids, and minerals show some beneficial effects on cognitive aging.

We can’t do what those awesome 777's can and just get old parts swapped out for new ones. We have a real job as the years take their toll on our parts to keep everything functioning and fit. What we can do is stay active, eat right, and train rigorously. It turns out that another old adage, “Use it or lose it,” is true, and this is what we need to do to keep all our systems in top working order and stay safe in the sky.