Resources To Clot or not to Clot

To Clot or not to Clot

My pharmaceutical toolbox includes a group of medications called anticoagulants, or as I call them, “clot prevention medications.” 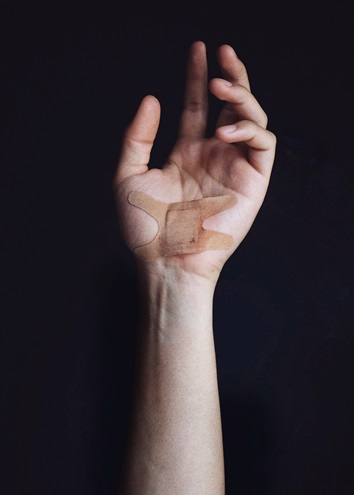 The Merriam-Webster definition of a blood clot is a thick and sticky clump of dried blood that stops blood from flowing through a blood vessel.  Disease states that are at a particular risk of forming clots include atrial fibrillation, deep vein thrombosis (DVT), and pulmonary embolism.  My pharmaceutical toolbox includes a group of medications called anticoagulants, or as I call them, “clot prevention medications.”

An understanding of the pathophysiology of each disease state mentioned above gives insight into the necessity of anticoagulating a person with atrial fibrillation, deep vein thrombosis (DVT), and pulmonary embolism (PE).  Another word you may hear is thrombosis, which means the development of clots. A German physician, Rudolf Virchow (1821–1902) is credited with a triad (3 reasons) for the development of venous thrombosis (clots). The three categories are hypercoagulability, endothelial trauma, and stasis.  If a clot is born in the body there is a high likelihood it is due to the stated three categories.

Atrial fibrillation occurs when the top chamber of the heart, the atrium, is beating very rapidly.  In atrial fibrillation, multiple wavelets of electrical excitation are occurring in the atrium, which causes a very rapid rhythm in the atrium.  This rapid rhythm leads to turbulence or stasis in the atrium. Stasis is a slowing or stopping of normal flow. This stasis leads to a formation of a clot in about 48 hours if the turbulence is not halted.  Think of this phenomenon as if you were caught in moderate turbulence for an extended amount of time. The clot may travel to a place I call the “heart garage” for clots, the left atrial appendage. It looks like a little cave that the clot takes up residence in. If that clot gets out of the garage it can go to the brain and cause a stroke.

A person with atrial fibrillation is at a six-fold increase risk of stroke. For that reason,

The deep veins in the legs have tiny valves that regulate the blood flow to and from the legs. If there is decreased or a mechanically altered blood flow in areas near the valves, venous thrombosis, called deep vein thrombosis (DVT) may occur.  People who sit for long periods of time on international flights are prone to DVTs because they are not moving their legs and wiggling their toes or not getting up to walk around. DVT is also a big risk factor of lying in a hospital bed for a long period of time.

The treatment for DVTs is anticoagulation for three to nine months. Pulmonary embolism (PE) is a clot that gets into the lungs.  A PE can be life threatening, depending on its size and location in the lung. Patients with a PE may need to be intubated and immediately put on an intravenous antithrombotic like heparin and then proceed to taking an oral anticoagulant. There is a huge risk for a secondary DVT or PE in the first 21 days after the initial occurrence.  PEs may also occur from clots that break off from a DVT and go the lungs. Oral anticoagulation plays a huge role in prevention of further clots.

Warfarin was the first oral anticoagulant that came onto the market in 1954. Warfarin has a fantastic story and a great track record in the prevention of thrombotic events. In the early 1920s there was a drought in the North Dakota and southern Canadian area. The farmers were forced to feed their cattle sweet clover instead of hay. If the cattle ate any moldy sweet clover, especially the bulls, there was a high likelihood that they would bleed to death. The cattle owners would sometimes find the cows had fallen over dead, and the bulls, when they were dehorned and castrated would bleed out. The culprit was bishydroxycoumarin (formaldehyde and coumarin), which is a breakdown product of the moldy sweet clover.

Warfarin became a rodenticide and was made into a powder form that was sprinkled into corn meal. The rats would eat it, bump up against a wall, and bleed to death.  Wisconsin is not only known for cheese and the Green Bay Packers. In 1954 the Wisconsin Alumni Research Foundation (WARF+ coumARIN) was credited with development of the drug, and that is how warfarin received its name. The first celebrity to get warfarin was Dwight David Eisenhower, not for atrial fibrillation, DVT, or PE, but for a heart attack.

The use of warfarin in atrial fibrillation, DVT, and PE was the mainstay anticoagulant for these conditions until 2010. Warfarin is a once a day dosing and is not expensive. To monitor the level of anticoagulation the patient will get a blood test called an INR on a regular basis. Dosing changes are based on the INR level. The optimal level of INR is between 2 and 3. There are plenty of drug interactions, so having a great relationship with your physician or warfarin clinic will only pay great dividends to you.

Good old aspirin has been utilized as an anticoagulant in atrial fibrillation when warfarin could not be utilized, and in patients who have had a DVT or PE that had been previously been treated with an anticoagulant like warfarin. Aspirin is an antiplatelet medication and in doses above 100 mg daily have a higher likelihood for massive gastrointestinal (GI) bleeding and intracranial hemorrhage (brain bleed).

After 2010, four new anticoagulation medications called Non-vitamin K Oral Anti-Coagulant (NOAC) came onto the market. The patient does not have to do any blood level monitoring for any of the NOACs. This is a huge advantage for patients to not have to travel to their physician’s office or a lab for blood monitoring.  Dabigatran (Pradaxa®) is dosed based on the patient’s renal function and administered twice a day. Dabigatran has been shown to statistically decrease the risk for ischemic stroke by 34% (N Engl J Med, 2009;361:1139-51) and was equal to warfarin in preventing DVTs/PEs.

The primary reason for anticoagulation is to prevent clots and stroke. Anticoagulation management is a huge part of my pharmacy practice. My goal is clot- and stroke-free patients. During my lectures, I tell the audience I have a tattoo (I really do not) on the left side of my butt. It reads, do not let me stroke and keep me clot free. My mission is to keep my folks in the hospital clot free. My global mission is to keep all the pilots clot free also.