The Eagles sing an awesome tune called “Lyin’ Eyes” with lyrics that say, “I thought by now you’d realize, there ain’t no way to hide your lyin’ eyes.” There is a natural tendency of the human brain to believe our “lyin’ eyes,” to believe what we want to be real and what we think is there, not what is truly there. 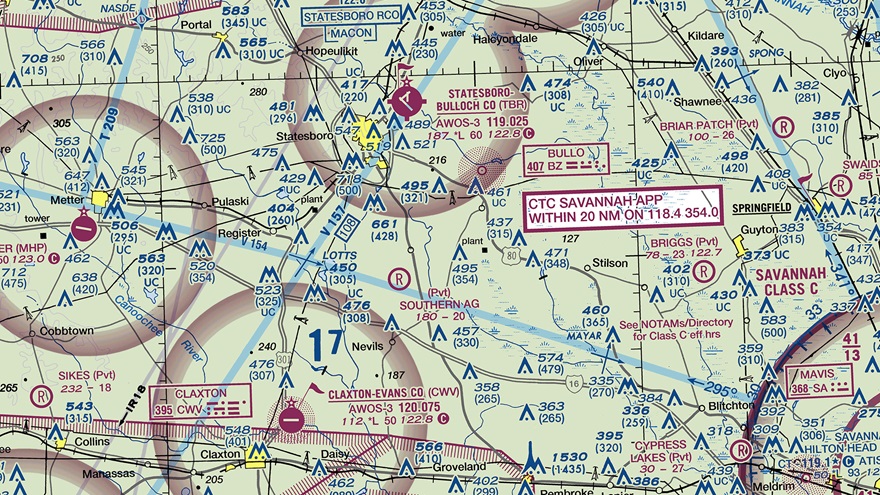 Human factors experts who study these behaviors have another term for it, “expectation bias” (EB). Simply stated, expectation bias is when you believe and act on what you expect is real in spite of what the data says is “actually real.” More formally, psychologists define EB as a state of mind where your expectations about a condition or an outcome are so powerful that they influence your perceptions and your behavior. There’s nothing new here, and the temptation to believe your lyin’ eyes long predates the Eagles putting it to song. Way back in 1620 Francis Bacon had this to say: “Human understanding, when it has once adopted an opinion as being agreeable to itself, draws all things else to support and agree with it.” Old Francis would have understood this in terms of situational awareness, which we covered in great detail over the last few months. EB is the dark side of SA; it’s your brain’s evil side defeating your brain’s rational side’s attempt to construct accurate SA.

Think back to the 3 levels of SA and how we talked about the need to use your present knowledge to build some expectations of the near future so you’re prepared with a plan for potential problems. After you build your SA picture, expectation bias enters if you allow your expectations to become your new reality, instead of just a prediction of it, and can’t move off it if things change. It’s just like Francis Bacon said about thinking everything coming into your head only confirms your expectations and not letting new information modify or change your plan. This leads you into a trap of believing your lyin’ eyes and neglecting to revisit and reassess the assumptions you used to construct your big picture.

When you start believing your lyin’ eyes in the cockpit and when you get stuck on your assumptions and expectations, nothing good follows. Unusual attitudes, spatial disorientation, IMC CFIT, and loss of control are all possible outcomes. That’s why, from the first day of instrument training, CFIIs tell us not to believe those lyin’ eyes, lyin’ inner ears, or any other of our lyin’ senses that we might try to rely on when flying in IMC. “Just trust your instruments” was the mantra drilled into our young heads over and over. This is because confusion is never good on a flight deck and it’s obvious that flying your expectations, not “reality,” will quickly become a significant problem.

A good measure of what comes of expectation bias is to look at NTSB reports on incidents where pilots so believe that their airplane is someplace it’s really not that they act on their false convictions. Such is the case when pilots line up and take off, or approach and land on a taxiway instead of a runway, a wrong runway, or even the wrong airport altogether in spite of ATC and their instruments telling them otherwise.

Unfortunately, aviators have been landing their airplanes at the wrong airports for a long time, at least since the days of Douglas “Wrong Way” Corrigan. On July 17, 1938, the now infamous 31-year-old pilot took off from Brooklyn’s Bennett Field and disappeared into the fog and haze with two chocolate bars, two boxes of fig bars, a quart of water, and a U.S. map with his route carefully plotted from New York to California. Twenty-eight hours later he landed in Dublin, Ireland. Oops!

The FAA, rather generously, refers to these incidents as “wrong surface events (WSE).” The consequences can be devastating and it’s frightening to see how often it actually happens. The FAA examined 596 wrong surface approaches and landing events over the last 10 years. The statistics show there were 117 wrong surface event reports from part 121 air carriers, 53 event reports from part 135 operators, 7 event reports from part 129 air carriers, and 440 event reports from part 91 operators. These incidents have led to some of the worst aviation disasters in history. Although as much related to weather, communication, and teamwork failures, the worst aviation tragedy in history occurred at Los Rodeos Airport in Tenerife on March 27, 1977, and was a WSE. This happened when Pan Am Flight 1736 tried to taxi and KLM Flight 4805 tried to take off in opposite directions on the same runway at the same time and collided head on. The two Boeing 747s were filled to capacity and 583 people died in an instant.

A more recent tragic WSE occurred on August 27, 2006, when Delta Connection flight 5191 crashed trying to take off from Blue Grass Airport in Lexington, KY. The flight had been cleared for takeoff on runway 22 but the flight crew incorrectly taxied and rolled for takeoff on runway 26. This runway was too short and the plane never became airborne, crashing just past the end of the runway and killing all 47 passengers and two crewmen. The National Transportation Safety Board determined that the probable cause of this accident was the “flight crew members’ loss of situational awareness leading to their failure to identify the airplane’s exact location on the airport surface during taxi and failure to cross-check and verify that the airplane was on the correct runway before starting the takeoff roll.”

Another potential WSE disaster was narrowly avoided last year on the evening of July 7, 2017, when a packed A320 operating as Air Canada Flight 759 lined up and nearly landed on taxiway Charlie adjacent to runway 28R in San Francisco on a perfectly clear evening. The taxiway had four fully loaded and fueled airplanes holding for takeoff. The pilot of the first aircraft at the hold short line told the NTSB that the runway confusion “probably came close to the greatest aviation disaster in history.” This was no exaggeration as there were five airplanes and more than 1,000 passengers put at imminent risk. When the NTSB examined the flight data recorder they found that AC759 reached a minimum altitude of 59 feet above the ground. Compare that to the 55’ 10” tail height of the Boeing 787-9, two of which were lined up on Taxiway C at the time.

It’s easy to poke fun at “Wrong Way” Corrigan now and there are so many contestants for the “Wrong Way Corrigan Award” it’s hard to pick winners. The pilots of Southwest Airlines Flight 4013 who took off from Chicago’s Midway Airport on January 13, 2014 bound for Branson Airport in Missouri and landed at Graham Clark Downtown Airport are near the top of the list. This could have been another disaster. The runway at Taney County is only 3,700 feet long and barely long enough for a fully loaded 737 to land and stop. Eyewitnesses reported that the plane came to a rest a mere 40 feet before the end of the runway, where it would have gone over a 65-foot cliff. It wasn’t a rookie mistake; the pilots had over 30 years of cockpit experience.

Two Delta pilots are also finalists for the award, having made a similar mistake 2 years ago when they landed their A320 at Ellsworth Air Force Base instead of their intended destination at Rapid City, South Dakota. Ellsworth is a Global Strike Command (formerly SAC) base, housing nuclear equipped B-1B Lancers that were getting ready for a mission. They drew a chilly welcome from the USAF security that greeted them with rifles drawn and a number of tough questions. Both the Ellsworth and the Rapid City runways are on the same southeast heading. They share ATC facilities and airspace but 10 miles apart, only about two minutes’ flying time at their approach speed.

At a safety conference last fall, the FAA reported on WSEs and addressed these errors. For good reason, they have made reducing the risk of wrong-surface events one of their top safety priorities. Their recent analysis by the Air Traffic Safety Action Program shows that expectation bias is one of the most common causal factors for these kinds of piloting mistakes. Besides the obvious responsibility to fly the airplane within safe flight parameters, pilots have another, equally crucial responsibility – to know precisely where the airplane is at ALL times. There are several key skills that pilots can practice and perfect to counteract expectation bias. Next month we’ll cover this important set of skills in detail.