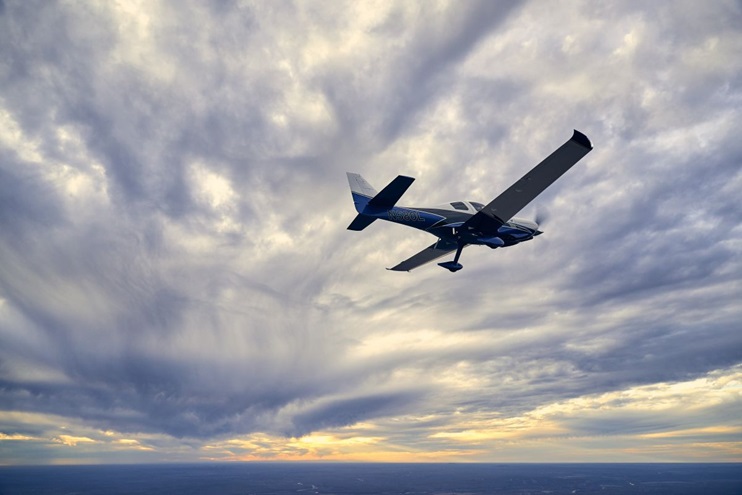 Aerial photography of the Lancair Mako. Under the new ownership of the Huffstutler family, the Mako returns Lancair to a roomy, powerful, four-seat aircraft with a retractable nose gear and a cruise speed of about 200 KTAS.Lancair Facilities Garner Field (UVA)Uvalde TX USA

Experimental aircraft are not subject to the same rigorous certification and inspection requirements as aircraft with standard airworthiness certificates. For example, aircraft with standard airworthiness certificates must have annual inspections completed by an A&P mechanic with Inspection Authorization (IA). Furthermore, any major repair must be approved by the FAA by filing a 337 form. Because experimental aircraft are not subject to Part 43, these inspections and approvals are not required.

However, just because they are not subject to Part 43, doesn’t mean experimental aircraft are free from their own restrictions and obligations. First, FAR 21.191 states that an experimental certificate can be issued for several listed purposes, such as research and development, exhibition, or amateur-built aircraft. According to FAR 91.319(a), an airman is not permitted to operate the aircraft for purposes other than those for which the certificate was issued. Although this may prove constrictive for aircraft in the research and development category, it may not be as cumbersome for amateur-built aircraft.

Further, each experimental aircraft comes with a list of operating limitations that owners should know inside and out. The most commonly known limitation is the need for a condition inspection every 12 months. This inspection covers the same areas addressed in the standard annual and 100-hour inspections, but condition inspections can be completed by an A&P (without IA) or a repairman. After the inspection has been completed the mechanic or repairman must provide a logbook entry indicating the aircraft was found to be in a condition for safe operation.

While major changes or alterations do not need to be documented through a 337 form or receive field approval, the operating limitations do contain other requirements. The limitations typically require that an aircraft owner notify the FSDO of the major change. For amateur-built aircraft, the owner must then work with the FSDO to conduct an additional 5 hours of flight testing to ensure the aircraft complies with FAR 91.319(b), meaning it is controllable throughout its normal range of speeds and maneuvers, has no hazardous characteristics or design features, and is safe for operation.

Finally, if the experimental aircraft has equipment installed for night or IFR operations, the instruments must be inspected and maintained in accordance with the requirements of Part 91. Therefore, depending on the operation, experimental aircraft still require tests and inspections of the VOR equipment, altimeter and static pressure system, and transponder.