Resources BasicMed and Your Checkride

BasicMed and Your Checkride

A common question posed to AOPA’s Legal Services Plan is, “can I take a checkride with BasicMed?” The answer in most cases is yes, an applicant can take any FAA practical test using BasicMed in lieu of an FAA medical certificate when acting as pilot in command. 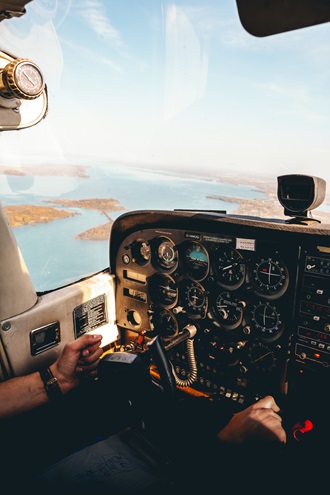 A person taking any FAA practical test is exercising no more than private pilot privileges, so as long as the aircraft and operation are within BasicMed limitations, the pilot can fly under BasicMed. This is true even for checkrides for certificates requiring a certain class of FAA medical certificate to utilize them. For example, at least a second class medical certificate is required to exercise commercial pilot privileges, but one can take the commercial checkride with BasicMed.

FAR 61.23(a) states that a person (3) "Must hold at least a third-class medical certificate—

(iii) When taking a practical test in an aircraft for a recreational pilot, private pilot, commercial pilot, or airline transport pilot certificate, or for a flight instructor certificate, except when operating under the conditions and limitations set forth in §61.113(i);" (emphasis mine). FAR 61.113(i) goes on to detail the requirements pertaining to BasicMed qualification.

Even if you hold a medical certificate and never plan use BasicMed yourself, your CFI and examiner will expect you to be familiar with it in case, for example, you later fly with a safety pilot who has BasicMed. Furthermore, “Part 68 BasicMed privileges and limitations” is a required knowledge task item under Pilot Qualifications in the Airman Certification Standards (ACS) for the Private Pilot checkride. There are similar items in the Instrument and Commercial ACS. When this article went to press, the draft ACS for the Airline Transport Pilot certificate was out for public comment and did not include such a knowledge task.

While applicants can take practical tests with BasicMed, the same is not true for the examiners who administer those tests. At least a third class medical certificate is required “When performing the duties as an Examiner in an aircraft when administering a practical test or proficiency check for an airman certificate, rating, or authorization” per FAR 61.23(a)(3)(iv).