Resources Doc This Pain Is Unbearable

Doc, This Pain Is Unbearable

Our minds are being bombarded about pain everyday. The media is telling us about the opioid epidemic in this country leading to abuse and addiction. 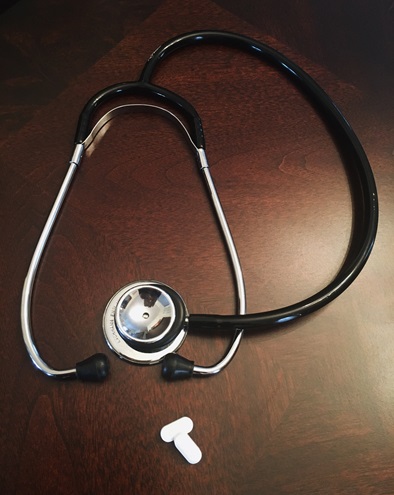 The pain that we are most aware of has many origins that include skeletal muscle, bone, heart, neurological, phantom and emotional. Our brain is the control center interpreting where the pain is coming from and the intensity of the painful stimuli.

Back in 5000 B.C, archeologists uncovered clay pots that had written references discussing the use of opium from the poppy for pain cessation and joy. In 1664, Rene Descartes theorized that the body was a machine and the pain went from the point of origin to the brain.  He had a picture of a hammer hitting a hand followed by a hollow tube that connected to a bell in the brain. Pain causes a decreased cardiac output, decreased sleep, decreased appetite and depression.

The mechanism of action of pain involves three systems: transduction, transmission and modulation. Transduction occurs with cell damage that releases sensitizing substances that go to the brain. Transmission occurs in the spinal cord that causes the release of substance P (P stands for pain). Modulation occurs when the brain releases endogenous opioids.

The body produces natural painkillers called enkephalins and endorphins. Enkephalins activate the opioid receptors that block the pain signals that would normally go to the brain. No pain signals, no pain perceived by our brain. This is the same mechanism of action observed by synthetic opioids such as codeine, morphine, oxycodone (Oxycontin©), hydrocodone, hydromorphone (Dilaudid®), methadone and meperidine (Demerol®).

Visual inputs play a role in pain reception. A study was done where a heat stimulus was applied to the subject’s hands.  When the subject was told to look at the heat stimulus there was decreased pain as compared to when the study participant was not looking at the stimulus. The body produces its own pain relievers and the pain was decreased (Mancini,P Psychological Science, 2010).

The first reaction by most people when prescribed an opioid is, “I am worried that I will become addicted to the medication.”  Addiction is a neurological disease, where the patient is taking the opioid for a sensation of sedation and not for pain. Patients with chronic pain develop a physical tolerance to opioids, over a period of time. The pain relief decreases due to an enzymatic process on the opioid receptor. The enzyme, adenylate cyclase when not inhibited by the pain medication will cause the cell to release pain substances (substance P). Increased doses of opioids are needed to stop the pain.

A survey was completed in 1999 asking patients their preferences for pain control. The choices were opioid or non-opioid pain medications. Seventy two percent of the patients preferred non-opioids. Sixty percent of those patients received an opioid (Applebaum et al. 2000). Opioids may cause drowsiness, itching and lethargy along with constipation, which can be treated with senna, Colace®, hydration, high fiber diet and my favorite, coffee or tea.

FAR 61.53 prohibits acting as PIC or in any capacity as a flight crewmember while that person is taking a medication or receiving other treatment for a medical condition that results in the person being unable to meet the requirements of the medical certificate necessary for the pilot operation. Additionally, FAR 91.17 prohibits the use of any drug that affects the person’s faculties “in any way contrary to safety.”  A question that pilots ask often is, “Can I take acetaminophen/hydrocodone (Norco®) and fly?” My question back is, “What is the etiology of the pain and why would you fly with pain?” Bottom line is ground yourself if you are experiencing pain and seek medical help, if it is hindering your daily living.

As pilots, we must be very cognizant of when we can take opioids. We must self-ground if we have a procedure that will require pain control after the completion of the procedure. An example would be a hip replacement. The physician will most likely prescribe an opioid containing medication for the post-operative pain. As the patient goes through rehab, exercises and heals, the need for pain medications decreases. During the rehabilitation process, wait until the physician verifies you do not need the opioid containing medication. Most of the opioids have half-lives of 2-8 hours. Using the FAA rule of waiting 5 half-lives after the last dose, that would equal 10-40 hours. Do yourself a favor and wait 5 to 7 days to be on the safe side before flight.

Two unique pain medications that have “recently” been introduced to the US market are worthy of discussion. The first of these pain medications is tramadol (Ultram®), which came onto the US market in 1995. Tramadol’s chemical structure is very similar to codeine. It works on an opioid receptor and it also works on norepinephrine and serotonin receptors. It gives the patient better pain control as norepinephrine and serotonin have a role in pain control. Tramadol became a very popular pain medication. So popular, it was being abused and became a controlled substance (CIV) in 2014.  What Schedule IV means is tramadol has a low potential of abuse when compared to morphine and has less physical and psychological dependence than morphine. Tramadol is a NO FLY medication per the FAA, however.

Celecoxib (Celebrex®) is classified as a COX2 inhibitor. It has a very similar mechanism of action to ibuprofen (Motrin®). The uniqueness of celecoxib is that it does not cause the GI problems, such as ulcers and bleeding that ibuprofen does. Ibuprofen blocks COX1 and COX2. COX1 is an enzyme that produces a prostaglandin that protects the stomach. COX2 is an enzyme that produces a prostaglandin that causes inflammation.  Celecoxib is utilized in postoperative care to decrease the need for opioids with very similar pain control. Last year there was a nationwide shortage of IV morphine and hydromorphone.  Celecoxib was the alternative pain medication of choice.

Acetaminophen, ibuprofen and naproxen sodium are excellent chronic pain control medications. My last count, there are nine other NSAID’s approved for chronic pain that are deemed safe to use by the FAA. Let us reverse the saying, NO PAIN, NO GAIN. In aviation, our pain mantra is NO PAIN, ALL GAIN.