As pilots, we utilize a robust and complex lexicon that to the average Joe or Joanne is impressive and incomprehensible. So do doctors. 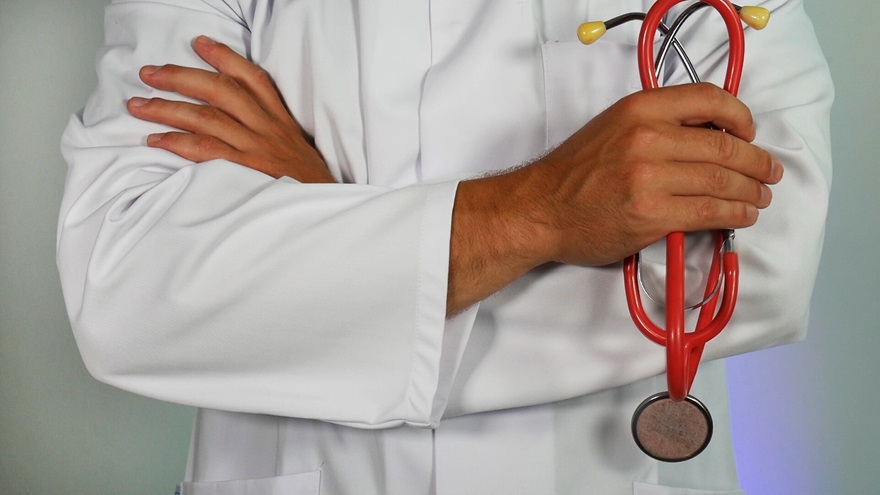 “Pre-flight: complete. Seats, belts, harnesses: on and secure. Fuel shutoff valve: set to both. Avionics switch: off. Electrical Equipment: off. Sprogulator: set to maximum. Circuit breakers: check in. Empennage residulator: indicates normal.” Okay, mixed in with a pretty standard preflight check list, some nonsense words. As pilots, we utilize a robust and complex lexicon that to the average Joe or Joanne is impressive and incomprehensible. So do doctors.

Could we say “Let’s check the weather at the airport?” Of course, but saying “What’s the TAF?” is more efficient, shows we know the lingo, and ensures we feel like a member of our exclusive club. Every person reading this knows that there is no such thing as a sprogulator or an empennage residulator...at least I don’t think there is! But could you pick out the nonsense words from the following list?

Well, the first is where inflammation of the small hand joints is associated with lung disease and is also known as Bamberger–Marie syndrome. Kawasaki makes fine motorcycles I am told, but this is also the name of a condition affecting the skin, mouth and lymph nodes in children. Kwashiorkor is a state of malnutrition attributed to famine. And the others? Gobbledygook. Nonsense. Invented diseases. Pseudoscience.

So why am I moved to write about a series of illnesses or treatments that don’t truly exist? For several reasons. First, I do not like people being scared about things they do not need to worry about – we have enough real topics to concern us. Second, I truly hate people being taken advantage of by quacks or con men. To give you a perspective, let’s look at what these so-called diseases have in common and how to spot pseudoscience in general.

First, there is always a $100 word included and it usually hints at something genuine, so, for instance, “methylation” is a real thing, a biochemical process involved in protein metabolism. This process is controlled by a gene and methylation happens all over the body. However, there is no single “disorder.” Next, the practitioner promulgating the information is not mainstream and often practices on the fringes; checking up these disorders on respected medical institutional websites will yield the sound of crickets. Further, those advocating for the condition usually proclaim that “conventional” medicine is aligned against them. Asking to see articles that have been published in stringently controlled, peer reviewed publications will show that there is no solid science to support these contentions. There is often a test to look for the condition that may involve a legitimate laboratory but the conclusions drawn are at best an intellectual leap and at worst, pure fantasy. For instance, the “methylation disorder” gurus will encourage you to have a genetic profile to look for aberrant methylation genes. It will cost a small fortune and yield nothing valuable for this “indication.” And although conventional medicine is not cheap, these alternative approaches are always expensive and it is not uncommon that the practitioner demands repeat visits and frequent tests and tinkering.

These situations are not the preserve of the foolish – I know many highly successful people who have been convinced to pay tens of thousands of dollars for diagnostics and therapies that have no basis in fact. One told me that he was mentally seduced by the threat of impending doom and the promise of extended, healthy life and all he had to do was have his magnesium and selenium levels “adjusted” with weekly blood tests and by ingesting supplements. This perfect blend of scare tactics induces anxiety which can manifest the very symptoms the pseudoscience practitioner has warned you about – a self-fulfilling prophecy. The threat of numerous cancers and other disasters is highly convincing. I went to visit the office of one of these characters and saw plush surrounds, elegant staff, diplomas from shifty organizations, and for the privilege of several hundred dollars was fed a diet of nonsense. I did not let on I was a physician and was brimming with anger at how this could convince the uninitiated.

As July is the month that celebrates the American Revolution and independence from my native Britain, I am moved to recall King George III, who was on the throne at the time. He made many missteps (from my perspective) that could have been avoided with perhaps history-changing consequences. But his “madness” played little or no role in these decisions. That monarch suffered from a real disease called porphyria which did not manifest until 1788. However, others believe he may also have suffered from bipolar disorder with a strong manic component, so maybe madness did contribute to “losing the colonies.” In porphyria, the urine turns blue and in pyroluria, similar changes are said to occur. The problem is, one disease is real, the other as imagined as the demons that chased King George around the palace.

So, make sure you fact-check before accepting a diagnosis or undergoing tests or treatment. There is no legitimate physician who would have a problem with asking probing questions or asking for a second opinion. After all, you would hesitate before allowing your mechanic to recommend replacing the sprogulator on your plane!