Resources Instructing from the Passenger Seat

Instructing from the Passenger Seat

Pilots and flight schools have been known to seek ways to reduce the cost of flight training while continuing to comply with all the applicable regulations. 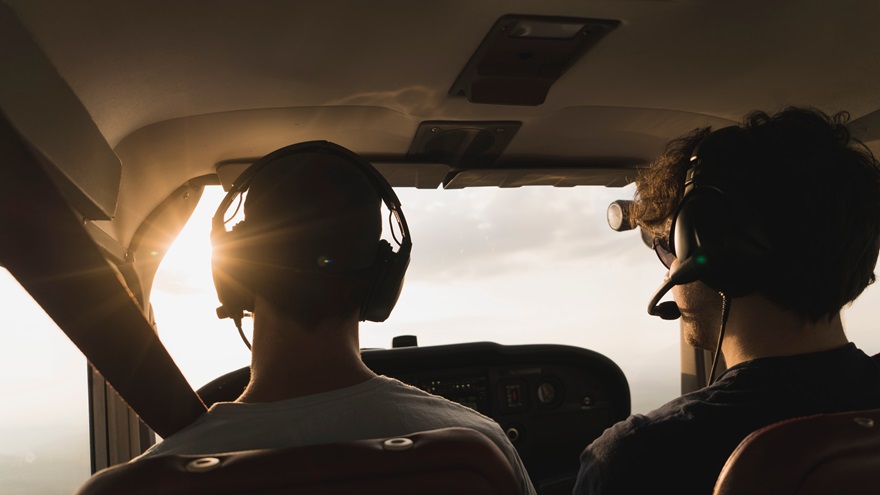 One question that is often raised by flight instructors was recently discussed by the FAA in the Williams legal interpretation.  Specifically, the FAA addressed whether a flight instructor providing instrument instruction to a certificated pilot could provide the training from the jump seat or another passenger seat while a qualified safety pilot occupies the other pilot station.

FAR 61.195(g) requires that flight instruction be given in an aircraft that has at least two pilot stations. Additionally, FAR 91.109(a) requires that the aircraft have fully functioning dual controls or, in the case of instrument training, a throw-over control wheel.  However, these regulations do not specifically state that the flight instructor must occupy the second pilot station.

The FAA determined that in the proposed scenario, providing flight instruction from a passenger seat without dual controls would constitute a violation of 61.195(g) and 91.109(a).  It reasoned that the regulations would not require two pilot stations for a training flight unless the flight instructor were required to provide the training from one of the pilot stations.  It further stated that if the instructor were occupying a jump seat or passenger seat, he or she would be unable to effectively demonstrate the procedures and maneuvers to the student and would be unable to assist or take over in an emergency situation.

Therefore, although the presence of a second qualified pilot may provide a level of safety for the training flight, the FAA’s interpretation makes clear that the instructor must occupy a pilot station with fully functioning dual controls while providing flight instruction.