We wrapped up our deep dive into situational awareness (SA) last month with the story of Doug Downey and Bandit 650.  One of the things that stuck in my mind most when Doug and I talked about the incident was his vivid description of how much the events slowed down around him. He said that things seemed to be happening almost in slow motion. 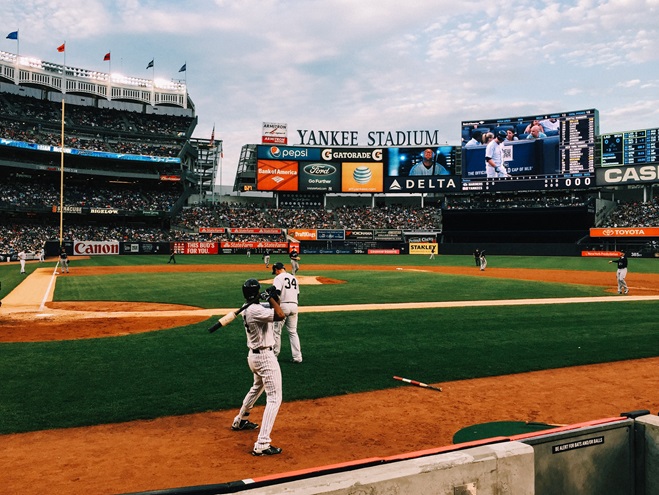 Like I commented in the last article, it wasn’t that his jet was going any slower it was that his mind was racing faster and processing information quicker and more efficiently.  Since this is such a valuable skill for safety in the cockpit, let’s take a look at what’s going on in your brain during these kinds of incidents and how we can train our own brains to slow things down and make the correct decision in a tight situation.

We know from our own experiences that time can appear to slow way down during acutely stressful encounters.  Just go see one of those action character movies out of Hollywood these days and producers try to imitate this feeling by using slow motion during the real thriller scenes. As I described last month, baseball players seem to see the pitch in slow motion and tennis stars have cited the same thing.  John McEnroe once said that when he was in his groove, “Things slow way down, the ball seems a lot bigger, and you feel like you have more time, it’s like swinging at a beach ball.” Like a lot of the other topics I’ve talked about in these pages, neuroscientists have come up with a name for this too; it’s called “tachypsychia”.  “Tachy” comes the Greek word for “swift,” the same word root cardiologists put in front of “cardia” to make “tachycardia” or fast heart beat.  In our case, its just fast thinking and that’s a good thing to be able to do in a pinch.  Tachypsychia is the capacity of our brains to process nerve signals and images so fast that it alters our perception of time. This can be brought on not only by an acute stress event, it can also happen during physical exertion and be artificially induced by some psychoactive drugs but we won’t go there.  The current thinking is that tachypsychia is caused by high levels of dopamine and norepinephrine, two chemicals secreted into the bloodstream at times of stress that we talked about in the article on stress.  When they hit the brain, those chemicals speed up transmission of impulses between nerve cells. This is an adaptive mechanism, part of our fight or flight system, that focuses our attention on a threat in preparation to take action.  As signal transmission between nerve cells speeds up, our brain actually increases information processing speeds and that is what we perceive as slowing down of time.

Neuroscientists who study this sensation call it “subjective time dilation” and believe that there is somewhere between a 10% to 50% relative speeding up of our information processing rate and therefore corresponding appearance of slowing of events around us.  But what’s this feel like in real life and just how fast are things really happening and how slow can we make “time” feel?  Let’s consider some math.  The evening of Friday, September 17, 2004 was clear and cool at SBC Park in San Francisco, California.  During the home half of the third inning, Padre pitcher Jake Peavy threw a 95 mph fastball to Giant’s slugger Barry Bonds who hit the ball 385 feet over the center field fence for his 700th career home run.   Here are the facts:  home plate is 66’6” from the pitching rubber, Jake Peavy is 6’2” so the release point of the ball is about 55 feet from home plate, his fastball traveled about 132 ft/sec so it reached Bonds in about 0.4 sec.  Most baseball “physicists” believe that a batter sees the baseball for the first time about 12 feet from the pitchers hand or about 40 feet from Bonds’ reach. Bonds therefore had about 0.3 seconds to decide if, when and where to swing at the pitch.  Bonds can only hit the ball in about a 6-foot span, the “hitting zone,” that he can reach with his arms extended about 3 feet holding a 3-foot long bat.  At that speed, the ball travels through his hitting zone in about 0.015 seconds.   So he basically decided this would be the pitch to hit for his 700th in about one-one hundredths of a second.  Quite a task!  No way could he accomplish that unless he could process those fractions of a second faster than “real” speed and swing at something appearing larger than a 2 ½ inch baseball.

How hard is this to do?  Very.  Ted Williams, who finished his baseball career with the highest lifetime batting average in the modern baseball era (0.344) and the highest single season batting average (0.416) once said, “Hitting a big league fastball is the hardest thing a man can ever do”.  Really? What is the difference between Barry Bonds or Ted Williams and jet pilots?  Lots.  For one thing the stakes are obviously a whole lot higher since there has only been one fatal injury in all of major league baseball history.  (On August 16, 1920 Carl Mays, pitching for the NY Yankees, struck Ray Chapman playing for the Cleveland Indians on the side of the head and he died the next day, presumably from an intra-cranial bleed.) Furthermore, as Warren Spahn, the most successful pitcher in baseball history said when he spoke to congress, “Mr. Speaker, baseball is a game of failure.  Even the best batters only succeed 35% of the time; the two best pitchers in baseball history only succeed in 67% of their games.”  But aviators, whose lives and those of our passengers are on the line, must absolutely get it right 100% of the time. Without being able to slow things down and avoid being overwhelmed by quickly developing events in an emergency, everything just turns into a blur that can’t be dealt with.

As I said in the last article, about 10% of us have the ability pre-wired in our heads to react to stress in this way. If you’re in the 90% who don’t there are some exercises that you can do to help speed things up so you can make the right decision under duress.   The good news is that like every other cockpit skill it can be mastered with purposeful and diligent training.  Neuroscientists have identified 3 brain exercises you can practice to improve your own “tachypsychia” capacities.  Studies of this effect show that perception of an event during stress is modulated by your recent experiences.  Your brain is most capable of slowing down events if they are similar to a recent previous experience since you have “pre-lived” the emotions and feelings.  The most important element they identify is currency and intensity of experiences. It’s like Doug said, his engine flame out really didn’t surprise him since with all his pre-planning he was almost expecting it.

In order to stay current and sharp and keep emergency protocols stored in your near term memory you do need to practice safety procedures often. The only way to accomplish this is with repetition, simulation and real life practice and training. The first brain training exercise is to fly with a CFI or experienced safety pilot to drill, repeat and practice emergency flight maneuvers. Pilots who don’t fly a lot are called “rusty” and it’s a great analogy like an old rusty hinge that’s stiff, hard to push on, and slow and cranky when you try to open it up.   Help with this is also available from the AOPA that has a great refresher course for rusty pilots and I have gone into detail on this in past articles that you can review to help sharpen your “tachypsychia” skills.

The second element neurologists have identified that enhances your own “subjective time dilation” is that you have to pay very close attention to your surroundings.  This is part of building and maintaining situational awareness that we’ve spent so much time on lately.  The key elements of SA that needs to be practiced to boost this skill are the information gathering and continuous re-assessment phase (Mica Endsley’s SA Parts I and II).  Constantly re-evaluating and re-assessing your situation means that your information is always up to the minute accurate so your orientation is always correct.   Reassessing your surroundings also serves to continually refocus your attention and that will minimize the post startle effect cognitive dysfunction that slows down your reactions times. (I’ll spend more time on this in coming articles.)

The third thing you can do is get amped up; psychologists call this “emotional arousal.” As Doug said, “dare your plane to fail you.”  When your emotions are highly engaged, norepinephrine and dopamine, those neurotransmitters I talked about before, get to the junctions (scientists called them “synapses”) between the nerve cells more quickly.  That speeds up nerve transmission and with it our perception of time slows, which gives us more time to choose the correct decision. Get amped up and stay amped up, fight boredom and stay ready. Practice these three brain exercises every time you fly.  If you learn to speed up your thinking you will have a few extra seconds to make sense of the commotion around you and scroll through solution options.  This helps resist making a quick first call that, as I have said before, is usually the wrong thing to do.  Those few extra seconds might just be the difference between a safe landing like Doug accomplished or a tragedy that might have been avoided like his wing mate Brice Simpson who just wasn’t ready for his emergency.  Stay sharp to fly safe and that means when your airplane throws you a fastball, you’ll be swinging at beach balls not baseballs.