Resources How prepared are you to Respond to an Accident

How prepared are you to Respond to an Accident?

Professional flight organizations typically create Emergency Response Plans (ERPs).  They also routinely drill to those ERPs. The drills are often referred to as “table tops.”  Almost every table top exercise results in some addition or adjustment to the ERP. Regulations change, government forms change, telephone numbers and addresses change. Light general aviation is not immune from many of the same risks, issues and changes that larger, more complicated flight operations face. As a result, it’s a good idea to keep some notes among your aviation records – your own personal ERP.  It could save you a significant amount of unintended consequences during a challenging time that you’ll hopefully never face. 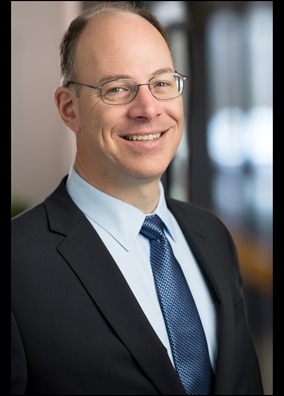 Paul Lange is licensed to practice law in New York, Connecticut and Massachusetts, as well as before numerous federal courts nationwide. His practice focuses on helping aviation businesses and other certificate holders resolve problems that are impacted by federal, state and local aviation laws and regulations. This includes FAA and DOT enforcement defense, air carrier fitness applications, airport access disputes, aviation business disputes, aviation accident response and emergency response planning, and the purchase sale and lease of aircraft. Paul spent 3½ years as an FAA attorney at the start of his aviation legal career, and presently serves in leadership positions in various aviation industry and bar association committees.

You probably recall NTSB Part 830 regarding accident reporting. You may have also heard of the related investigation procedures in Part 831. When was the last time that you even skimmed these regulations?  They’re not very long or extensive. You might be surprised, however, how often one needs to compare the exact language of the definitions and rules against the specific facts to determine one’s obligations.

Are you familiar with the NTSB’s accident reporting form?  NTSB form 6120.1 seeks an extensive amount of information. What’s requested may not all be available to you; some may be inapplicable. Importantly, look at the “Narrative History of Flight” on p. 9 and “RECOMMENDATION (How could this accident/incident have been prevented?) Operator/Owner Safety Recommendation” on p. 10.  These are among the toughest to complete.  Why?  It’s easy to say you’ll just be truthful, and the chips will fall where they may. A critical part of being truthful, however, is taking care to be thoughtful – and accurate – in your responses.  Facts (and conclusions) may on their face appear simple but are often less so when the fog of an accident clears.  After all, it’s not uncommon for the pros – NTSB and/or FAA investigators who are not emotionally wrapped up in the occurrence – to take a year or more to evaluate, understand and analyze those facts.

Your own personal ERP should include updating digital copies of aircraft and pilot logs.  Despite best intentions, originals have been known to become lost when leaving the hands of the owner. And multiple organizations typically need access – think insurance company, NTSB, and sometimes even FAA separate and apart from the NTSB investigation.  It sometimes includes the bank when the aircraft is financed.

Remember that your completed NTSB form 6120.1 becomes publicly available.  Your answers to its questions need to match your answers to the questions on the forms of others – such as an insurer’s proof of loss form.  It’s not uncommon for even the most well-intentioned flight organization to complete one or the other of these forms in a vacuum and later realize that a more accurate – and truthful – answer may differ.  Inconsistent answers are never a good thing, and don’t help either the pilot or investigators.

In short, prepare in advance.  Be careful, thoughtful and accurate in your responses.  Answer only the questions asked.  Don’t guess or speculate.  When you don’t know an answer, say you don’t know.  You’ll be glad you did.

Editor’s Note: To help you through this process, it’s recommended that you first contact AOPA’s Legal Services Plan when possible before making any statements related to an aircraft accident, incident or other aviation-related legal matter. Contact AOPAs legal services plan by calling: 800.872.2672.

It's Easy To Fly Smarter

It's Easy To Fly Smarter