Resources DUIs What Pilots and the FAA Need to Know

DUIs - What Pilots and the FAA Need to Know

In addition to other serious consequences, driving an automobile under the influence of alcohol can affect not only your insurance rates and driving privileges but also your FAA medical certification. 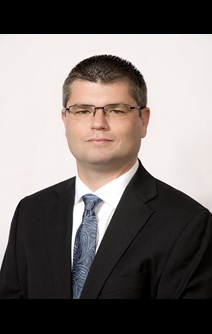 Chris Pezalla is a Florida licensed attorney, working with the Law Offices of Robert Strumor. He assists our members with various aviation-related matters including FAA Pilot and Medical Certificate actions. In addition to being an aviation attorney, Chris is currently an airline pilot and the owner of an aviation consulting firm in Daytona Beach, FL.

Life throws challenges at us from time to time, and anyone who has been charged with driving under the influence (DUI) or driving while intoxicated (DWI) knows this to be true. In addition to other serious consequences, driving an automobile under the influence of alcohol can affect not only your insurance rates and driving privileges but also your FAA medical certification.

The FAA takes a particular interest in DUIs for two main reasons. Firstly, there is the risk that a pilot may operate an aircraft while under the influence of alcohol or drugs. Secondly, high levels of alcohol consumption could affect a pilot’s overall health.

Since the FAA has no direct means of tracking alcohol consumption, the agency uses DUI events as a means to identify individuals with potential alcohol or substance issues. This method is far from perfect, but it is the one utilized by the FAA.

For alcohol related driving offenses, the FAA sets out two separate reporting requirements, which are often confused. The first is set out in FAR 61.15, and requires pilots to report all “motor vehicle actions” or convictions related to DUIs to the FAA’s Security and Hazardous Materials Safety Office within 60 days of the effective date of the action or conviction. This may be accomplished via an FAA form letter, which can be downloaded from www.faa.gov. “Motor vehicle actions” include a suspension, revocation, or cancellation of a driver’s license, in addition to a conviction.

In many states, a driver under arrest for a suspected DUI receives an immediate (roadside) suspension of their driver's license pending an investigation. This roadside suspension is enough to trigger the 60-day reporting requirement, which starts at the time the suspension begins.  Once the matter is adjudicated, a second 60-day report will be required to report if there is a conviction for any violation of a federal or state statute relating to operation of a motor vehicle while intoxicated, impaired, or while under the influence of alcohol or a drug.

The second requirement is to properly answer question 18v on all future FAA medical applications.  This question and the accompanying instructions and examples must be read carefully, as it asks about any arrest(s) and/or conviction(s) involving DUI/DWIs.  It also asks about a “history of any arrest(s), and/or conviction(s), and/or administrative action(s) involving an offense(s) which resulted in the denial, suspension, cancellation, or revocation of driving privileges or which resulted in attendance at an educational or rehabilitation program.” Remember, any DUI arrest is required to be reported here, even if there is no resulting administrative action or conviction.

DUI and DWI charges are problematic and frustrating life experiences; ones which are magnified for pilots. Make sure to understand and comply with the requirements of FAR 61.15, properly complete FAA medical application, and reach out for any help. The AOPA Legal Services Team and the AOPA Panel Attorneys are here to help you keep your wings level and climbing higher.