Resources The Edge of the Slippery Slope

The Edge of the Slippery Slope

The quest for the Holy Grail of longevity and youth has been an ongoing journey since the beginning of civilization. To own a six-pack belly, a carved muscular body, slim waist, and lots of hair are necessities for a fulfilled physical and mental life. Or is it? 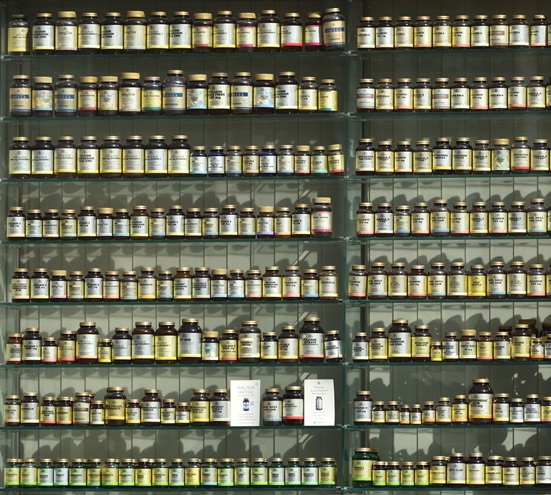 Pilots are always looking for the path to longevity. A longer, healthier life translates into keeping our medical and continuing to fly. The question being asked here is, do over-the-counter performance-enhancing supplements (PES) or image-enhancing products and stimulants work and what is the evidence?

The FDA does not regulate sports supplements, as most of the products are plant based. The regulations for performance-enhancing supplements include the Dietary Supplement Health and Education Act of 1994, which created supplements as a category not subject to U.S. Food and Drug Administration (FDA) approval for safety or efficacy before coming to market. Since the products lack manufacturing oversight, consumers run the risk of contaminated or missing ingredients.

The early days of supplementation were based on hearsay and anecdotal evidence. Sports supplements including tablets, capsules, liquids, powders, and bars have numerous ingredients. The most common are amino acids, protein, creatine, and caffeine. Sales of these products totaled $5.67 billion in 2016.

The data has been increasing over the past 15 years, but there are many unanswered questions. What is the efficacy of these products and are these studies tainted by company-sponsored trials that may cause bias?

Creatine is found in meat and fish. A carnivore diet gives about 1 gram of creatine per day. A popular oral supplement being utilized is creatine monohydrate powder. The proposed mechanism of action is that creatine delays the onset of muscle fatigue during high-intensity training. The data for performance benefit is small and of short duration in maximum intensity resistance training. Studies of creatine have evaluated the number of bench presses, power cycling times, soccer performance, and male sprinter times with the endpoint of performance increases. No benefit was shown in aerobic activity or “on field” athletic performance. The best data for increases in lean tissue mass and upper and lower body muscular strength during resistance training is in the older adult population. Short-term use (5-7 days) at usual doses appears safe. A concern with creatine use is the possibility of decreased renal function due to nephrotic metabolites (formaldehyde). This finding has caused a recommendation against the use of creatine by athletes.

Androstenedione (Andro©) is a hormone produced by the adrenal glands, ovaries, and testes. Androstenedione is converted to testosterone and a form of estrogen (estradiol) in both men and women. Androstenedione became popular post-1998 when Mark McGwire broke Roger Maris’ season home run record. In one study, 10 healthy young men (ages 19-29) took a single 100 mg dose of androstenedione. Another 20 participants took either a 300 mg/day of androstenedione or a placebo for 6 of 8 weeks while undergoing resistance-training and muscle-strengthening exercises. The short-term or long-term use did not change testosterone plasma levels, nor were there increased gains in performance, muscle strength, or lean body mass. The participants had a decrease in good cholesterol (HDL) and an increase in estrogen levels. The study was “The Effect of Oral Androstenedione on Serum Testosterone and Adaptations to Resistance Training in Young Men: A Randomized Controlled Trial,” published in JAMA 1999;281:2020-8.

A second trial was a double-blind, cross-over, placebo-controlled trial in 8 healthy men (average age 44) who were supplemented with 200 mg/day of androstenedione for 28 days. There was a diminished treatment response over the 28-day treatment (Br J Sports Med 2003;37:212-218). Side effects of androstenedione in men include acne, diminished sperm production, shrinking of the testicles, and enlargement of the breasts. In women, side effects are acne and masculinization (deepening of the voice and male-pattern baldness). In March 2004, the FDA warned companies to stop producing androstenedione. The U.S. Department of Justice in the same year classified androstenedione as a Schedule III controlled substance (a drug with a moderate to low potential for physical and psychological dependence). Examples of prescription medications that are in Schedule III are cocaine, morphine, and oxycodone.

In another study, caffeine was administered to athletes who did not use caffeine regularly. The athletes had better running, cycling, swimming, and rowing times. One cup of coffee contains about 100 mg of caffeine. Caffeine may diminish physical performance as well as sleep, cause irritability and anxiety at doses greater than 500 mg. The adverse drug effect that concerns me the most is cardiac arrhythmias. I had 2 patients admitted to the Emergency Department who had taken weight loss and sports supplements containing high-dose caffeine and guarana before working out. They were admitted to the hospital for cardiac arrest.

The U.S. Navy has addressed the use of sports supplements and testosterone precursors for naval aviators. They see creatine as safe, as long as 64 ounces of water is consumed with the supplement. After the first dose of creatine, the pilot is grounded for 24 hours to monitor for GI or other possible side effects. Caffeine intake can be no more than 450 mg. Additionally, all testosterone precursors are a no-go.

Everything that is put into our pilot-bodies will play a role in our physical and emotional well-being. The studies for performance-enhancing supplements are small and observational. From my clinical standpoint, larger randomized controlled trials need to be done before any clinical recommendations can be made. When it comes to comparing risk to benefit, I see very little benefit and more risk. I am sticking with my Mediterranean diet, yoga, and meditation.