The Startle Reflex: Shaken, not Stirred

Father Time, along with today’s political correctness, has long ago passed by those old James Bond flicks but there are still a few good lines that cause us to chuckle. James had all the gadgets, guns, women, and danger that could only exist in one of those old movies. He also had a penchant for his martinis, but they had to be “shaken, not stirred.” People get stirred up too when something abrupt and unexpected happens; that’s a normal part of our self-defense against danger. Getting all stirred up and startled isn’t the issue, but getting so shaken that you can’t think clearly to solve the problems confronting you is a big problem. 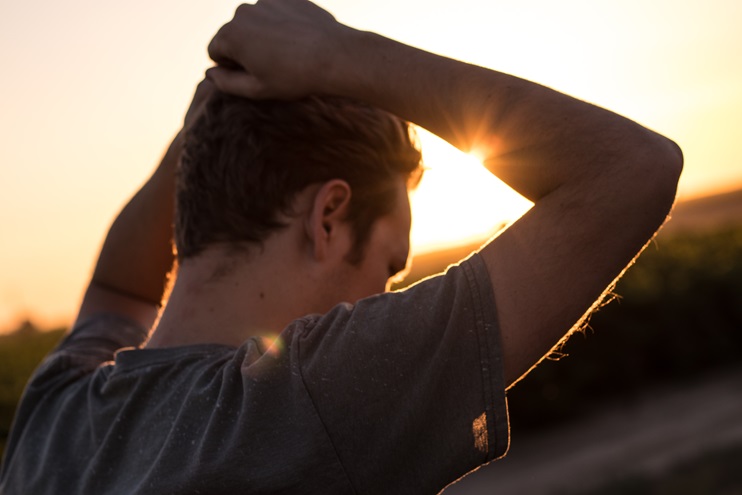 The time our brain gets too shaken and scrambled to figure out what to do can last from a few seconds to over a minute, depending on what’s happening and also on how you’re wired upstairs. Never at a loss for fancy labels, psychologists call it the “period of post-startle cognitive dysfunction.” This is based on studies that show a definite lag time before your brain recovers and can choose a correct option and make a good decision after your startle reflex has been triggered. This post-startle brain fog could have led to a tragedy for Doug Downey and possibly dozens of kids on the ground as he flew his crippled F-117 Bandit 650 if he had not been able to overcome it. (By the way – listen to Doug’s story directly as he and I talk about all this in a new podcast that you can check out.) Quickly clearing your head and dealing with an emergency in the air like Doug did is crucial since these first few moments will determine your fate.

The startle reflex is generated by the autonomic nervous system (that fight-or-flight reaction again) we have talked about for a while. In another multisyllabic tongue twister, neuroscientists call it an “unconscious, aversive, attention-orienting process.” We all know the symptoms of being shaken up—that feeling like you’re jumping out of your skin that is caused by stress hormones pouring into your blood stream. It is a ubiquitous but unpredictable reaction that is hardwired into our brains to quickly focus our attention on a threat. In some form or other, it is present in pretty much every species on the planet that have avoided danger and survived through time. In most cases, when the startling stimulus proves to be minor or a false alarm, the duration of sudden confusion is short, just a few seconds, and recovery of our senses happens right away. However, the magnitude of the autonomic nervous system response will vary depending on the level of perceived threat. When a startle is due to some real life-threatening event (or at least is perceived to be life threatening), the autonomic reaction can be substantial, exploding into a full stress reaction.

The critical need to quickly get a grip on yourself after a jolt of surprise and overcome this post-startle cognitive impairment is important in everything we do. One of the most basic reasons is that a sudden stimulus might be minor or altogether a false alarm and an overreaction to it will cause more harm than good. Driving in a car and seeing some shadowy image jump out of the corner of your vision can cause you to swing the wheel into oncoming traffic before you realize it’s not a real threat. At more than three times the speed in an airplane, the time to recover from a bad reaction is much less and the results of a reflexive first reaction can be much worse.

NASA and other human factors research shows that when your brain gets into this post-startle shake-up there is a real negative impact on our problem-solving capacity. This cognitive impairment is due to a temporary dysfunction of the parts of the brain that handle short-term memory. This is a big deal since the brain stores solutions to emergencies that we have practiced and trained for in these rapid recall short-term memory areas of the frontal cortex. But in the post-startle storm, these files of solutions get hijacked while the rest of your brain tries to make sense of the stimulus. The bigger the surprise and farther the risk is outside the framework of expectations, the longer it takes to make sense of it. Unless the startle triggers a “pre-lived“ solution from the short-term memory that the brain instantly engages, the decision-making process is short circuited right to the spinal cord for a reflexive muscle reaction. This reaction is basically directed at turning away from the threat like swerving the steering wheel away from a shadow, but that could be a fatal mistake. Let’s dissect what’s going on during this critical time and see how to minimize this brief but risky period of befuddlement.

Any of our senses can be assaulted like this but more commonly it is auditory, visual, or tactile input that triggers the startle response. The nerves that are triggered by an outside surprise blast their warning very rapidly to a crucial area in the center of the brain that we have talked about before and is called the hypothalamus. It is here that the brain matches up incoming sensory images to stored images on a “good thing bad thing” scale. When the signals are perceived as bad, as a threat, the hypothalamus sends the signals to both the amygdala and the cortex for a response. The cortex is where intelligent decision-making occurs but if the amygdala senses danger, it makes a split-second “decision” to trigger the fight-or-flight response before the cortex has time to overrule it. This triggers the release of adrenaline (epinephrine) that gives you that “jumping out of your skin” feeling, also sending signals to the spinal cord for muscle reactions and eliminating any mental deliberations for decision-making and reducing our response to just reflexive and evasive actions.

When this process gets out of hand it has been referred to by psychologists as the “amygdala hijack.” This reflex is incredibly fast, with human studies showing startle-induced reflex movement in some muscles in as little as 14 msec. The rapidity of this reflex means that the threat assessment in the amygdala is virtually instantaneous, much quicker than the cortical thought processing that takes more than 40 times longer, sometimes up to almost a minute. A lot of potentially bad things can happen at 200 mph a few miles up in the sky during this time.

Next month we’ll get into a little more detail on what’s happening to your thinking and problem-solving skills during these crucial seconds after a bad surprise. We will also talk about several ways you can overcome and quickly clear the post-startle fuzziness and make accurate and life-saving decisions during this time to avoid a mistake and a possible disaster.