Logbook Inspection 102: What to Do When the FAA Wants to See Your Pilot Logbook

The May 2020 issue of the AOPA Pilot, featured an article by AOPA Senior Counsel Jared Allen, Logbook Inspection 101, which reviewed pilot requirements under FAR 61.51. In this two-part article, we will review some additional basics, and then discuss how to protect your rights as a pilot when complying with a logbook production request.

This scenario begins when Mr. Pilot receives a certified letter from the nearby FSDO. Not knowing what the contents are, he opens it curiously to read:

In accordance with Code of Federal Regulations (CFR) 14 CFR Part 61.51, the Administrator is requesting that you provide your logbook history to date for review.

Failure to comply with this requirement within ten days of receipt of this letter may result in Certificate action.

Please make an appointment to bring your pilot logbook(s) into this office.

Mr. Pilot is a compliant fellow who calls the inspector and makes an appointment to produce his logbook. The trip to the FSDO requires Mr. Pilot to take a day off of work to drive several hours each way.

When Mr. Pilot arrives at the FSDO, he is ushered into a conference room with five inspectors sitting around the table making eye contact with him. He begins to get uncomfortable. At this point, he realizes that this request by the FAA is not simply providing his pilot logbook to the FAA for copying, which he anticipated, but is more akin to a Papal Inquisition from the Middle Ages. As one inspector takes Mr. Pilot’s precious flight records to be copied, another inspector begins his interrogation:

As the questions continue, Mr. Pilot realizes that this is not what he came to the FSDO for. By now he silently considers that “Maybe I should have called the AOPA Legal Services Plan when I got that letter, but I have not done anything illegal.” At some point, he musters enough courage to tell these inquisitors that he didn’t come prepared for an interview. Then the inspectors finally curtail their examination. Finally, when the inspector comes back with the logbook, Mr. Pilot is subjected to further interrogation.

This anecdote should give you pause to consider your rights as a pilot, and what is legitimate conduct by the FAA during a visit to produce your logbook.

It is important to know what is required when presenting your logbook for review by the FAA since the letter and scenario above can be intimidating to any pilot regardless of their flight experience.

In presenting your logbook, the FAR does not require you to answer the questions from FAA inspectors. Should you inadvertently find yourself before an inquisition, practical strategy would be to advise the inspectors, “I did not come here prepared to answer your questions, but if you would email your questions to me, I will review them and determine if a response is necessary.” At that point, contact the Legal Services Plan and obtain the services of an attorney who is qualified to respond on your behalf.

Also, FAR 61.51 also does not require you to justify your logbook entries to the FAA. For example, if the FAA asks where your endorsement for a flight review is located, you can show the inspector where it is, but you are not required to answer any questions regarding the substance of flight review or other entries.

If you have received a letter of investigation, remember that under the Pilot’s Bill of Rights, there is no jeopardy or adverse inference that may be drawn by the FAA from not responding to the letter. Should questions arise, rather than being blindsided or surprised, it is sufficient to advise the FAA, “Review the copy of my logbook, and send me an email if you have any questions.” In any case, you should contact counsel regarding whether a response is required.

At all times when you are dealing with the FAA, it is important to be polite and professional. If you find yourself in such a situation, you should defer responding until you obtain the questions in writing, and work with counsel on the substance of the response.

The FAA developed an agency Compliance Philosophy (since renamed to Compliance Program) which it implemented in 2015 to address aviation safety through the lens of safety risk management. Where violations occur that are not the result of “intentional, reckless, or criminal, and uncooperative behavior,” inspectors are charged with utilizing corrective and compliance actions to promote adherence to the FAR. Your unwillingness to answer questions on the spot should not be construed as being “uncooperative” so long as you explain that you are not prepared to answer your questions on the spot, but you are willing to respond to an emailed or written list of questions. While you want to be compliant, you are not obligated to answer questions as part of a logbook production.

As a lawyer, I have often been concerned that an inspector may not accurately transcribe a client’s verbal response. I have shown clients a memorandum or an inspector statement only to be told by the client, “I didn’t say that.” There are risks to being surprised with questions when you are not prepared. Providing a written answer ensures that in any statement, your words are not misquoted or taken out of context.

For review purposes, pilot logbooks are addressed in FAR 61.51. The regulation states, in part:

Persons must present their pilot certificate, medical certificate, logbook, or any other record required by this part for inspection upon a reasonable request by --

(i) The Administrator;
(ii) An authorized representative from the National Transportation Safety Board; or
(iii) Any Federal, State, or local law enforcement officer.

The NTSB has held that the term “reasonable” means that “compliance does not require any inappropriate or undue burden” upon the airman. The NTSB stated that the “FAA is not required to explain or establish why it wants to see the records.” In addition, the NTSB added, “an airman, upon reasonable request, does not have the liberty to decide whether to comply with the inspector's request to see his personal logbook." If you maintain a logbook, you must produce it subject to the reasonableness of the request.

The reasonableness requirement also has a time component. Based upon the circumstances, such production does not have to be immediate, nor does it have to be done within ten days. There is no specific requirement in the FAR to produce the logbook or to make an appointment within ten days as the sample letter implies. In some cases, the certified letter may not be received within ten days. What is a reasonable amount of time is really based upon the circumstances. For example, a pilot may be out of town for an extended period of time, the pilot may not have the logbook in his or her possession, or due to a work or school schedule, it is impractical to schedule an appointment within ten days.

In part two of this article next month, we will explore recommended actions a pilot can take after receiving a request for logbook production. We will also cover details about what is required to be logged, practical considerations in producing paper and electronic logbook entries for inspection, and best practices for preparedness should an unexpected request arrive in your mailbox. 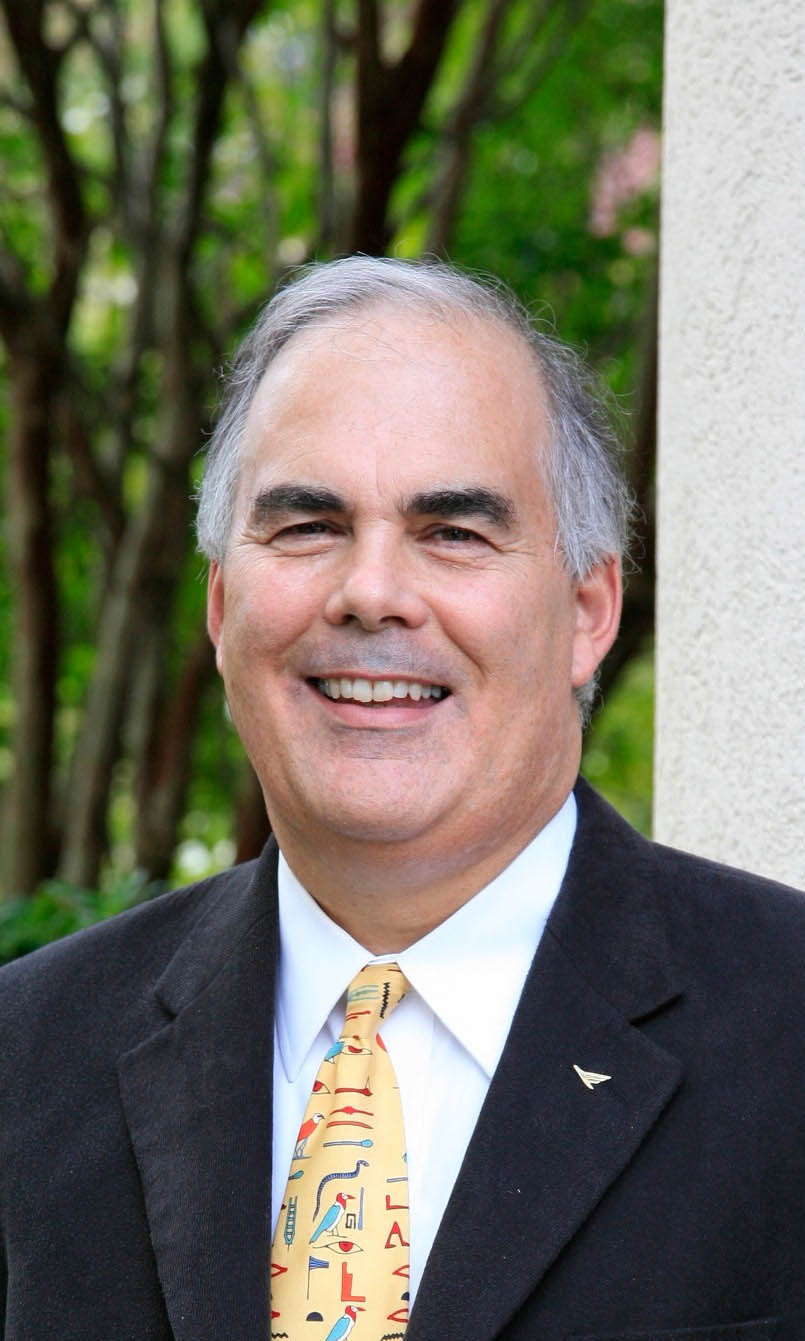 For more than 30 years, John Hodge has represented clients in aviation matters including business aspects of aviation, regulatory compliance, enforcement, liability issues, corporate flight department operations, and UAS policy. He has also handled matters before the NTSB and FAA, and in state and federal trial and appellate courts. He represents the South Carolina Aeronautics Commission, and he wrote a wholesale revision to the State Code on Aeronautics in 2012. Mr. Hodge has over 22,000 hours as a pilot in aircraft ranging from gliders, seaplanes, and general aviation single and multiengine aircraft to transport category jet aircraft. He holds an FAA Airline Transport Pilot Certificate with type ratings on B-737, 757, 767, A-320, and A-330 aircraft. He is also a Certified Flight Instructor and holds Flight Engineer – Turbojet, Advanced Ground Instructor, and UAS Certificates. He has industry experience in Part 91, 135, and 121 flight operations. He has piloted aircraft in USA domestic, transatlantic, Caribbean, Central American, European, South American, and Pacific operations. Mr. Hodge is also a Registered Professional Geologist and has also practiced environmental law for over 37 years is founder of Hodge & Associates in Columbia, South Carolina, a firm that practices environmental and aviation law.