Resources The Safety of the Special-Issuance Diabetes Type I Medical Certificate for Airline Transport, Commercial and Private Pilots

The Safety of the Special-Issuance Diabetes Type I Medical Certificate for Airline Transport, Commercial and Private Pilots

The Federal Register/Vol. 84, No. 216/Thursday, November 7, 2019/Notices took a huge step forward, providing pilots with insulin-treated diabetes mellitus (ITDM) to have a process to apply for a first- or second-class special-issuance medical certificate. 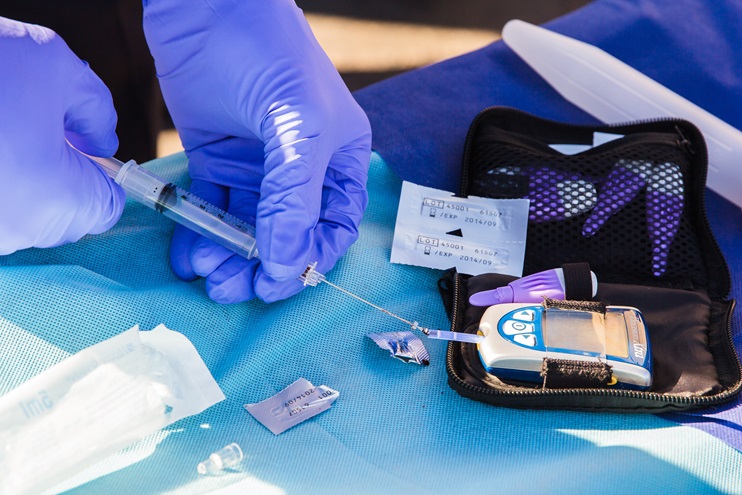 Previous to this announcement, pilots with ITDM could only apply for a third-class special issuance.

CFR 67.401 is the standard for all airmen that addresses the freedoms of exercising the privileges of the private pilot certificate. CFR 67.401 addresses the reasonable risks to the pilot and property that are not acceptable in the exercise of the commercial or airline transport pilot privileges. This CFR also addresses the safety of persons and property in other aircraft and on the ground.

ITDM medical risks include cardiovascular, neurological, ophthalmological, and renal complications. Diabetics are a high-risk patient population for heart attacks, strokes, blindness, and kidney disease. For ITDM, glucose control with insulin is tantamount to a healthy lifestyle. Insulin therapy requires extra time and attention to ensure it is administered properly, at the right dose and at the right time. Any break in this treatment can lead to the biggest fear of the FAA, hypoglycemia (low blood glucose).

Diabetics who do not have to administer insulin are controlling their blood sugars with diet, exercise, and oral hypoglycemic medications. This risk for hypoglycemia is lower for these patients. The risk for hypoglycemia is much higher in ITDM patients. There are many different types of insulin products that are utilized. There is long-acting insulin that controls glucose levels for 24 hours or longer. Examples of long acting insulin are insulin glargine (Lantus®) or insulin detemir (Levemir®). The preferred insulin regimen recommended by endocrinologists is a combination of long-acting, non-peaking insulin and short-acting insulin, aspart (NovoLog®) or lispro (Humalog®). This combination simulates the pancreas production of insulin throughout the day. It is called Basal/Bolus insulin therapy. The long-acting insulin covers all the stressors during the day that will increase glucose in the body and the short acting insulin covers glucose spikes from the three meals throughout the day.

Before November 2019, there were approximately 500 ITDM pilots with a special-issuance third class medical certificate. The pilots were testing their blood glucose with finger-stick glucose testing. The FAA has set up glucose parameters that must be met before and during flight. The pilots use a variety of different insulins and measuring devices for glucose monitoring.

The first insulin pump was invented in 1963 and the first glucometer was on the market in 1971. The insulin pump provides continuous short-acting insulin to be released in the body. This must be used in conjunction with a glucometer to measure the glucose levels throughout the day. A new technology for glucose monitoring is continuous glucose monitoring (CGM). This type of monitoring was the final step of safety to move the FAA to add the first- and second-class special issuance for ITDM pilots.

Continuous glucose monitoring devices are attached to the body. This small device continually monitors the glucose level of the insulin dependent diabetic. The device sends a glucose level to a smartphone every 10 minutes. With this very valuable information the diabetic can monitor and make any changes to their insulin therapy. This method of monitoring has been shown in clinical trials to decrease Hemoglobin A1C (HgA1c) levels and lower the number of hypoglycemic events. An example of one the most commonly used devices is the DEXCOM G6 CGM. As a review, hypoglycemia can manifest as impaired cognitive function, seizures, unconsciousness, and death.

The DIAMOND Randomized Clinical Trial studied the effect of continuous glucose monitoring on glycemic control in adults with ITDM using insulin injections. The trial looked at 158 patients over a 24-week period. The result of the trial showed better glucose control and a lowering of the HgA1c level, JAMA. 2017;317(4):371-378.

In 2013, the FAA asked the American Diabetes Association (ADA) to meet and recommend a protocol for pilots beyond the third-class medical certificate. The ADA, after considering all the evidence and clinical experience, concluded that there are pilots with insulin-treated diabetes whose risk of incapacitation in flight is equivalent to, or lower than, pilots who do not have insulin-treated diabetes. Their risk, like the risk presented by pilots who do not have insulin-treated diabetes, is nonzero, but extremely improbable. It is the recommendation of the Expert Panel that FAA policy should be updated to reflect current diabetes medicine and permit such pilots medical certification at the first-, second-, and third-class level.

In 2015, the FAA Civil Aerospace Medical Institute (CAMI) evaluated U.S. pilots flying with ITDM. This study was done looking retrospectively at data between 1983 and 2005, to evaluate trends for obesity and diabetes in the pilot population. The study also explored the effects of diabetes on flight safety and longevity of the pilots. The number of pilots with diabetes rose from 2,768 in 1983 to 10,806 in 2005. CAMI proceeded to research the aviation events involving ITDM pilots. They found 18 general aviation events occurred from 1997-2005 involving ITDM pilots. The study concluded that, overall, the NTSB data did not show diabetes as a direct causal effect of the accidents (DOT/FAA/AM-15/5; March 2015).

The FAA compiled all of this information and developed a new FAA ITDM protocol for special issuance. Input was received from the medical experts, the CGM data, experience with the ITDM special issuance third-class medicals, data from other countries, ITDM data for airline transport and commercial pilots (Canada and the UK), and the data from CAMI to establish this new ITDM protocol.

The application will be through MedXpress for review and consideration. CGM will be implemented for the first- and second-class special issuance ITDM applicants. Authorization for special issuance will be based on a favorable determination that the safety of flight can be maintained. Third-class medical applicants can apply under the existing protocol or new CGM-based protocol. Applicants will continue to work with their AME and medical specialists to coordinate all the medical records necessary to complete the application.

I am so pleased that ITDM pilots are presently offered an opportunity to be airline transport and commercial pilots. The ITDM pilots who have a third-class special issuance already know the joy of being able to fly. As a healthcare provider, I have seen the benefits of glucose control and monitoring, healthy diet, better insulin delivery systems, and advanced technology for monitoring in the diabetic patient. This ultimately leads to better life outcomes. The FAA has utilized physician experts in endocrinology, the ADA, and evidence-based studies to create and implement a protocol that will offer a qualified pilot with insulin-dependent diabetes a career in aviation. Bravo and kudos to everyone involved in this protocol.