Resources Is There an Evidenced-Based Role for Dietary Supplements in Our Lives?

Is There an Evidenced-Based Role for Dietary Supplements in Our Lives?

My forty-year pharmacy mission has been and will always be to ensure that the patient population I see are using evidence- and guideline-based medications. 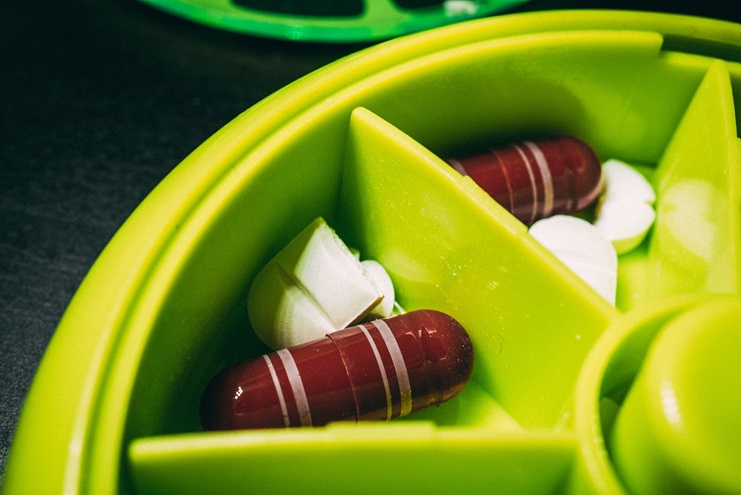 A majority of the medications since the late 1990s have been studied in randomized controlled trials under very rigorous scrutiny for positive outcomes and better quality of life by the FDA.

The FDA reviews the new drug application, and all investigational data, and decide if a medication will be approved. On some occasions, independent experts, called the Advisory Committee, work together to ensure the new medication submitted to the FDA is safe. The Advisory Committee, composed of independent experts in their fields, will decide if the medication is worthy of approval or disapproval. This process, however, does not apply to dietary supplements.

The FDA’s definition of a dietary supplement is a product taken by mouth that contains a dietary ingredient. Dietary ingredients include vitamins, minerals, amino acids, and herbs or botanicals, as well as other substances that can be used to supplement the diet (FDA.gov). I am including the FDA’s meaning of botanical or herbal products as it will help with my discussion of nootropics. Botanicals or herbal products may include plant materials, algae, macroscopic fungi, or a combination of these materials.

There are some do’s and don’ts for dietary supplements per the FDA. Dietary supplements are not intended to treat, diagnose, cure, or alleviate the effects of diseases. Using supplements improperly can be harmful. Some supplements can have unwanted effects before, during, or after surgery. Some supplements are useful in reducing the risk of certain diseases and are authorized to make label claims about these uses. For example, the FDA is fine with the caregiver recommending the use of folic acid during pregnancy claiming that it may reduce the risk of birth defects of the spinal cord.

One of my largest areas of interest was the use of dietary supplements to increase memory and cognition. My biggest concern was the use of piracetam. Piracetam is a nootropic, which is also known as a brain enhancement dietary supplement. Piracetam has been studied in post-stroke patients with no benefit seen. Nootropics are very popular in the U.S. U.S. sales exceeding $640 million were spent on nootropics in 2015. Everyone is looking for increased memory and clarity is this very hectic world. Most of the piracetam studies were observational studies that included a very small number of study patients. In the studies that are available, a modest or no beneficial effect was seen in patients. In research language, these studies were not “powered” to evaluate that a true positive, neutral, or negative effect existed.

My concern is that piracetam is available as a dietary supplement and is also prohibited by the FDA. An article in JAMA Internal Medicine, November 25, 2019, evaluated 4 brands of brain enhancements that contained piracetam. There was a huge range of the amounts of piracetam in the supplements. Piracetam is a prescription medication in Europe. The prescription dose is 2,400 mg to 4,800 mg and must be adjusted downward if the patients has renal dysfunction. The supplements that were purchased had individual doses of 1,500 mg and daily doses of 11,000 mg. The adverse side effects of prescription doses of piracetam include anxiety, insomnia, agitation, depression, drowsiness, and weight gain (JAMA Intern Med. 2020;180(3):458-459).

A warning letter, titled, “Peak Nootropics LLC aka Advanced Nootropics” on February 05, 2019, was sent by the FDA to the manufacturing company of one piracetam product. The FDA found piracetam, pramiracetam, and phenypiracetam in their products making claims that, per definition, are being used as drugs. If the claims fall under the definition of drugs, then the products would have to go through the FDA approval process. Each of the dietary supplements had insufficient data to show an effect on brain enhancement. This also falls under the definition of misbranding.

A nootropic called Prevagen® has been under scrutiny since 2012. Prevagen® makes claims of “improving memory and supporting healthy brain function, sharper mind and clearer thinking.”  The main ingredient is a calcium binding protein (apoaequorin) derived from jellyfish. It is felt by many bioavailability experts that our digestive juices would inactivate the protein before it enters the blood stream.

The company study for Prevagen® was called the Madison Memory Study, which used cognitive tests for executive functioning that is not a validated test for cognitive research (INTEGRATIVEMEDICINE;Vol.21, Issue 9,P38,September 01, 2015). I looked at the bar graph in the study that shows the difference between the dietary supplement and placebo. It showed a rise from 5% to 10% to 20% over 90 days in recall tasks. I could not see how many people were studied, what the numbers on the Y axis are measuring, and if there was statistical significance. My biggest question was what happened after 90 days.

The Public Health Service, Food and Drug Administration on October 16, 2012, sent a letter to the company saying the benefits of Prevagen® were not proven and charged the maker with false advertising. In legal filings the company was accused of selective reporting of data and misleading the public.

I have chosen just a few of the dietary supplements that have been consumed by the American public. As pilots, we must evaluate what we are ingesting each and every day of our lives and especially before flights. The FAA discourages flying while using certain dietary supplements that are purchased over the counter. There is no requirement to report their use. The dietary supplements that we can purchase over the counter may have benefits that cannot be answered without randomized controlled trials. Dietary supplements do not come under the auspices of the FDA until a negative event occurs. The FDA also has no regulatory control of the production process. It is always a risk versus benefit decision. At this present time, I see all risk and very little benefit. Stay healthy with diet and exercise and enjoy every moment to the fullest.