“Today, booking a charter flight can be as easy as tapping a few buttons on your mobile device. But that doesn’t mean the flight is legal or safe.” 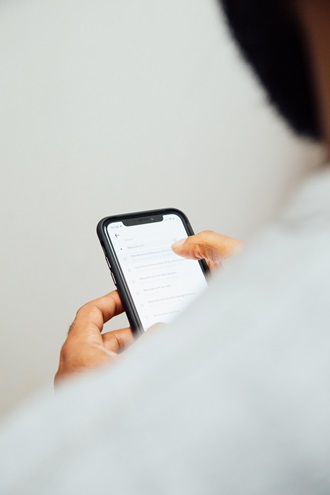 That blunt advice from the FAA recently appeared in an FAA Safety Team notice titled Important Charter Guidance for Pilots and Passengers. That Guidance was issued following a letter that the FAA sent to BlackBird Air on December 17, 2019.

BlackBird Air is a platform or app which, among other things, allows a potential passenger to hire a pilot and lease an aircraft for the purpose of getting from Point A to Point B. In the December letter, the FAA put BlackBird (and, by extension, pilots and aircraft owners who flew for or leased their airplanes through BlackBird) on notice that it believes that “the pilots participating in BlackBird's platform and using its app are holding out and thus are engaged in common carriage.” The letter makes clear that this conclusion applies only to those flights ostensibly conducting under 14 CFR Part 91, and does not apply to legitimate charters operating under Part 135 or to FAR 91.501 flights with which BlackBird may have been involved.

With regard to the Part 91 flights,  the FAA’s position that the pilots participating in BlackBird's platform and using its app are engaged in common carriage means that in order for those operations to be conducted properly, they must be operated by an air carrier certificated under Part 119 and in accordance with the regulations in Part 135 (Part 121 applies to scheduled air carriers such as airlines and is outside the scope of FAA’s analysis here). The FAA points out in the letter that certain exceptions to Part 119 apply to some discrete for-hire operations (e.g., crop dusting and banner towing, among others). However, FAA has determined that no exception applies to the purported Part 91 operations conducted using Blackbird’s platform.

BlackBird asserts that it is only a marketplace, that the passenger chooses a pilot and an aircraft separately from its respective databases, and that it is not holding out. BlackBird’s model is intended to allow the passenger/lessee to have operational control through a short-term “dry lease” scenario. In a “wet lease,” by contrast, the same outfit provides both the aircraft and the flight crew to the lessee, and thus that outfit maintains operational control. For more on the distinction between wet and dry leases, operational control, and the FARs, see LSP Senior Attorney Jared Allen’s upcoming For The Record column in the March issue of AOPA Pilot.

The letter also addresses the “jeopardy facing pilots who participate in BlackBird's service.” Indeed, the letter states unequivocally that a pilot would commit a regulatory violation if that pilot “conducts an operation under only Part 91 that is subject to the requirements of Part 119...” Thus far, AOPA has not seen any indication that the FAA is pursuing action against pilots who flew for BlackBird prior to the date of the letter. In the subsequent Guidance document, the FAA stated that it did not plan to initiate any backwards-looking enforcement actions against pilots who had flown BlackBird flights before the date of the letter (see quote from the FAQ below).

A: At this time, the FAA is reminding pilots and alerting passengers about the requirement that Commercial pilots and Airline Transport Pilots must also conduct charter flights under proper Part 119 certification. The FAA does not plan to take enforcement action against pilots who have conducted prior flights using the Blackbird app without a Part 119 certificate. However, any pilot who doesn’t meet these requirements and conducts for-hire flights going forward could face enforcement action from the FAA.

Additionally, the language of the Letter and the Guidance suggest that FAA may pursue enforcement action against pilots making such flights subsequent to date of the Letter.  The Letter advised Blackbird to “expect further investigative activity into Blackbird’s operations” and stated that the agency would be interested in learning of any actions that Blackbird intends to take.

The FAA’s letter to Blackbird, although not law itself, represents the FAA’s legal opinion and the position the agency would likely adopt in any future enforcement action or litigation concerning these matters.