The majority rule in the United States favors the enforcement of liability waivers / releases immunizing parties from future liability for their negligent acts.  Aircraft owner pilots may wish to consider requiring their guests to execute a liability waiver in addition to the protections afforded by available insurance. 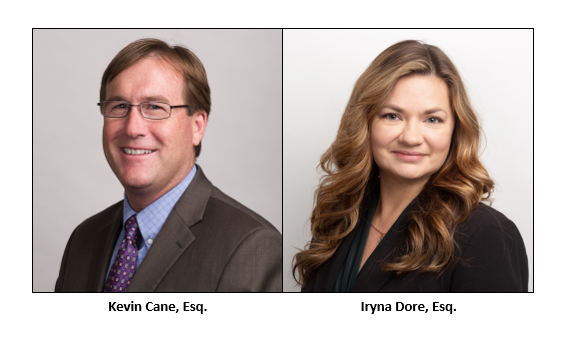 Kevin Cain, Esq. is licensed to practice law in California, Massachusetts and Rhode Island. His current location is in Massachusetts.  Kevin assists our members with various aviation related matters including transactions, accidents/incidents and FAA Pilot and Medical Certificate actions. He currently holds a Private Pilot rating.


Iryna N. Dore, Esq. is an associate at Sulloway & Hollis P.L.L.C. admitted to practice in Massachusetts and New Hampshire.  She concentrates her practice in civil litigation and represents clients in a variety of civil matters, including employment law, contract and real estate disputes, personal injury and domestic relations. Ms. Dore is credited with researching and drafting a significant portion of the following article.

In my home state of Massachusetts waivers of liability have been upheld in cases involving injuries in sports and recreation. See Lee v. Allied Sports Assocs., Inc., 349 Mass. 544, 550, 552 (1965) (spectator at pit area of speedway); Cormier, supra (beginner rider in motorcycle safety class); Sharon, supra (student at cheerleading practice).  The highest courts in most states have come to the same conclusions in consumer transactions with businesses.  Those same courts would likely extend these holdings to private liability waiver agreements between aircraft owners/pilots and their guest passengers.  However, the majority of courts have also generally held that in some circumstances, waivers are not enforceable.

The first such circumstance where liability waivers are not likely to be upheld is where the waiver is procured through fraud, duress, deceit, or a violation of public policy.  Reflecting the majority rule, Massachusetts Courts recognized that “in the case of ordinary negligence, the allocation of risk by agreement is not contrary to public policy.” Vallone v. Donna, 49 Mas. App. Ct. 330, 333 (2000). A California Court of Appeals addressed the public policy limitation in the context of a consumer complaint alleging personal injuries against a biplane tour company in Booth v. Santa Barbara Biplane Tours, LLC, 158 Cal.App.4th 1173 (2008).  Before the Plaintiffs went on the tour, as a result of which they suffered numerous injuries, they signed a release waiving their negligence claims against the company.  The Plaintiffs argued that the release was against public policy. That argument failed because the Defendant: (i) did not violate any law or regulation; and (ii) did not provide an essential service as there was no obligation or compulsion for Plaintiffs to go on a sightseeing flight. This “essential services” prong would arguably apply to every flight in a private aircraft where the guest passenger is not paying and is not under any compulsion to get in the aircraft.

The second circumstance where waivers may not be upheld is where the releasee’s conduct is found to have been grossly negligent, reckless, or intentional.  Although a party may exempt himself from liability caused by his ordinary negligence, a waiver cannot shield a party from responsibility for his gross negligence or reckless or intentional conduct. “Gross negligence is substantially and appreciably higher in magnitude than ordinary negligence. It is materially more want of care than constitutes simple inadvertence. It is an act or omission respecting legal duty of an aggravated character as distinguished from a mere failure to exercise ordinary care. It has been described as “very great negligence, or the absence of slight diligence, or the want of even scant care.  It amounts to indifference to present legal duty and to utter forgetfulness of legal obligations so far as other persons may be affected.” Davis v. Walent, 16 Mass. App. Ct. 83, 92 (1983) (quoting from Altman v. Aronson, 231 Mass. 588, 591-92 (1919)).

Operating an aircraft in accordance with the applicable FARs is not likely to be found to be an abnormally dangerous activity and no state’s court has reached this conclusion.  In Cahalane v. Skydive Cape Cod, Inc., 33 Mass. L. Rep. 474 (2016), the Court determined that skydiving was not an abnormally dangerous activity.  While making such determination, the Court considered: (i) the extent to which the activity involves a high risk of harm; (ii) the ability to eliminate a high degree of risk by the exercise of reasonable care; and (iii) the extent to which the activity is not a matter of common usage. Id. Considering these factors, it is unlikely that any other state’s court will determine that operation of an airplane is an abnormally dangerous activity.

However, one could foresee that certain aerobatics might be one activity that a court could find to be abnormally dangerous, if performed by an inexperienced pilot or in an aircraft that may not be properly certified for the types of maneuvers performed which might give rise to a claim.  Performing a lazy eight might not be considered a dangerous flying activity but a court might have a different view if the releasor is injured during the course of a more advanced maneuver which the pilot/owner had not previously mastered.  However, if the purpose of the flight and the risks/dangers of the intended maneuvers are adequately described; and, the waiver is shown to have been voluntary with full knowledge of the risks then such a waiver may even be upheld in circumstances involving extreme aerobatics or other dangerous activities otherwise permitted under the FARs.

The fourth basis for refusing to enforce a liability waiver is where the release is a common carrier, such as Part 135 operator.  State Courts almost universally have found common carriage of passengers for hire requires the operator to exercise the utmost care consistent with the nature and extent of its business to carry its passengers to their destination in security and safety.  A common carrier is technically one who holds himself out to the public as one willing to furnish his facilities for the transportation of goods or persons indiscriminately to all who apply to him for the rendition of such services, up to the extent of his facilities, upon the payment of reasonable compensation, while a private carrier is one who holds himself out as ready to furnish transportation for hire only to those with whom he chooses to deal in accordance with such contracts as he makes with them.  However, one could foresee a court applying a higher standard whenever a passenger in an aircraft is paying for transportation as opposed to a guest passenger.