With the holiday season behind us and, more importantly, the January 1, 2020, deadline for aircraft owners to equip ADS-B Out to continue flying in most Class B or Class C controlled airspace, many AOPA members operating older aircraft are evaluating the costs and benefits associated with upgrading their current aircraft versus upgrading to a newer aircraft that already meets the mandate. In some very unique circumstances, aircraft owners who determine it’s not feasible to upgrade their current aircraft may consider donating it to a qualified charitable organization as a viable option. 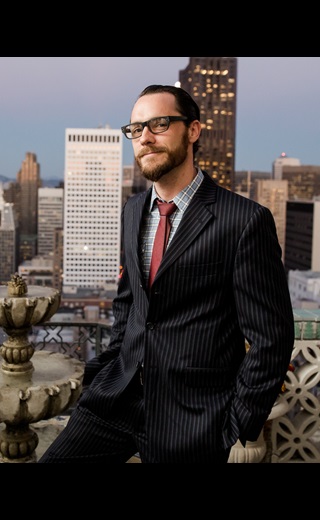 John Van Geffen is licensed to practice law in California. He assists AOPA members with various aviation related matters including transactions, accidents/incidents and FAA Pilot and Medical Certificate actions. John is the current Western-Pacific Regional Vice President for the International Air & Transportation Safety Bar Association; he sits on the Oakland Aviation Museum Board of Trustees and was recently awarded the NBAA’s 2019 Top 40 Under 40 Award for his work in aviation.

First, a quick disclaimer: this article is not intended to be tax advice. If you are interested in donating your aircraft you need to speak with a CPA about the specifics of your situation as well as the timing, amount and manner of a donation to ensure maximal value.

If you are considering donating an aircraft, ask yourself the following questions:

If you answered yes to any of these questions, you may want to consider whether you could benefit from donating your aircraft for a tax deduction. The tax code allows individuals to deduct contributions to qualified charitable organizations and aircraft values are often high enough that you should qualify for an itemized deduction instead of the “standard deduction”.

While the local animal shelter and food kitchen probably do not need an aircraft, a quick Google search shows that there are numerous institutions out there who could utilize the benefits of an aircraft. (For example, the AOPA Foundation.) Depending on the costs associated, some charitable organizations would even consider repairing and refurbishing your aircraft to allow you to claim the highest possible Fair Market value (“FMV”).

As mentioned at the beginning of this article, you need to contact a CPA in advance to help you evaluate whether donating your aircraft makes sense because there are several nuances based not just on your income level but on the charity you want to support.

You will want to speak with the charity in advance to confirm what they would do with your aircraft donation because the IRS will ask whether the gift was given “to” or “for the use of” the charity. Without getting into tax code specifics, basically it is a question of whether the charity will operate the donated aircraft or if it will simply just resell the aircraft.

As you would assume, most charities will simply want to sell donated aircraft because they need funds for operations more than they need a costly aging aircraft. If that is the case then this would likely limit your deduction to the gross proceeds from the charity’s sale of the aircraft—i.e., the FMV would be how much the charity sold the aircraft for, not what your FMV report claims. Make sure you communicate with the charity in advance, preferably in writing, to ensure they can make significant use of the aircraft before sale, will be improving the aircraft prior to sale, or will be selling to a needy individual below FMV with written confirmation that the discount was intentional.

As for what your aircraft is worth, it is not the charity’s obligation to determine FMV; that responsibility falls solely on the donor who will report it on IRS Form 1098-C, Contributions of Motor Vehicles, Boats and Airplanes. You will want to retain the expertise of a qualified aircraft appraiser to assist you in declaring the value of your gift and speak with your CPA about navigating the maze of rules provided by the IRS in Publication 526. While there are plenty of rules and exceptions, at least generally speaking, you can deduct the smaller of the gross proceeds from the sale of the aircraft by the organization, or the aircraft’s FMV on the date of the contribution.

In closing, while donating your aircraft may seem like a lot of work (and money) you owe it to yourself to make sure you receive the full deduction amount you are entitled to under the law. Plus, why not do a good deed and help out a non-profit so that you can tell others that your decision to transition into a newer aircraft was not just an economical choice but a charitable one.