I ran into an old friend that I hadn’t seen in a while at the FBO the other day. I reached my hand out to shake and say hi but all I got in return was a pained look and no return offer to shake. 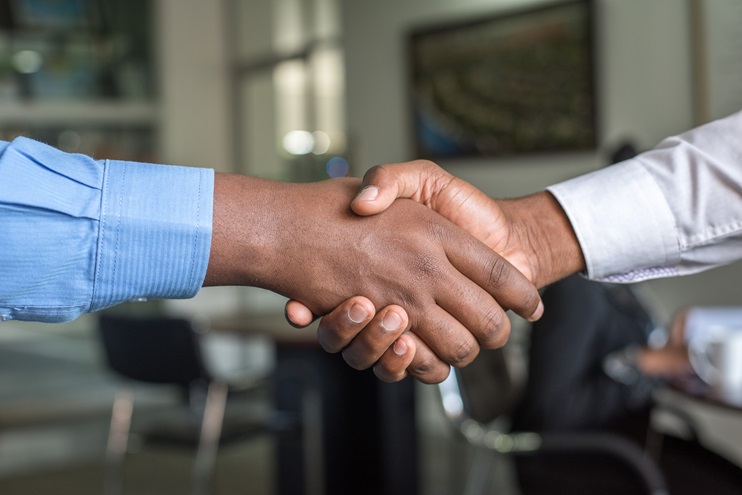 Even while my hand was still dangling out there in the breeze I remembered, oh yeah, that virus thing. It’s changed pretty much everything. Last month we talked about some of the ways the pandemic has affected our flying habits, but it’s much more than just that. Like a pair of perfectly washed, worn and broken-in jeans, I used to have all sorts of old comfortable ways to do things. My old habits fit me like those faded, beat-up jeans. Obviously, we do things the way we do because we’re comfortable doing it that way and we don’t want to change for just that very reason; we like it, it’s comfortable. There’s a reason for this in the wiring and chemistry of our brains that we’ll talk about in a minute, but as it stands now, things are totally different and we’re going to have to spend all kinds of mental energy to rethink those comfortable old habits that no longer work like our former ways of everything, from shaking hands to going shopping or getting a burger at a local eatery, and even sneezing.

I got over my embarrassment for my politically incorrect offer to shake hands quickly when I came across a review in The Journal of Critical Care Medicine from a Canadian study about how hard it can be to change our old ways. The study reports on attempts to change the habits of critical care docs so they would adopt a set of best practices (i.e., good habits) to avoid spreading infections in ICU patients by adopting routine and frequent hand washing. It would be really easy to assume in this current era of infection paranoia that a simple habit like washing your hands would be a simple thing to get people to do, but not so. The study concluded that, “Despite a high degree of awareness of best practices (hand washing), the magnitude of change was only 8.0% when the goal in any group should be close to 100%. Increasing clinician awareness of best practices (good habits) over time was not associated with a parallel increase in adopting these best practices and changing habits.” Wow, if it’s so hard to do in this group of medical professionals, how do we change our own, or educate others, on safe flying habits, and for that matter general safety practices in everything we do?

There may be some debate on exactly how much our old habits might contribute to our possible demise from this virus, but there is no doubt that in the aviation world good habits are critical for flight safety and our survival. Two recent aviation examples prove this point. Think back to my friend Doug Downey, who described how he developed good habits dealing with flight emergencies that saved his life in Bandit 650 and saved the lives of a lot of families in the path of his crippled F117. Unfortunately, the opposite can lead to deadly outcomes, and failure to have good cockpit safety habits was the topic of a really great case review in the AOPA on the crash of Lear Jet N452DA in May of 2017 at Teterboro, NJ. The AOPA and NTSB report concluded that the crash that killed the two crewmembers on board was essentially caused by a whole litany of crew and company bad habits.

A lot of smart people have said a lot of smart things about both good and bad habits. This started way back in biblical times with the Ten Commandments and the prophets who taught us moral and righteous habits, all the way to modern times where Stephen Covey has told us about effective habits to assure success. It’s not just our own habits, but also other people’s habits that seem to be even more of a problem. Mark Twain was always troubled by habits of those around him and lamented that, “Nothing so needs reforming quite as much as other people’s habits.” It seems that not only our own but everyone else’s habits are really hard to change. One of the big reasons for this is, as Samuel Johnson observed way back in the 1750s, “the chains of our habits are too weak to be felt until they are too strong to be broken.”

Before we can start forming good habits, or struggling to break the chains of bad ones, we need to understand exactly what habits are and where they come from. Psychologists use a lot of syllables and describe habits as “action-outcome associations.” They tell us that habit formation involves learned associations between an event and a behavioral response. Before we develop automatic associations (habits), we begin with purposeful, goal-directed behaviors based on that old “when this happens, do that” kind of experience. These are specific behaviors in which an individual performs some action; if the outcome is rewarding (i.e., if it works) the behavior is reinforced. Once we’ve performed a particular action sequence enough times with a similar response, the brain stores the automatic stimulus-response association and can trigger it anytime without even thinking about it. There are good and bad things about habits but in general, since we don’t have to rethink things each time, it’s a good thing and it frees up processing space that can be put to other uses.

How they get stored is a pretty intricate process. These complex actions (habits) form with nerve associations that psychologists call a “habit loop” that is cemented into our heads in a three-part process. First there’s a cue or trigger that tells our brain to go into automatic pause mode and let a behavior unfold. Then there’s the routine, the behavior itself, and what we consciously think about when we think about reactions to the trigger. The third step is the reward, something that your brain likes that helps reinforce and remember the “habit loop” for the next time this same set of circumstances pops up. The end result of these action loops is habit formation, when our brain turns a set of actions we’ve done in the past to a certain stimulus into an automatic routine.

But there’s more; there always is with these things. A lot of recent evidence from studies using those functional MRI brain recordings we have talked about a while back have shed light on more details of this three-step process. It turns out that there are a number of different brain networks that form the nerve anatomy of our habits. Neuroscientists have traced many of our main habit-making behaviors to a part of the brain called the basal ganglia, which also plays a key role in the development of emotions, memories, and pattern recognition. Decisions, meanwhile, are made in a different part of the brain called the prefrontal cortex. As soon as a behavior becomes automatic (a habit) and you don’t need to think about each step, the decision-making pre-frontal cortex area of your brain goes into a kind of sleep mode as the stored patterned behaviors take over. Our brains no longer have to work very hard to execute the response; we have a “habit formed” to take care of it. Referring to that freed up work space I mentioned above, William James, considered the father of modern psychology, said over a century ago, “The more of the details of our daily life we can hand over to the effortless custody of automatism, the more our higher powers of mind will be set free for their own proper work.”

So that’s all fine if it’s a “good habit,” one that correctly manages a scenario that we have seen before. But what about if you get yourself into a bad “habit loop” and you keep self-reinforcing sets of bad responses to a given set of circumstances, like reaching out to shake a friend’s hand who you haven’t seen for a while? That might be really politically incorrect these days with the virus around, but it’s the habit you’ve programmed into your brain since your parents told you how to be a polite little kid. Think back to some of your own bad habits, or all those “bad habits” of the pilots on board Lear Jet N452DA that led to the crash and their deaths. As Samuel Johnson pointed out 250 years ago, it’s pretty hard to change bad habits. The brain plays tricks on us if we try to change a bad habit. It stores much of these habitual behavior patterns in a part of that emotional brain I mentioned before called the basal ganglia. These circuits are the primary “feel good” dopamine-driven nerve centers implicated in the habitual response (behavior) strategies. This is the physiological basis for the point I made earlier that we do things the way we do because it feels good and we like it.

Once we have hard-wired habits into those feel good areas of our brains, they become our daily routines and are off and running on their own. They become complex sets of behaviors that we do subconsciously, like driving all the way home on the freeway in the dark and still having enough mental space to answer your text messages (don’t even try it), flying big chunks of a long flight, getting ready for work, or actually doing a lot of our workday routines. For safety in the air, and here on the ground too, we need to learn good habits and unlearn bad ones. Both can be very challenging. Next month we’ll drill down into this in more detail, talk about the three-step process of habit formation and how to do it right so we develop safe and reliable “good habits,” and we’ll talk about some ways to change those old bad ones like trying to shake hands with a long-lost pal.