Resources Know Your Vs

You would not be much of a pilot if you did not know the Vne, Vs0, and Vfe for aircraft you fly. But what about Vax, VitD, and Vex? 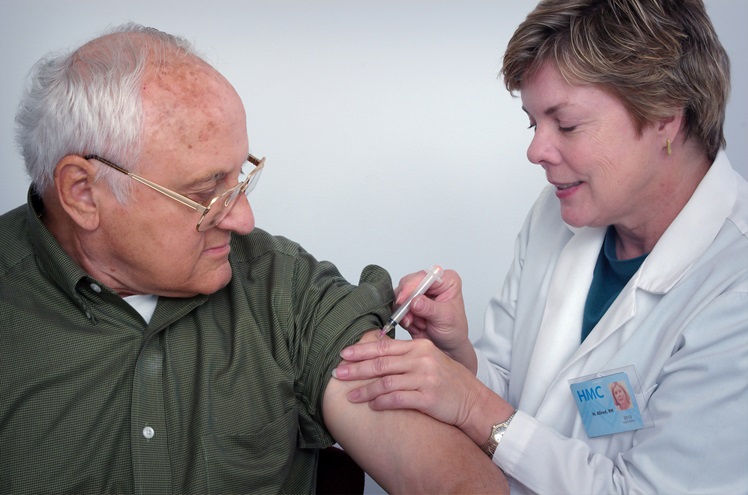 As COVID-19 dominates the news, I want to continue to provide my readers with factually correct, but blunt truths. Aviators are, by their nature, pragmatists: hoping an airplane will remain aloft is not a strategy; planning, skill, and judgment are required. Dealing with this pandemic is the same; hope is not a strategy.

So, first, some information about Vax – my abbreviation for vaccines. I have previously covered a list of vaccines readers should discuss with their doctors, and addressed “vaccine hesitancy,” the concern some people have about vaccines, largely driven by a fraudulent and highly irresponsible publication linking the mumps, measles, and rubella (MMR) vaccination with autism. Just to reiterate:

There was a hugely popular British TV show that ran between 1965 and 1975 called Till Death Us Do Part. The lead character, Alf Garnett, was a thoroughly unpleasant individual – a hugely offensive racist and misogynist. In the original script, he would insult his spouse, calling her a “silly old cow,” which due to BBC sensitivities was changed to “silly old moo.” Go figure! The comedy would never have worked without his long-suffering wife who was clearly much smarter and nicer than him. Incidentally, this show was the progenitor of the American TV series All in the Family.

And there hangs this tale – without smarts and a cow, a whole area of medicine would not have appeared when it did – May 14, 1796, to be exact. That was when the word vaccine entered our lexicon. Derived from the Latin word vacca, meaning “cow,” it was chosen by Dr. Edward Jenner, who did something phenomenal. At the time, smallpox was rife, and Jenner knew that cows had a similar-appearing disease, cowpox. He aspirated fluid from a cowpox blister and placed it on a scraped area of skin of an 8-year-old boy named James Phipps. Although James developed a blister, he recovered. Two months later, Jenner once again inoculated the lad, this time with fluid from a human smallpox, but the boy did not develop the disease. And vaccination was born.

Now, there are vaccinations that prevent countless diseases in animals and humans. First, let’s review the different types of vaccines with examples of use and consider the progress toward a COVID-19 vaccine.

Vaccination effectively informs the immune system how to tackle an infection if the person is exposed. There are four types:

Live-attenuated vaccines use weakened, but live bugs known to cause the disease, one or two doses producing a strong, enduring immune response. However, such vaccines are problematic for people with chronic health issues or diminished immunity; e.g., post organ transplantation. Also, because they are live they must be kept refrigerated. Examples include smallpox, chickenpox, the miserable rotavirus common in cruise ship outbreaks, and the combined MMR vaccine.

Inactivated vaccines use the causative organism that, as the name suggests, has been killed; however, as some experts question whether viruses are living organisms, the mafia-like term “neutralized” may be better. The standard flu shot is one of these, as are rabies and hepatitis A. Because the immunity is short-lived, subsequent doses may be needed and that’s why flu shots are given annually.

Conjugate, subunit, recombinant, or polysaccharide vaccines use pieces of the infectant such as a protein found on a viral shell. Harder to make, and often necessitating repeat doses, they produce a strong immune response and are used to address shingles, the virus behind cervical cancer, and whooping cough, for instance.

Toxoid vaccines, in which a toxin, or poison, made by the infecting agent is used to provoke an immune response rather than the bug itself or parts of the bug. This is the mechanism for tetanus vaccination, and repeat doses are often needed.

There are also newer approaches, including “recombinant vector” and “DNA vaccines.”

Wide vaccination uptake is critical for creating “herd immunity” against preventable diseases, thereby reducing available hosts for bugs to infect, hence limiting spread. For the MMR vaccine, the World Health Organization set a 95% vaccination rate target for herd immunity, but sadly, due to vaccine hesitancy, the rates are well below that, and dropping. Measles cases were up 30% worldwide last year, for a disease completely preventable through vaccination, but people risk their families’ health because they believe misleading information about vaccine risks. In the year 2000, measles was actually eradicated in the USA, but in 2019 America recorded their highest number of measles cases since 1994, a shameful retrograde step.

For the present COVID-19 pandemic, there are currently120 global efforts to develop a vaccine, or to repurpose pre-existing vaccines. Several clinical trials have commenced, and others will start soon. Bear in mind that no vaccines have yet been deployed against the other coronaviruses known to cause human disease, SARS, MERS, and some common colds. Normally, a totally new vaccine would go through several experimental animal trials before being evaluated in phases. First, a small number of people are vaccinated and one ensures there are no negative side effects. Then, in expanding fashion, healthy volunteers are vaccinated and followed up to see what happens when they are exposed to the infectious agent. Of course, it would be unethical to purposely expose volunteers, so one must expect only a percentage of those vaccinated will acquire the bug. Then, one compares outcomes of these people to a group who received either no vaccine or a placebo, a non-active injection, requiring time to evaluate safety and efficacy. Additionally, one has to ascertain if the immunity a vaccine confers is long-lasting or requires repeated doses. After this, one has to manufacture the vaccine – in the USA there are three approved methods to do this; the most common for seasonal influenza vaccines uses chicken eggs – 140 million a year to be precise. And this is possibly how a coronavirus vaccine would be made. Assuming a global population of 7.8 billion, that is a lot of vials. And if the pandemic has done nothing else, it has hammered home the point that if someone sneezes in Wuhan, the next day someone in Wichita catches a cold. Should the hunt for a COVID-19 vaccine prove successful, it is critically important that vaccine hesitancy, one of the World Health Organizations top ten threats to global health, is addressed and rejected, or the hunt will have been in vain.

The next “V” is VitD. In a recent post I suggested that taking vitamin D at this time may be a good idea given we are spending more time indoors. Recent data shows that the pandemic seems to target the elderly, those with darker skin, and the obese, who all share a tendency to low vitamin D levels, a substance involved in various key bodily functions. The dangers of taking a daily supplement are low and I suggest readers discuss this with their physicians. Scientific papers are now validating this concept and I for one am taking a daily dose.

My final “V” is Vex – knowing who the experts are. I have stated several times in these pages to be scrupulous in what information you believe and disseminate, but the past week has shown that BS (bogus stuff) is still capturing people’s attention, diverting it from what they should be doing – eating healthy foods, exercising body and mind, sleeping well, practicing physical distancing, and fact-checking. Here are a few of the crazy things circulating the internet:

I have begged people to please fact-check, do not forward suspect emails or links, and vilify those who do. Please stay informed, safe, and well.