By the time this reaches you, the coronavirus outbreak may have taken many courses – a storm in a teacup, a large number of people rendered ill with many dead, or a massive global catastrophe. Regardless, this plague is to some extent predictable, and as bad as it finally proves to be, there will be another and another until one epidemic truly decimates humanity. Unless we act. 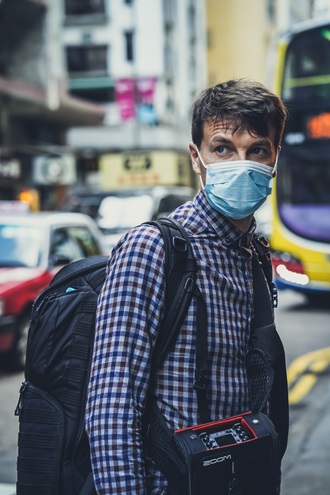 As I write on February 3, 2020, there have been over 17,000 people afflicted, of whom around 300 have died, mostly in China, although one Chinese national died in the Philippines, so this is a sobering thought. Some of those currently being treated may also succumb, so the true death rate will not be known until after the fact.


The name for this family of creatures derives from the Latin corona, meaning “crown,” and refers to the appearance of the organism under electron microscopy. Viruses are minute particles which take up residence in the cells of hosts and use the cellular machinery to replicate. These viral “babies” burst out of the cell, killing it and inducing symptoms of disease. As they rapidly spread within the host, damage is done, causing anything from mild symptoms of a cold to a fatal weakening of the human host such as in the deadly Middle East Respiratory Syndrome (MERS: 2012, 858 deaths) and Severe Acute Respiratory Syndrome (SARS: 2002, 813 deaths).

It is important to put these outbreaks into context compared to “regular” flu. According to the Centers for Disease Control, every year in the USA alone, flu causes between 9 million and 45 million illnesses, up to 810,000 hospitalizations, and in the 2017–2018 flu season, 61,000 deaths. This current coronavirus is not thought to be as ferocious as MERS or SARS, for instance.

This most recent outbreak probably started in a seafood market in Wuhan Province, China, where exotic animals such as kraits and cobra were being sold for their meat. Given the time it takes for symptoms to become apparent, many people were infected and, due to ready access to travel, the disease rapidly spread to all regions of China and then overseas, exposing millions to potential infection.

The strain responsible, and which has never been seen in humans before, was named on January 7, 2020, as 2019-nCoV. This is the seventh coronavirus known to cause illness in humans and, like the others, has origins in other species. SARS was thought to have initiated in bats and civet cats, MERS in camels, and the more common swine and bird flus, in those animals. So how do viruses that initially cause animal illness change and become dangerous to humans? Simply put, when people live in close proximity to domestic animals, or interact with creatures that are rarely exposed to humans, a virus can adapt its genetic material and is known as a chimera, whose name comes from a creature from Greek mythology, a fire-breathing female monster with a lion’s head, a goat’s body, and a serpent’s tail. These scary chimeras are dangerous because there will be no resistance in exposed populations, nor readily available vaccines.

Symptoms of coronavirus infection are typical for this group of illnesses; fever, dry cough, difficulty breathing, a general feeling of malaise, and then a secondary bacterial infection that may occur, worsening the prognosis. Of interest, sneezing is not a common symptom, but cough will spray out infected droplets. Countries with minimal medical facilities will doubtless have higher death rates as they will not be able to cope with numerous cases of resultant pneumonia or the kidney failure that may attend a bad infection, especially in the very young, elderly, those with a prior chronic illness or whose immune systems are compromised.

The incubation period of the coronavirus remains unknown. Some sources say it could be from 10 to 14 days so a carrier may infect many people before being bed-bound by their own illness.

Improving global living standards so that people do not share sleeping quarters with pigs and chickens, nor have to consume any unusual meat, is not only ethical and morally correct, it makes sense to preserve health in first-world countries like the USA.

Commonsense steps during such a pandemic are to limit travel to areas where outbreaks have occurred, and for the authorities to endeavor to contain the affected regions. One should avoid crowded places and, if feeling unwell, stay isolated to limit cross-contamination. Frequent use of hand sanitizer makes sense and should be deployed by employers, restaurants, and airports, for instance. There is currently no vaccine for this coronavirus, although work is being done as rapidly as possible, as always happens when a new mutation occurs.

So please, consider an annual flu shot as this protects the individual and limits the number of potential hosts for the virus to infect within a community.

A prominent infectious disease expert once told me that he never had colds or flu and was convinced this was because he took the steps noted above and never touches his face. If in the company of someone who has the flu, one may get infected by touching an item they have sneezed or coughed on and then scratching one’s nose. So although many people are wearing masks that may make one more conscious of the topic, commercially available masks are rarely efficacious at stopping tiny viruses gaining access to your nose or mouth. There may still be gaps around the sides and, of course, the mask leaves the eyes exposed and hands are still able to pick up infected droplets.

Let’s hope that the current travel restrictions and emergency medical services can control this outbreak and that the attention this draws to the broader issues improves the lives of people in poorer countries.