Pre-Disasters, Complacency, and Other Bad Stuff

An aviator’s worst nightmare sets one of the scenes in John Irving’s hilarious book The World According to Garp. 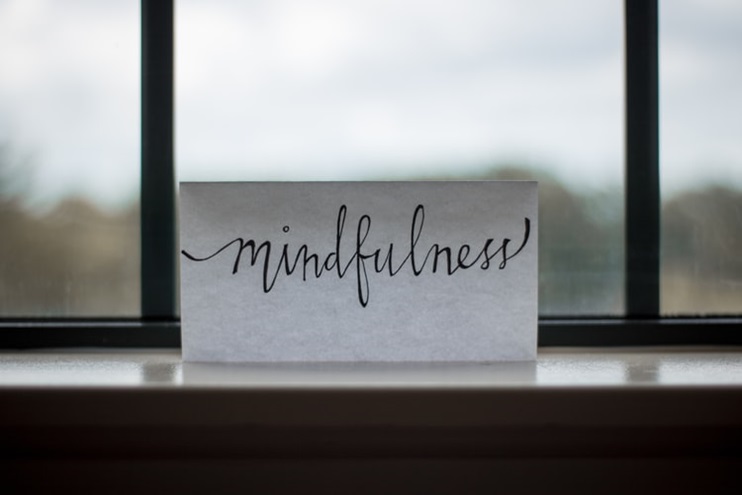 For those who don’t know the book I recommend it – it’s a great read with twists and turns through all kinds of adult scenarios. T.S. Garp (T.S. stands for “technical sergeant,” which is the only name his comatose father was known as to his nurse mother – but you have to read the book to get it) grows up as the story unfolds and eventually becomes a parent. He’s always really anxious about the safety of his children and shares the same desires of all parents to keep his kids safe from the dangers of the world. So Garp goes out looking for a new house to buy but can’t seem to find the right one with all the safeguards for his kids he wants. One day he’s looking at a house just as it is struck by an airplane falling mysteriously from the sky. Garp stands in awe as the events unfold and finally concludes, “We’re safe here, it’s pre-disastered.” In Garp’s world, he figures that just because disaster already struck his new house it can’t happen again. Wrong, Garp, dead wrong!

The fact is that things we think could never happen, or certainly could never happen again, actually happen (again) all the time and they keep on happening until we figure out why and eliminate the causes. Thinking that it could never happen again sets us up for a big trap; that’s our natural tendency to become complacent. The complacency trap snaps shut if you let your safety guard down just because it has already happened once before. How many times do we think that “it’ll never happen to me” only to confront the events all over again? Even if we already crossed that bridge once doesn’t mean we might not have to cross the same bridge all over again.

Probably the most famous, and notorious, example of getting complacent and repeating the same mistake is historical. Sir Winston Churchill popularized the saying, “Those who fail to learn from history are doomed to relive it” (but it was actually first said by George Santayana back in 1905). Churchill was referring to Hitler’s insane strategic blunder, Operation Barbarossa, that launched an invasion into Russia late in June 1941 only to see his troops flounder twelve weeks later in the brutal Russian winter. This was the same fatal mistake Napoleon made, almost to the day, 120 years earlier; both lost their armies and both met defeat by Mother Nature herself. Max Hastings wrote a great book on Operation Barbarossa called All Hell Let Loose where he quotes a German officer watching his troops freezing and dying on the outskirts of Moscow: “The ghosts of Napoleon’s army hover ever more strongly above us like malignant spirits.” There is a really important lesson here that every one of us needs to heed in the air and right here on the ground. It’s a painful reminder that similar mistakes can and will happen again if we take comfort in “pre-disasters,” thinking that it could never happen again. To become complacent over this is inviting disaster into our world.

Complacency is truly the ghost of past errors, and it is an insidious gremlin that hides in plain sight. Without a doubt this poses crucial risks, and because of the repetitive nature of a lot of our piloting duties, complacency is an ever-present danger to our safety. Psychologist Richard Thackray studied complacency and “error hubris” (great term) in his human factors lab. His study dealt with “creeping complacency” that is linked to the simple repetition and even boredom that can set in on a long flight. He put volunteers in an ATC simulator and tested their time to detect converging aircraft on their screens as time marched on. The time required to detect aircraft at the same altitude increased significantly over the session, from an average of 19.8 seconds during the first half hour to 28.8 seconds during the final half-hour period. These studies show that complacency has two parts, boredom and comfort. The risk for us flying airplanes or even here on the ground using heavy equipment or driving cars sets in when we become too comfortable at what we’re doing.

Getting just too comfortable and complacent is a state of mind, and recognizing it is the only way to eliminate the risks this poses. Our psychology pals define complacency as “a conscious or unconscious relaxation of one’s usual standards of vigilance in making decisions and taking action.” They conclude that complacency results in critical decisions being made in the “emotional mind” (limbic system) versus the rational mind (cortical knowledge centers). They also say that getting lulled into mistakes has to do with normal levels of stimulation; when a person becomes complacent stress levels for the task decrease, and consequently, so does performance.

It’s hard to pin actual accident data on this source of error since it’s a pilot’s “mindset” we’re trying to figure out, but the FAA teamed up with Boeing and gave it a shot with a study of the causes of 276 in-flight shut-downs due to maintenance errors. Their investigation showed that the underlying cause of 94% of the incidents was complacency, the tech’s state of mind (emotional mind) while he was completing the tasks. This resulted in incomplete engine overhauls, improper installations of engine components, damage on installation, equipment left out altogether, or FOD (Foreign Object Damage) from tools left inside the engine after closing up the cowling. On the other hand, only 6% of the errors happened when the technicians were thinking through a challenging problem and trying to troubleshoot a puzzling issue. Those are tasks that are carried out in those knowledge areas of the cortex that are part of the other side of the brain, the rational mind.

To let yourself be lulled into complacency just because you think it’s already been “pre-disastered” is among the most dangerous mindsets that result in an injury or accident. There’s an old expression that the bonds of our bad habits are too weak to be felt until they’re too strong to be broken. Complacency is an especially bad habit that is hard to break because once it takes over it’s really hard to even recognize. Just like much of the time in the cockpit, our daily tasks are often completed, literally and figuratively, on autopilot without much care or attention. Commenting on this point, NTSB investigator Debbie Hersman, during testimony into the February 2009 crash of Continental Connection Flight 3407 in upstate New York that killed 50 people, said, “This crew went from complacency to catastrophe in 20 seconds and never saw it coming.”

It seems easy to spot in someone else but really hard to see in yourself. That might just be one of the ways to prevent it from creeping up on us. A while back in an article called “Who Will Guard the Guardians?” we talked about ways to check up on yourself, and the same techniques can be used to keep yourself out of the complacency trap. Some simple things to start right now include keeping that log of errors and incidents we talked about a few articles back, add the conditions and time of the flight, and try to figure out what you were thinking (or not thinking) about. Boredom and distraction are two of the main ingredients of this deadly cocktail. Do your own little Root Cause Analysis (RCA) of each incident. If you see one of your fingerprints of error coming up over and over, that you keep repeating the same things, make yourself a checklist for that complacency time of mid-flight; review all your flight parameters, scan the six-pack over and reorient yourself to where you are in your flight plan, and make sure your navigation screens are correct. Check the weather up ahead, enter the next frequency, or just tune back into ATC and listen to what’s going on with the other planes on frequency in your area. If you have someone else in the cockpit with you, even if they’re not a pilot, talk to them and make sure you’re awake, alert, and totally dialed in on your current situational awareness. Click off the autopilot and hand fly for a while, have some coffee, or turn the temperature down in the cockpit to shake out the cobwebs. Then ask yourself out loud if you’re totally in the moment, or ask whoever is sitting next to you the same questions. Forcing yourself to actually say the words, form a full sentence, and hear it all back again are great ways to get your brain to refocus if you’re lolling out into the never-never world of complacency. If you really think you need to rest your brain, land the plane, walk around, stretch, and clear out the cobwebs.

Novelist Laurie Anderson wrote in Wintergirls, “Yea, sure I believe in ghosts, but we create them ourselves and we haunt ourselves.” It’s very true, we create our own “malignant ghosts” of previous errors that will lull us into disaster and haunt us if we fail to learn from them. Don’t let yourself get complacent and take any comfort from “pre-disasters”; it will happen again if you let the ghosts in.