Editor’s note:  AOPA Legal Services Plan panel attorneys often bring their own unique aviation experience to the aviation related legal matters that they handle for members of AOPA’s Pilot Protection Services and other clients.  In this month’s article, panel attorney David Thompson shares his experience as Director of Pilot Training and Safety with Adam Aircraft Industries.

In September, 2003, I assumed the role of Pilot Training Manager with startup, Adam Aircraft Industries, based at Centennial Airport south of Denver. Adam was founded in 1998 by Rick Adam and John Knudsen with the dream of introducing a safer, more capable alternative to the existing market of light twin-engine aircraft. Through the use of composite construction and centerline engine design (and a righteous pilot training program, wink-wink), the Adam A500 was well on its way to being the safest aircraft of its kind when we achieved certification in 2005.

Having certified the first piston-powered aircraft in its category and class in well over 30 years without suffering a serious incident was a wonder. Not to say we didn’t have a close call or two during the flight test program, but I’ll save most of those experiences for another day. Today, I’ll try to stay focused on a couple of aviation’s unsung heroes, and how I’ve tried to perpetuate the lessons I learned from them through the training programs I designed at Adam and adding them to my personal instructor tool bag.

When I joined Adam Aircraft, Glenn Maben was the chief test pilot with Nathan Forrest acting as his young but dedicated protégé. I started flying with both almost immediately and relied greatly on their knowledge and experience in experimental flight test, a subject in which I knew little. I’d never flown an aircraft with a ‘pulled’ and placarded circuit breaker, but now I was flying an aircraft with at least half of the circuit breakers pulled and placarded, no interior and no Pilot Operating Handbook! Since I let it be known that I had authored aircraft specific training manuals while an instructor with FlightSafety International, drafting the POH for the A500 fell into my lap soon after joining Adam. Writing the POH proved a great opportunity to learn the aircraft inside and out by working closely with our team of engineers and flight test folks like Glenn and Nathan, both inside and outside the company. It was also invaluable in developing an effective pilot training program for what the FAA had termed Technically Advanced Aircraft (TAA) like the A500.

Along with other manufacturers such as Cessna, Eclipse and Cirrus, Adam Aircraft was a contributing member of the FAA/Industry Training Standards (FITS) program. The primary focus of the effort was to develop pilot training programs within the existing FARs to adequately train pilots of the new generation of TAAs. The approach was a significant move away from the traditional repetition of civilian pilot training by focusing on continuous development of ‘higher- order thinking skills’ through scenario-based training, similar to Line Oriented Flight Training (LOFT) training in the air carrier world. One of the primary academic components of FITS approved training was a focus on incidents and accidents involving TAAs, and much of that focus was on inadequate decision making by pilots in the use of advanced technology. But as Glenn and Nathan would eventually remind us, you can never overlook the basics, no matter how advanced the aircraft.

After graduating from the pilot program at Kansas State I studied aviation safety at Embry- Riddle. When I joined Adam I didn’t give much thought to my academic work in aviation safety, but that all changed on March 16, 2005. After leaving work for the day I was called back to headquarters to meet with the executive team who were in an emergency meeting due to an incident that took place during flight tests being conducted in Florida. Even though details were somewhat sketchy at the time it was conveyed from the crew in Florida that the A500 was conducting tests with equipment that placed substantial load on the electrical system under hot and humid conditions. During landing one of the main landing gear collapsed resulting in very minor damage to the wing tip and aileron. One of the real positives that came from the incident was the fact that the center-line design of the A500 didn’t experience a prop-strike with the collapse of a main gear, something conventional twins would be unlikely to avoid. Even though the incident was minor, it did underscore the fact that an aircraft manufactured by Adam Aircraft would eventually be involved in an accident and the company must be prepared to respond. My experience in aviation safety may have been primarily academic up to that point, but when I left for home that night, I did so as Director of Pilot Training and Safety.

Initially I was a little overwhelmed but soon discovered several great courses in safety systems including short courses at Embry-Riddle and a course by Van Allen held during the NBAA convention. Once I had achieved a fairly good understanding of how to develop and implement the Adam Aircraft flight operations safety management system, I set out to author our flight operations manual and emergency response plan. Part of our emergency response plan was to designate a ‘go team’ made up of flight operations personnel, engineers and human resource folks. We also made a visit to the NTSB Regional Office in Denver to introduce our company and aircraft to the folks who would eventually lead a potential accident investigation. Like all manufacturers, Adam would likely be designated as a party to any NTSB investigation involving one of our aircraft, especially given the composite construction the Adam aircraft, something fairly new to the NTSB. Most importantly, I set out to develop a system of continuous learning in our flight operations so we could learn from our experiences, the cornerstone of any effective safety management system.

In early summer 2006, we bid farewell to Glenn and Nathan when they left Adam for another startup in Spanish Fork, Utah. Spectrum Aeronautical was one of several new companies like Adam and Eclipse trying to ‘darken the sky’ with light jet aircraft, commonly called Very Light Jets or VLJs. Spectrum’s answer was the Spectrum 33. On July 25, I was having dinner after a long day of class in Prescott when my phone rang. I quickly answered, more out of embarrassment than anything because the restaurant was crowded and the phone seemed painfully loud. On the other end was my boss, Bill Watters. Bill and I were close and almost immediately I knew something significant was on his mind. He said, “I hope you are taking your class seriously.” I responded with, “Of course I am.” He said, “That’s good because Glenn and Nathan were just killed.” We agreed to talk first thing the next morning but there was really nothing more that needed or even could be said at that moment.

Following the Spectrum 33 accident, Bill and I agreed that all flight operations at Adam needed to cease immediately until we could all wrap our heads around the loss of our friends. A few days later we had a mandatory meeting for all flight crew personnel, essentially a safety standdown. The standdown was emotional and difficult but was necessary and I think beneficial in the end. Weeks later, we celebrated the lives of our friends at a ceremony held in a hangar at Kelly Airpark where Glenn lived with his wife and three daughters, all adopted from China.

It didn’t take long for reports to start filtering in that the ailerons of the Spectrum 33 were rigged in reverse, causing a wingtip to strike the ground immediately after liftoff. HOW COULD THIS HAPPEN?! The first time I flew with Glenn in the A500 his preflight inspection literally took 90 minutes. I’ll refrain from speculating but the accident report (SEA06FA146) paints a vivid picture of the dangers of experimental flight test on new aircraft. I can tell you one thing for sure, from that point on ‘full, free, and correct’ took on a whole new meaning in any and all training I had anything to do with, and always visually verified! 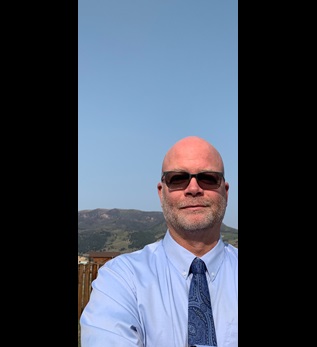 David Thompson began his aviation career in 1993 when he enrolled in the professional pilot program at Kansas State University-Salina.  David earned his CFI in September 1994 and instructed at K-State until graduating in 1997.  After graduating, David earned a master of aeronautical science degree from Embry-Riddle Aeronautical University in 1999, specializing in Aeronautics and Aviation/Aerospace Safety Systems.  David began providing type specific pilot training in 2000 when he joined FlightSafety as a ground, simulator and flight instructor in the Beechcraft Bonanza and Baron.  In 2003 David left FlightSafety to assume the position of Director of Pilot Training and Safety with Adam Aircraft Industries in Colorado.  When Adam entered bankruptcy in 2008, David rejoined FlightSafety as a ground and simulator instructor in the Citation Mustang, eventually becoming a Training Center Evaluator.  In 2011 David and his wife Connie decided to pursue their American Dream of living in Creede, Colorado.  Connie joined the Kansas Army National Guard and David started the process of entering law school in 2012.  Upon graduation from Washburn University School of Law, David and Connie moved their family to Colorado in 2015, eventually landing in Creede in 2018 where he is in general practice.  In 2020, in an effort to rejoin the aviation industry, David completed Baron and Caravan recurrent at FlightSafety Textron Aviation Training.