Back in 1979, Tom Wolfe wrote an epic tale about the pilots who were pioneers of our early and hugely risky experiments with high-speed rocket-powered flight. 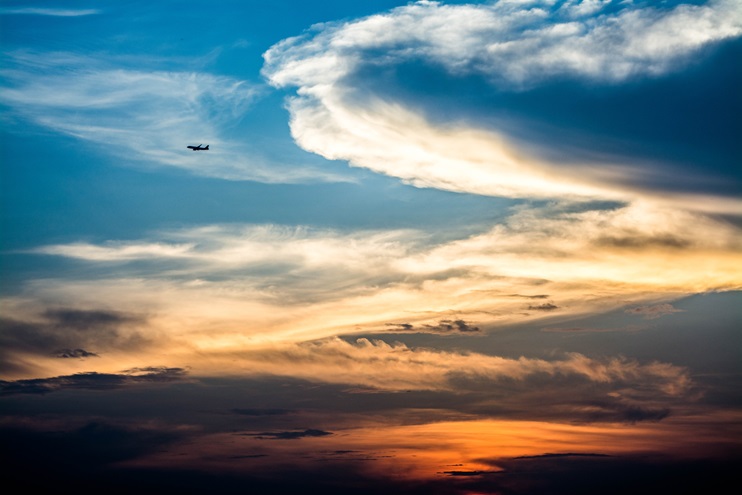 He dedicated his book to those brave guys and called it The Right Stuff. The history of these men’s triumphs over both physics and physiology led to NASA’s selection of the Project Mercury astronauts, the 7 men who would become our first space travelers. Wolfe attributed their success to a constellation of smarts, pilot skills, and personality traits that he used as the title of the book, the magical “right stuff,” and as the name implies, these guys had it. Still, accidents and fatalities plagued the project with 15 of the early astronaut trainees killed in aviation accidents. In one of his more attention-grabbing lines in his book Wolfe wrote, “There are no accidents and no fatal flaws in the machinery, there are only pilots with the wrong stuff.” Wait a minute; I thought he said these guys were the very embodiment of the right stuff. The FAA and the National Transportation Safety Board would seem to agree with Wolfe. The statistics they publish cite the wrong stuff, pilot error, as the cause of almost 80% of fatal aviation accidents. The safety lesson for us GA pilots in all of this is to figure out how to keep our “wrong stuff” from getting in the way of our “right stuff.”

Defining the right stuff can be pretty subjective but for sure persistence is a big part of it. It refers to the ability to persevere at a task despite obstacles, frustrations, and hardships rather than just giving up. It’s one of those highly valued attributes that’s really great...until it’s not. In psychological terms, persistence is considered a personality trait that can actually be measured on a behavioral scale with something called the “Temperament and Character Inventory.” It’s one of the four temperament characteristics that also include “novelty seeking,” “harm avoidance,” and “reward dependence.” On the positive side, persistence and perseverance are prime ingredients for success in almost all endeavors including becoming an accomplished pilot. When we use them correctly to solve problems in the air, persistence and perseverance are huge assets. But persistence can have costs that carry a huge impact on aviation safety and like everything, there’s a dark side to persistence, the bedrock of the wrong stuff, and that leads to disaster. The FAA details this problem in their “Handbook of Aviation Decision Making” and cites persistent behavior in the face of adverse conditions as one of the 5 hazardous pilot attitudes that result in aviation fatalities.

The FAA handbook lays out the case that being able to soldier on in spite of obstacles is obviously a good thing, but persisting with a bad plan is not. We talked about some of the risks of persistence in the article “Fingerprints of Errors“ and discussed how persistent behavior is the foundation of “plan continuation bias.” Persistence leading to this bias in decision-making and subsequent pilot error is cited in numerous NTSB accident records and is the root cause of one of the most common GA accidents leading to fatalities in 9 out of 10 incidents. That’s persistence of flight by non-instrument capable pilots into instrument weather conditions. Our own Aviation Safety Institute here at the AOPA has an entire course on this topic that is excellent and I highly recommend going through it. But still, with all this good advice on how to avoid the problem, there is one more aspect of this behavior to explore and that is to understand the driving force, the psychology, of pilots who persist in the face of obvious safety risks.

Figuring out the mindset of pilots who carry on with a bad plan is as elusive as defining it in the first place. Kudos goes out to two groups of investigators for tackling this issue. Léonore Bourgeon at the French Armed Forces Biomedical Research Institute led the first study. Their group peeled back the layers of the problem with a study that followed detailed time lines of cockpit voice recordings, flight data records, and crew interviews (of survivors obviously) in 30 consecutive military aviation incidents. Using this information, they were able to reconstruct the decision sequences involved in each accident. For every decision branch point, they identified the way information indicating a change in the flight profile was processed. The results aren’t a surprise and showed that 54% of accidents happened because crews didn’t compensate for a plan that went bad and persisted anyway. This is the same plan continuation error we talked about before. They were able to shed light on the thought process by identifying the psychological driving force behind these mistakes and concluded, “perseveration behaviors were mostly due to aircrews’ excessive confidence in their risk management skills.” In real time, these pilots just don’t seem to see the risk that is so obvious in retrospect. Another factor and the second most important element of this type of perseveration behavior involved lack of crew coordination in decision-making. In the study group where pilots did correctly adapt to a change in their flight conditions, it was good CRM skills and crew communication that resulted in identifying the risks, changing the plan, and recovering from perseveration on a potentially deadly course.

Goh and Wiegmann carried out the second study of pilots to explain the psychology underlying perseveration behavior using simulated scenarios of continued flight into IMC by non-instrument trained pilots. They confirmed the French explanation for why pilots persist with a dangerous plan and found that “self-appraisal of the pilot’s own skills and judgment as well as a tendency towards risk taking and overconfidence led to most decisions to persist with a bad plan.” These pilots would score pretty high on that “Temperament and Character Inventory” scale I mentioned above with a gold star for “risky behavior.”

GA pilots can take an important safety lesson from these studies to help us balance the right stuff with the wrong stuff and see risks for the real danger they pose. That lesson is simple: be truly self-critical; overestimate the risks and underestimate your ability to deal with them. It’s always much safer to underestimate your capability to deal with changes in flight conditions when things start getting risky. Finding a way to do this that works for you all the time, a way to supervise yourself to avoid persisting on the wrong track, is a hard lesson but it’s a critical one for single pilots in GA airplanes. We talked about these self-assessment needs regarding those foggy “moments” last month and we also covered it in the article on “Who Will Guard the Guardians.” Those lessons demand constant reinforcement and with this fresh in mind, now is a good time to review that. The smartest guy in the world, Albert Einstein, understood it. He said, “Success comes from concentration, perseverance, and self-criticism.” Reread the last line and substitute “safety” for “success” and this gem is a perfect summary of The Right Stuff. The world’s greatest artist, Leonardo da Vinci, also knew it and that was over 500 years ago. His key to self-assessment is as true as Einstein’s: “An artist who lacks the power of self-criticism accomplishes but little. It is good if your work stands higher than your own opinion of it, bad if it is on the same level. But it is a great disaster if your work stands lower than your judgment of it.” These two geniuses could see the importance of being accurate with your own assessments; that’s a skill all of us need to master to stay safe in the air.