Resources What Does a Counterfeiter Eat for Breakfast?

What Does a Counterfeiter Eat for Breakfast?

Apparently, the answer is “corn fakes!” I favor high-fiber breakfasts and this is when many people take their daily prescription drugs. 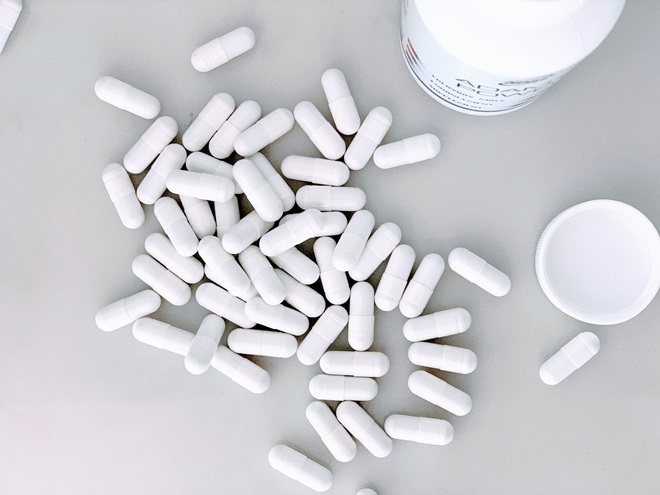 But how can you be sure they are not fake, something that is becoming increasingly problematic?

The word “counterfeit” comes from Old French, contre, meaning “counter or against,” connected to faire, meaning “to make.” Put them together and you get “to make an imitation,” which led to our word, counterfeit.

Prescription and over-the-counter drugs require a long, arduous, and expensive development process. After discovering human chemical pathways, scientists identify chemicals to block or enhance that pathway – think beta blockers for high blood pressure or SSRIs, selective serotonin reuptake inhibitors, for depression. The active compounds are combined with excipients, other ingredients that stabilize the drug and ensure it reaches the right place at the right time. Patents are granted, phased clinical trials run to prove safety and efficacy, and regulatory agencies like the FDA evaluate whether it is safe to bring the drug to market and what the label should say regarding precautions, contraindications, and so on.

Medicines have three names: first, the chemical name describing the compound – usually utterly unpronounceable unless you are a chemist! For example, N-acetyl-p-aminophenol. That gets translated via an accepted convention into a generic name, in this case acetaminophen. Then there is the consumer-friendly trade name which acknowledges the key chemical constituent. For acetaminophen in the U.S., it was named Tylenol, derived from “acetyl p aminophenol”!

However, oncea patent expires, other companies can duplicate the chemical and market it as a generic version, usually at much lower prices because they have not invested in development, trials, and market-building for the first version of the drug.

Counterfeit medicines are fake versions of approved and licensed drugs and are commonly sold over the internet, but more of that below.

With no visible supply chain from manufacturer to neighborhood pharmacist, this is a set-up for problems. First, if medications are produced in unsanitary conditions, there is an obvious risk of infection.

If ingredients are inappropriate in type or quantity, the underlying condition may not be treated with obvious, and possibly dire, consequences. For instance, counterfeit antibiotics may contain too little active drug, leading to antimicrobial resistance.

Investigations have uncovered all sorts of harmful substances in counterfeit drugs, from leaded paint to boric acid. And the potential for harmful substances to be purposefully introduced by those with evil intent is also a concern.

As for internet sales, this is definitely on the rise; access to data, and apps allowing self-diagnosis, encourage the ability to self-prescribe.

In America, the National Association of Boards of Pharmacy (NABP) estimates that 95 percent of internet pharmacies don’t comply with U.S. pharmacy laws or professional standards. Not uncommonly and quite astonishingly, these rogue sites often put the name “Canada” in their website domain because Americans identify their northern neighbor as a clean, nice, and trustworthy place.

With border lockdowns due to COVID-19, around 2.3 million patients who routinely buy their meds in Canada or Mexico are unable to do so. Why do people cross the borders to obtain medicines? Simple, medications are cheaper than in the U.S. Some of these providers also trade online and can be reviewed by validated pharmacy checkers. One example? A Canadian pharmacy offers a well-known cholesterol-lowering drug for $167. The lowest cost option for this same drug from a U.S. online pharmacy? $276. And at a local U.S. pharmacy it is typically well over $300.

Of course, many online suppliers are high quality, utterly legitimate, and the drugs they sell are, and do, what they should. But others are dubious, selling inactive drugs masquerading as common medications, acting as money laundering schemes, or with ties to organized crime or identity theft scams. Scary stuff.

Warning signs that an online vendor is questionable? If they send out wildly appealing price deals – if it looks too good to be true, it probably is! Other red flags? The site is not in a country one normally associates with pharmaceutical manufacturing, has no address, and seems willing to sell all sorts of dangerous medications without a prescription.

But there are means to ascertain the validity of sellers and drugs, such as referring to the NABP website (https://nabp.pharmacy/programs/dotpharmacy).

In response to these threats, many healthcare entities, governments, regulators, policing bodies, and customs officials around the world are working together to raise awareness of counterfeit medicines and disrupt illegal activities in this realm.

But online merchants are becoming smarter at disguising counterfeit medications and passing them off as legitimate. So, be diligent and stay safe.

Anyone who has read my columns knows I love rock and music trivia, so it might be timely to say that I was tricked into buying a counterfeit T-shirt advertising The Who. I won’t get fooled again!