Shining Some Light on Vitamin D

As a resident of Michigan, I have been looking forward to an increase in sunny days. As winter comes to an end, my time outdoors will exponentially increase. 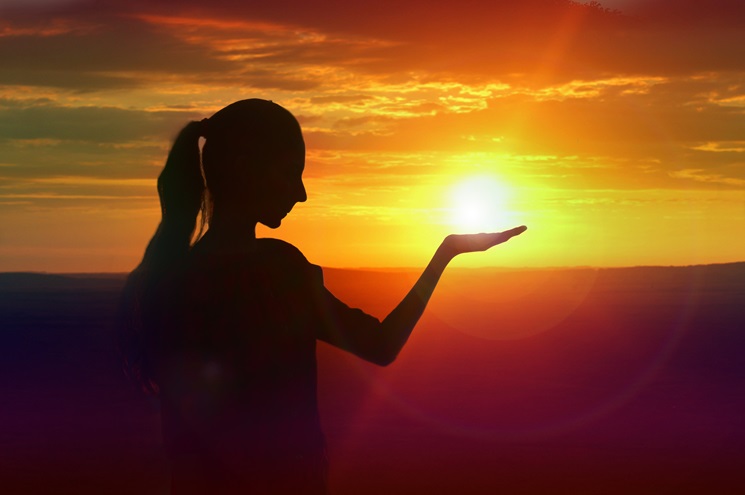 The sunshine gives me an overall feeling of well-being. I can feel it in my bones, heart and mind. The common denominator is vitamin D. Vitamin D exposure has an influential role in osteoporosis and may have a role in preventing heart failure and enhancing mood. The sources of vitamin D are sunlight, diet, prescription and supplements.

Sun exposure for vitamin D production in the body has many variables that must be considered. There are vitamin D receptors in the skin cells, and vitamin D production starts with cholesterol conversion to vitamin D3 in the skin when exposed to ultraviolet B (UVB) light from the sun. Vitamin D is then stored in fat cells and used by the body when needed. This form of vitamin D is called calcitriol. The question is how much skin exposure to the sun will give us enough vitamin D for a healthy life. Vitamin D deficiency is seen in the elderly who are homebound, people living north of the 34th latitude, seasonal differences (more exposure from spring to early fall), time of the day, clothing covering the arms and legs and the use of sunblock (Holick MF, Am J Clin Nutr. 2004 Dec; 80 (6 Suppl):1678-88S). A study was conducted primarily to analyze the prevalence of vitamin D deficiency in the United States based on the latest published data collected by NHANES 2011-2012. Of the 4,962 participants surveyed and examined, 1,981 (39.92%) were found to be vitamin D deficient.

Osteoporosis patients were my first exposure to vitamin D supplementation. Calcium salts and vitamin D combination products have been and are being utilized to increase bone density and a decrease in fractures. Vitamin D helps regulate calcium absorption in the intestine, which leads to increased bone absorption of calcium. Vitamin D deficiency causes the osteoclasts in the bone to break down the bone matrix, leading to bone loss. A meta-analysis of randomized, controlled fracture prevention trials with vitamin D reported that oral vitamin D supplementation between 700 and 800 units per day appeared to reduce the risk of hip and any nonvertebral fractures in ambulatory or institutionalized elderly persons. A vitamin D dose of 700 to 800 units per day reduced the relative risk of hip fracture by 26% and any nonvertebral fracture by 23% (JAMA 2005, May 11;293(18):2257-64).

Those of us who live north of the 34th latitude have a higher risk of vitamin D deficiency in the winter months. We also have a higher risk of seasonal affective disorder (SAD). One of the treatments for this disorder is UV light. One of my co-workers would do a session of UV light each day during their lunch hour. They felt less depression during the winter months when using the UV light therapy. A study of 15 participants with SAD were randomized to either 100,000 IU of vitamin D (one time dose) (n = 8) or phototherapy (n = 7). They reported that depression (assessed with the Hamilton Depression Scale) decreased in persons who received vitamin D (from 10.9 to 6.2, p = .040) as compared to those who received phototherapy (from 12.6 to 11.3, p = ns). There were no untoward side effects from the dose of vitamin D. The limitation of this study was the vitamin D dose was given once and not a daily dose. More studies need to be done to see how vitamin D may affect mood.

Vitamin D is a fat-soluble vitamin and is not without toxicities. A few of the side effects seen with toxicity are accumulation of calcium in the blood (hypercalcemia), nausea and vomiting, weakness, and frequent urination. Vitamin D toxicity might progress to bone pain and kidney problems, such as the formation of calcium stones.