Lawyers representing general aviation owners and operators frequently hear “but what about FAR section x or FAA legal interpretation letter y” arguments in which a client has read the literal wording of one FAR section or a Chief Counsel’s opinion and then seeks to apply that rule by extrapolation to a different but logically similar issue. This application of a rule by analogy is a good start in building an argument to solve a regulatory issue, but it is only a start, particularly with an agency with rule-making power such as the FAA.

The next level of analysis is reconciling the proposed solution or answer with known policy as stated in regulations, advisory circulars, FAA Chief Counsel legal interpretations and, to the extent that they can be found, court cases and NTSB opinions.  However, even after that second level of analysis, there are “hot button” policy areas in which the answer may always be “no” and the reason “just because.”  These policy areas are the ones in which the FAA strongly suspects that regulations and policy are at risk of being evaded.

A perennial example of this is FAA suspicion that business aviation will use clever leasing and partnership arrangements to camouflage a Part 135 “wet lease” as a Part 91 operation.  Since the federal government also has a potential 7.5% Federal Excise Tax collection opportunity if an arrangement can be determined to be the sale of transportation by air, there are two agencies with real interest in piercing any deceptive veils.

When the FAA suspects evasion is too frequent for comfort, it can order “Special Emphasis Inspections.” See, as an example, Notice – Special Emphasis Inspection: Operational Control, N 8900.16 dated 8/17/07 in which FAA inspectors were ordered to focus on aircraft ownership and leasing arrangements to ferret out evasions of Part 135 by operations structured to appear as being under Part 91.  These notices have set expiration dates, but even after they expire, the hot button continues to be hot. A good example where this is clearly the case is operations under FAR 91.501 which the FAA suspects may actually be wet leases subject to Part 135.

Sometimes when it suspects evasion of a regulation or policy, the agency does not issue a notice of special emphasis but instead regulates conduct that it suspects to be an evasion of policy by exercising its enforcement power to find a violation despite a strong and principled argument that the regulations have not been violated.  No matter how hot the button may be or how genuine the safety concern, this is problematic because it is rule-making without the preliminary rule-making procedure required by the Administrative Procedures Act (APA). The APA is supposed to ensure that public comments and concerns can be addressed, and bypassing it creates a world of problems.

De facto rule-making by exercises of enforcement power can overlook important collateral issues, and such rule-making based on new interpretations of policy can be difficult to contest.  Although the Pilot’s Bill of Rights, Pub. L. No. 112-153, §2(c)(2); 126 Stat. 1159, 1162 (2012) reduced the nearly absolute deference formerly required for the Administrator’s interpretations of law and regulations, post-PBR the Administrator and the agency still enjoy the same deference afforded all other federal agencies in their interpretation of the regulations they administer.  Auer v. Robbins, 519 U.S. 452, 461 (1997)(“Auer”) (administrative rule interpreting the agency’s own ambiguous regulation may receive substantial deference) and Chevron U.S.A, Inc. v. Natural Resources Defense Council, Inc.,467 U.S.837, 842-845 (1984) (“Chevron”) (administrative rule interpreting a statute that the agency enforces is entitled to Deference). However, both Auer and Chevron have been sharply criticized as unsupported and antithetical to a democratic government based on separation of powers.  See Justice Scalia’s dissent inDecker v. Nw. Envtl. Def. Ctr. Ga.-Pac. W., Inc., 568 U.S. 597, 616-17 (2013).  It is not hard to see a fundamental fairness issue when an agency, by re-defining or interpreting its rules, declares a new rule and then issues a severe penalty for violation of that rule.

The recent and ongoing case of Warbird Adventures, et al. v FAA illustrates this type of rule-making by enforcement.  The October 2019 crash at Bradley International Airport of the Collings Foundation’s Boeing B-17 “Nine-O-Nine” in which six died and seven survived with serious injuries has put nostalgic rides in WW II aircraft in a spotlight.  Under scrutiny, Collings Foundation was found to have had training, safety and maintenance lapses undoubtedly leading the FAA to paint suspected rule evasion by all operators of vintage warbirds with a broad brush.

In Warbird Adventures, the FAA obviously proceeded on suspicion of evasion of the requirements imposed by Part 119 on commercial operators with an FAA emergency cease and desist order against a long-time war bird flight instructor for the offense of providing flight training in a limited category aircraft, a rare 2-seat Curtiss-Wright P-40 aircraft.   Per the FAA’s logic, FAR 91.315 prohibits using limited category aircraft for compensation; ergo, giving compensated flight instructor in such an aircraft is a clear-cut violation.

The FAA reached this conclusion despite clear FAA policy statements treating flight instructors as teachers, not as charter pilots for student pilots, and despite glaring inconsistency between this conclusion and the FAA’s treatment of flight instruction in experimental aircraft.  Under FAR 91.319 experimental aircraft are also prohibited from use for compensation.  FAA policy is stated in FAA Order 8900.1, Flight Standards Information Management System, paragraph 3-292(A) that “[p]ersons may receive and provide compensation foe flight training in an aircraft holding an experimental certificate . . .”

How do you reconcile this inconsistency?  In the opinion of this author, this action by the FAA can best be explained as the agency suspecting but being unable or unwilling to prove that the targeted instructor was playing fast and loose with the “flight instructor exception” using it to give paid joy rides to the public.  Even those of us (lawyers) who are wedded to precedents and to the art of applying the same by analogy have to acknowledge that bureaucracies like the FAA consider themselves free to not always have to make their policy pronouncements logically consistent.

Agencies have agendas and, in the case of the FAA, a principal one is minimizing the inherent risks in aviation and deterring would-be flying cowboys and corner-cutters.  Like detective Columbo, the FAA is a worrier. (“I mean, little things bother me. I’m a worrier. I mean little insignificant details – I lose my appetite. I can’t eat.”)  This is the mind-set that drives the FAA when it attempts to reach by regulation and oversight the unobtainable goal of zero accidents.

The FAA goes out of its way to assert that it issued warnings, and that the instructor could have and should have petitioned for an exemption which, after unspecified but sure-to-be extensive FAA scrutiny, would have determined the contours of “legitimate” flight training in warbirds like the P-40.  In response to arguments that, if safety is the overriding mantra, then there has to be a way to get flight training in these aircraft, the FAA argued in its appellate brief that, in addition to seeking an exemption, the would-be trainee seeking flight instruction can simply get training in a “comparable aircraft.”  Comparable aircraft?  Pray tell, what are these P-40 substitutes? One wonders why the FAA did not just issue a notice of proposed rule-making to flesh out a clarifying rule (or at least an advisory circular) on what is and is not bona fide instruction in a limited category aircraft.

On April 2, 2021, the D.C. Circuit issued an order allowing the FAA’s order and interpretation to stand over the strenuous objections of a host of major players in the general aviation community, prominently including AOPA.  This circuit court order is most easily explained as just another application of Auer and Chevron and yet another reason to agree with the late Justice Scalia.  Whatever the explanation may be,  this order opens a host of questions crucial to general aviation.  Like Detective Columbo, I worry – a lot. 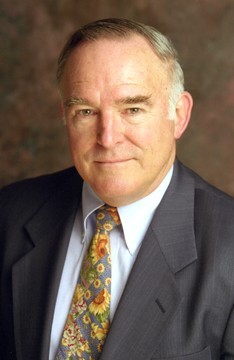 Mark Sullivan is a native Californian who was transplanted to and grew up in Rochester, New York.  His family subsequently moved while he was in high school to Western Michigan.  He graduated first in his class and summa cum laude from the Georgetown University College of Arts and Sciences and then attended the University of Michigan Law School where he graduated with honors. As a college senior, he received a direct commission in the U.S. Navy Judge Advocate General’s Corps and served on active duty in Hawaii and later as the Assistant to the Special Counsel to the Secretary of the Navy in Washington, D.C.  After active duty, he stayed in the Naval Reserve JAG Program ultimately retiring as a Captain (O-6) after having served as the senior Reserve Judge Advocate for the Western U.S. and Hawaii.  He was an in-house counsel for GTE Corporation, later Verizon, in Michigan, North Carolina, Illinois, Hawaii and California.  He entered private practice in the Los Angeles area in 2001 and continues to handle employment litigation as well as aviation cases.  He is admitted and licensed to practice in California, Hawaii, New York, North Carolina and Michigan.  He is also a principal in The STC Group, LLC, which obtains STCs for the Trio Pro Pilot autopilot system.  He is an active member of the aviation community at the Camarillo and Oxnard airports in California and holds a commercial license, single- and multi-engine.