Drug testing has been an integral tool in my pharmacy career. The most common modality of drug testing in the hospital is blood testing. 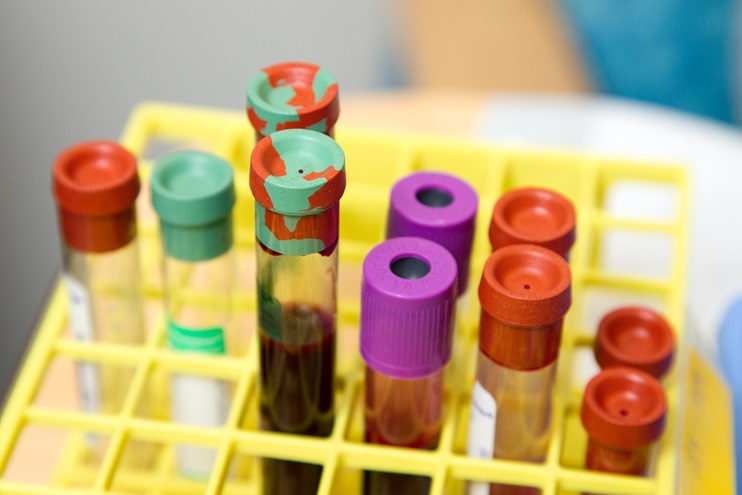 Urine testing for drugs is very common in the outpatient clinic setting and outside laboratories. The reason for urine testing in the outpatient setting is for initial screening purposes. It is faster and cheaper but has a higher false positive rate than blood testing or other more technologically advanced tests. The urine drug tests are immunoassays, a biochemical test that detects a drug or a drug concentration in solution through the use of an antibody (most common) or an antigen. The antibody seeks out the drug the clinician is looking for and attaches to it. The immunoassay is interpreted as positive or will report a concentration of the drug. The immunoassays can cross-react with commonly used medications or its metabolites and show a false positive level for substances that are banned by an employer. A drug metabolite is a remnant of the drug after being broken down by the body, and the most common metabolizer of a medication is the liver. The metabolite can be active and have an effect on the body or be inactive and not have an effect. Immunoassays will also react with medications that are chemically similar to the banned substances, but are not pharmacodynamically related, or how the medication affects the body.

There are many commonly used prescription and over the counter (OTC) medications that are allowed by the FAA that may cause a false positive urine test. There are five categories (besides cannabinoids as mentioned in Part 1) of medications that cause false positive drug levels. The categories of main concern to the pilot and civilian population are: amphetamines, benzodiazepines, opioids, PCP and tricyclic antidepressants.

Medications that could cause a falsely elevated amphetamine level are metformin, labetalol, pseudoephedrine and ranitidine. Metformin (Glucophage®) is a medication used in diabetes type II for glycemic control. Pseudoephedrine (Sudafed®) is an OTC medication taken for nasal congestion. Pseudoephedrine is also manufactured in combination with non-sedating antihistamines like Claritin-D (loratadine and pseudoephedrine), Allegra-D® (fexofenadine and pseudoephedrine) and Zyrtec-D (certirizine and pseudoephedrine). Labetolol (Normodine®) is a beta-blocker medicine that mainly controls the patient’s heart rate. Labetolol is used for hypertension and is indicated in hypertensive urgency when the blood pressure is very high for long periods of time. Ranitidine (Zantac®) is an H2 blocking agent used for ulcers and gastroesophageal reflux disease (GERD). Ranitidine is available OTC so be aware that chronic use could possibly cause a false positive urine test for amphetamine.

Benzodiazepines are medications used in patients with anxiety. Typical benzodiazepines on the market are diazepam (Valium®), lorazepam (Ativan®) and alprazolam (Xanax®). All benzodiazepines are no-fly medications. Medications that could cause a falsely elevated benzodiazepine level are Sertraline, Oxaprozin and Efavirenz. Sertraline (ZoloftÒ) is an FAA-allowed serotonin reuptake inhibitor (SSRI) for depression that requires a Special Issuance Authorization. Oxaprozin (Daypro®) is a non-steroidal anti-inflammatory (NSAID) that is used for pain and inflammation. Efavirenz (Sustiva®) is an anti-viral medication prescribed for patients with HIV.

As we all may know, there is an opioid crisis in the United States. Pain medications that contain opioids such as codeine, morphine, oxycodone and hydrocodone can, when used chronically, have a high abuse potential. Opioids for acute pain are recommended to be prescribed in the lowest strengths and for the shortest period of time to give adequate pain control. Depending on the procedure, such as surgery, the healthcare team is responsible for tapering the opioids off the patient in a 7-to-10-day period.

Medications that could cause a falsely elevated opioid level include dextromethorphan, quinolones and verapamil. Dextromethorphan is an active ingredient in many OTC cough and cold products. Dextromethorphan is a cough suppressant and in high doses may cause hallucinations. Quinolones are antibiotics that are prescribed to treat pneumonia, skin infections, sinus infections and urinary tract infections. Quinolone antibiotics that are commonly prescribed are Levofloxacin (Levoquin®), ciprofloxacin (Cipro®) and ofloxacin (Floxin®). Verapamil (Verelan PM®) is a calcium channel blocking agent used to control heart rate in patients with atrial fibrillation and blood pressure in patients with hypertension.

Phencyclidine (PCP) is a hallucinogen found in a street drug called Angel Dust. Medications that may cause a falsely elevated PCP level are Dextromethorphan, diphenhydramine, doxylamine, ibuprofen and tramadol. Diphenhydramine (Benadryl®) is an OTC long-acting antihistamine found in many different combination products for seasonal allergies. In my humble opinion, no pilot should ever use diphenhydramine for seasonal allergies or for sleep (Tylenol PM). It is on “Larry’s NEVER to take list.” Diphenhydramine takes 60 hours to be eliminated from the body. The sedative effect of this antihistamine (“hangover effect”) is a no-go for flight. Doxylamine (Unisom®) is an OTC sleep aid that is on the FAA no-fly list. Ibuprofen (Motrin®) is an NSAID used for pain and inflammation. Tramadol (Ultram®) and tramadol with acetaminophen (Ultracet®) are pain medications that work on the same receptors as opiates. Please see the FAA medication database on aopa.org for specific prescribing criteria and the 48-hour wait period before flying after taking tramadol.

Tricyclic antidepressants (TCAs) are the first generation of medications used for depression and are very rarely used in healthcare nowadays. This category of medications caused many side effects that included cardiac arrythmias. Diphenhydramine can cause a false elevation urine test for TCA.

My recommendations are to only take the medications that are prescribed for you. Do not take medications that are prescribed for someone else. Always have your updated medication record available that can be supplied to your primary care provider and all specialists. Inform your provider of all OTC medications you are taking chronically or on an as needed basis. Ensure that all of your currently prescribed and OTC medications are included when renewing your medical. I hope you never have to be the receiver of a falsely positive urine drug test. The impact on your license and medical can be significant. Always keep in mind that there is an alternate testing method to distinguish if a urine test is a true false positive or true positive result. Gas chromatography-mass spectrometry (GCMS) or high-performance liquid chromatography (HPLC) are testing methods that are more sensitive than the typical urine tests. My goal is to make you aware of the fact that there may be a small possibility that commonly prescribed and OTC medications that you may be taking can cause a falsely elevated drug test. Knowledge is power and this rarely studied phenomenon is another tool in your pilot toolbox. Be well and be safe.