You know that old chestnut? The propeller is there to keep the pilot cool, I know this to be true because when it stops spinning, they start sweating! 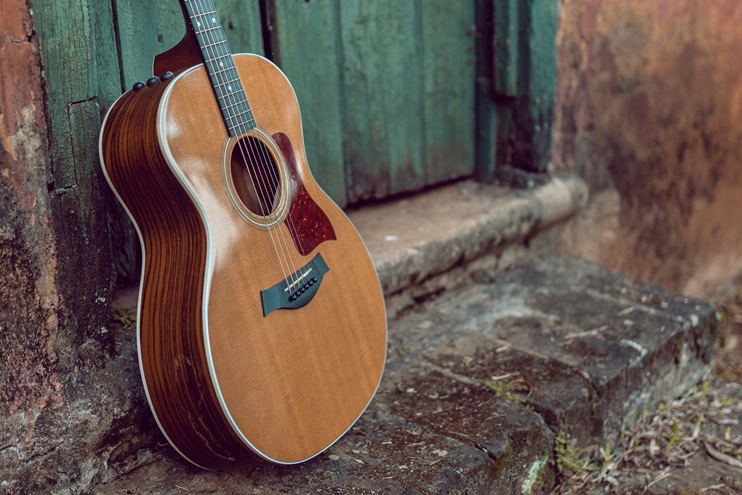 Aviator's ears are attuned to the sounds our aircraft make, and while a finely tuned plane is music to our ears, any aberration from the norm causes discomfort.

As a surgeon, I always enjoyed hearing music in the operating room, with different tunes for each phase of the procedure. The “opening music” was cerebral, an overture for what was to come. Then I was serenaded by Chopin or Stan Getz to provide a calm backdrop to delicate maneuvers, and finally, hard rock while closing the wound. Just like in an airplane, music affected my mood in the intense medical environment just as it does in many places in life.

Shakespeare nailed it in Twelth Night – Orsino says ,“If music be the food of love, play on” – a plea to be overdosed with music as he contemplates the unexpected, and sometimes unwanted, emotion of love.

We know that music induces many emotions, encouraging tears of sadness and joy, bringing on sleep or the urge to dance. Sounds are important and sound surrounds us. So let’s get into the groove and explore sound as it relates to health.

Of course, loud noises, music or aircraft engines can harm hearing, and resultant damage is irreparable. Bold musical sounds – and I am including a turbine’s roar or the rhythmic thrum of a beautifully tuned piston that can induce the urge to smile and dance; the latter is not encouraged in the cockpit. Happiness, it is well known amongst us medical types, does equate to a longer lifespan and healthspan.

If the type of music is not to our liking it can irritate or frustrate – I remember seeing a Chinese opera in Beijing and while enjoying the spectacle, the dissonant tones rankled and made me feel distinctly uncomfortable, physically uncomfortable, irritated, unhappy. Whereas Western opera bathes me in waves of strong positive emotions – I feel different. And by definition, if we are feeling an emotion, there must be a hormonal and neurologic response.

In December 1989, America had a wee disagreement with Panama’s General Manuel Noriega and invaded that country. The general fled to the Vatican Embassy which is, of course, sacrosanct territory and the American military could not break the doors down. So they did something else. They set up a sound system and played continuous music to send a message – KC and The Sunshine Band’s appropriate “Give It Up,” Alice Cooper’s “No More Mister Nice Guy” and Black Sabbath’s “Paranoid.””The psychological operation was embraced by the American troops who suggested songs like Rick Astley’s “Never Going to Give You Up,” Kenny Loggins’ “Danger Zone” and a version of “I Fought the Law.” It seems that the dictator, who was partial to opera, would rather face the consequences of his actions than be aurally assaulted in this manner and he surrendered.

In hospitals, patients are assaulted by loud staff conversations, beeping pagers and monitors, ringing phones, carts clanging, squeaky rubber-soled shoes, loudspeaker announcements and the cacophony of physiologic noises emanating from patients; if you weren’t ill to start with it could be enough to make you so! Many of us in the medical profession have called out for hospitals to be designed to take soundproofing into consideration – ever sat in a single engine plane without the baffles?

Music is a collection of different frequencies, rhythms, patterns and just like all sounds, they enter our brains via the pinna, the external ear, then the tympanic membrane or eardrum, which vibrates and via an elegant system of three bones, the auditory ossicles, the malleus or hammer, incus or anvil and stapes or stirrup. Vibrations are converted into pulsatile flow in the cochlea and thence picked up as nerve signals. This is where it gets funky.

As electrical signals progress up the auditory nerve the brain interprets the nature, meaning and emotion of the sound. And if it be music, several areas of the brain light up. For instance, if one has had a nice experience, say a wonderful evening with a new romantic flame, and a particular song is playing, an emotional connection is made so that when we hear that song, memories of all the elements of the evening will flood back – a neurocognitive loop is established and that song will forever induce pleasant memories and physical sensations. This is why as pilots one may hear a sound that is just not right – all the indications from our instruments suggest otherwise, but trust your ears and take it seriously.

Music therapy is a form of complementary or alternative medicine which has been shown to alleviate symptoms of illness and improve overall well-being, often enhancing traditional allopathic treatments. It involves using a person’s responses and connections to music to encourage positive changes in mood and overall well-being.

I also want you to consider how music therapy might become part of your life. I have previously talked about mindfulness (Mind the Gap, AOPA Pilot, December 2019, page 26) and this is another modality that is easy to incorporate into your life and may well have benefits to your long-term health. Worst-case scenario? It can’t hurt!

So let's consider some examples. Dancing may cause some degree of humiliation (you know the quote – vodka says “yes, you dance amazingly well”) but the exercise is good for your heart, lungs, bones and muscles. We also know that just listening to music alters breath and heart rate, and lowers blood pressure. You know the expression that something of beauty takes your breath away? Gorgeous music can actually do quite the opposite. As I type this, George Benson is setting the tone with his sublime guitar.

We also know music can be energising - a 2015 study by researchers at Shanghai University found that relaxing music helped reduce fatigue and maintain muscle endurance when engaging in a repetitive task. Additionally, music therapy sessions have been found to decrease fatigue in patients receiving cancer treatments and music therapy has also been shown to raise the fatigue threshold for people engaged in demanding neuromuscular training. Maybe like flying?

As far as exercise performance is concerned, a 2020 research review confirmed that working out with music helps your body exercise more efficiently and lowers your awareness of exertion, often leading to longer workouts. I certainly find that my morning run is longer and more energetic if I am listening to some rousing music or a stimulating podcast, whereas something chill makes me want to lie down and relax.

Music therapy as also been shown to help with pain management. For instance, a 2016 meta-analysis reported that music helps people manage both acute and chronic pain better than medication alone. So rather than dose up with over-the-counter or prescribed medication for that aching back, and that might prevent you flying, why not try some tunes?

For mental health, music therapy reduces the negative side effects of stress, such as emotional and behavioral problems. Calming patients improves wellbeing and can even help them recover from surgery more smoothly.

Music also helps lower anxiety; for instance, studies have shown that people in post-stroke rehab are more relaxed once they’ve listened to music for an hour and hence do better with their rehab.

And while there is conflicting evidence on whether music therapy has an effect on the body’s physiological stress response, one study indicated that in general the body releases less cortisol when listening to music, but another study concluded that music didn’t reduce anxiety before a stressful event but could help your nervous system recover faster post-event.

Music certainly helps with symptoms of depression; a 2017 research review suggested that listening to music, particularly classical or jazz, had a positive effect on depression symptoms, especially when conducted by certified music therapists. And if jazz just doesn’t do it for you, the same research review found that percussion also showed above-average benefits for people experiencing depression. So there you go, that sweet Continental or Lycoming might just qualify as a therapy device!

So, mental health issues can exacerbate physical illness, affecting medical outcomes and, subsequently, the cost of treatment. The impact of poor mental health on physical ailments is estimated to cost the British National Health Service at least £8 billion a year, that’s $10.37 billion at today’s rate.

Some examples of how stress can directly impact physical health? What about digestive system symptoms like increased risk of developing type 2 diabetes, acid reflux, constipation, or chronic muscle pain from tension. And of course stress can lower testosterone levels impairing sexual function which in and of itself will cause further stress. And not just men experiencing erectile  dysfunction – women also may get disturbed menstrual cycles and magnified symptoms of menopause. And yes, we know that stress is bad for your heart and cardiovascular system and may increase cancer risk. So chill out and turn on some sax, Brahms or whatever floats your boat. Or flies your plane.

Medically unexplained physical symptoms often have a basis in poor mental health and are estimated to cost the NHS £3 billion each year ($4.02 billion). And those with severe mental illnesses also have a significantly lower life-expectancy.

So it is apparent that we need cost-effective alternatives and complementary treatments to enhance what traditional medicine can do.

And the role music might play? In a meta-analysis of 400 studies, researchers discovered that music improves the body's immune system function and reduces stress. Listening to music was also found to be more effective than prescription drugs in reducing anxiety before surgery.

In a trial with 42 children under the age of 11, researchers found that patients who listened to relaxing music while getting an IV inserted reported significantly less pain.

Music therapy has been shown to help dementia patients. It can help them recall memories, improve physical coordination, and could reduce agitation and is now a mainstay in many Alzheimer’s care facilities.

I mentioned at the start how music was a part of my operative routine. Its also a part of many components of my day – whether out for my run, cooking, reading a book or other activities. I know it enhances my emotional sanity. And of all the things I missed during the periods of lockdown, live music was right up there, along with flying.......which wasn’t up there!

I am very lucky to have dear friends who are professional musicians – classical, jazz and rock. While their styles of music may be different, what they have in common is a different way of seeing the world, a more developed emotional quotient, a poetic lilt to their speech and a sense of calm in all they do.

Try viewing music through a different optic, one that provides a connection to all that is good in life. People often quote the expression that music soothes the savage beast. In fact this is a misquote, William Congreve actually said that “Musick has charms to soothe a savage breast, to soften rocks or bend a knotted oak.” And we could all do with a bit of soothing right now.

Fly well and get in the groove!

You can listen to Dr. Sackier’s  podcasts every week and archived at: https://www.emg-health.com/omnipresent/?category=podcasts&therapeutic_area=healthcare or wherever you get your podcasts. You can also email Dr. Sackier at:[email protected]