Hello, and Happy New Year, everyone! We made it through a rocky 2020 and 2021 hasn’t been so hot thus far, but I’m sure we are all hopeful that as the new year matures, life may be “kinder and gentler.” The last few columns here have been mostly clinical and procedural, so I’m going to deflect a bit this month and take a different tack to start the new calendar. 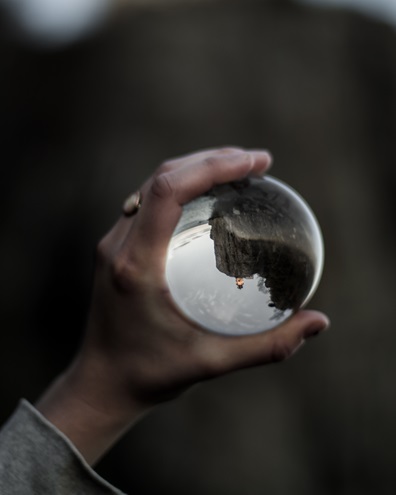 Many of you remember our former AOPA President Craig Fuller who now resides in Easton, MD, near the beautiful Chesapeake Bay. Craig puts out a monthly email commentary, “First Monday,” in which he shares his comments on political, social, or other trending topics, and often includes recommendations on books or editorials, and some great photographs of the Chesapeake. With his permission, I’m borrowing his First Monday format this month. Many thanks, Craig!

With the chaotic 2020 all of us and our fellow global humans endured, it was easy to fall into that emotional cauldron of worry, fear, and concern fueled by the almost nonstop media bombardment about the pandemic virus, the threat of foreign governments tampering with our electoral process, politics and politicians in general, global climate change, and the shortage of toilet paper in supermarkets. Thank God we still have airplanes to provide us with some respite from the “dementors” that manage to suck the very light from our psyches!

A while ago, a long-time friend of mine from college turned me on to a book written by Rhonda Byrne, The Magic, and suggested I give it a read because of the positive effect it had on his relationship with life. The Magic is all about gratitude and how being grateful for the gifts we have more than offsets the adversities. After my first read, to be honest, I thought the message came across as a little “hokey” with the suggestion that there is magic in how being grateful can positively influence how we live and relate to those we care about. However, I’m now on my sixth trip through the quick read 250 pages, each chapter focusing on the “magic” of some aspect of gratitude, and it’s beginning to make sense to me.

Remember when we were kids (if you’re not a Millennial or Gen Z, probably) our parents, grandparents, and elementary school teachers told us often to “say the magic words!” “Please and Thank You!” It amazes me how the concept of “magic” is different now from when I was a pre-teen. Magic then was, well, magic and not “real.” But it does make sense to me now that there is magic in our universe and it happens when we feel and show gratitude for the gift of being conjugate in that universe of human life forms.

“I love magic!” Those words were spoken by Harry Potter, the child wizard in The Goblet of Fire, the fourth book in the blockbuster J.K. Rowling series about wizards in the modern world. There certainly is magic about gratitude, and The Magic reveals so much about how gratitude can soften the blow of an otherwise cruel and unforgiving reality.

I often sleep with the Bose radio on low volume and tuned to the local Salisbury University public radio station, WXSU. They have an excellent classical lineup, especially in the overnight hours. In the very early morning hours a few days ago, while in that twilight time between REM sleep and barely awake, I happened to catch this beautiful choral piece. It’s theme music for a video game, Civilization VI, that has been around for several years, but I’m not a gamer and was unfamiliar with the game and certainly not the music of the composer.

However, the music for the version, composed by Christopher Tin, is outstanding and based on the lyrics of Leonardo da Vinci’s writings on flight, called The Dream of Flight, Sogno di Volare. It’s sung in Italian, but there are subtitles so da Vinci’s simple but poignant words about the marvel of flight tied to the glorious music has me still hitting the replay of the video. The music is part of his most recent album, “To Shiver The Sky.” I think you will find the video an amazing testament to the human spirit and the quest for discovery. I pray that going forward our great nation will continue to lead the world in that spirit of discovery and achievement!

Please be safe, get airborne, and be grateful!