DRIVING UNDER THE INFLUENCE & YOUR AVIATION LIFE: PART IIDriving Under the Influence Part II

This article is the second part of our two-part series on DUI/DWIs and pilots.

In Part 1, we discussed suggested practices to follow in the event that you are stopped by law enforcement for suspected driving under the influence. In this Part II, we will focus on the impact an alcohol related conviction may have on your pilot’s license. As mentioned in Part I, if you are in a position where you are driving while under the influence, then you need help.  Your decisions with drugs or alcohol have affected your life, whether you admit it or not.  You may need a substance abuse or dependence evaluation, counseling, or other treatment.

Pilots pride themselves in following safe operating procedures and making good aeronautical decisions. Scrutiny of pilots with a history involving an alcohol-related motor vehicle event continues to be an emphasis area for NTSB and FAA. In 2008 the FAA released an interesting study of fatal aviation accidents that occurred between the years 2000 and 2007, in which ethanol was present in the pilot and the pilot had previously documented alcohol offenses and/or a documented history of alcohol dependence. The results were as follows:

The NTSB recently released its 2013-2017 Update to Drug Use Trends in Aviation report, which suggests an uptick in traces of certain medicines and drugs found in pilots who have died in accidents. The statistics focused on the prevalence of illicit drugs identified by toxicology testing in fatal aviation accidents. Alcohol related toxicology results were excluded from the study given the complexities of interpreting results of postmortem ethanol testing. Nonetheless, the NTSB reported that:

·   Between 2013 and 2017, 1,042 aviation accidents involving US pilots occurred in the United States in which the flying pilot was fatally injured.

o   144 (15%) pilots tested positive for at least one drug indicating a potentially impairing condition, and

o   94 (10%) pilots’ test results indicated evidence of use of at least one controlled substance, and 47 (5%) tested positive for an illicit drug.

As a quick refresher, FAR 91.17 starts with part (a)(1) which is the well-known “8 hours from bottle to throttle” rule. This limits the number of hours before flight that a pilot can drink to eight, although others may suggest a more conservative wait time of 24 hours. The rule also prohibits any pilot from filing under the influence of alcohol, or while using a drug that has effects contrary to safety.  Additionally, no pilot may have a blood alcohol concentration of 0.04 % or higher. In short, this is the A of the acronym IMSAFE.

So, what happens when a pilot has an alcohol related “event” outside of flying? This is addressed by FAR  61.15. This section is entitled “offenses involving alcohol or drugs.” The word “offenses” is important as the FAA cares about not only alcohol related convictions but also alcohol related arrests and driver’s license actions. It is important to distinguish an arrest from a conviction. In the criminal justice system, an arrest is the act of seizing or forcibly restraining an individual. An arrest is not a bad act. Moreover, assuming the arrest was valid, it simply indicates that there was a suspicion or allegation of some kind of wrongdoing, which may or may not be true (i.e. “innocent until proven guilty”). On the other hand, a conviction occurs when a case has proceeded through the legal process and there is a judicial ruling that the accused has committed a crime. Unfortunately, for pilots, the FAA cares about an arrest even if it does not result in a conviction. The following breaks down the reporting requirements pilots must follow.

2. The type of violation that resulted in the conviction or the administrative action;

3. The date of the conviction or administrative action;

4. The State that holds the record of conviction or administrative action; and

It is important to note that it is very likely that an administrative license suspension could (and typically does) occur prior to a criminal conviction for DUI/DWI. In that scenario, two Notification Letters would need to be sent to the FAA within 60 calendar days of the effective date of the related action: One letter for the administrative action and one for the resulting subsequent conviction. A significant amount of time can pass between the notification requirement deadline for the administrative action and the notification requirement deadline for the subsequent conviction (if applicable), and it is important to note that making the first notification does not relieve the pilot of the obligation to make the second one.

In addition to this, alcohol and/or drug related actions or events are progressive. For example, if you have a second motor vehicle action within a 3 year period, the FAA may suspend or revoke your pilot certificate.

Regarding both arrests and/or convictions of alcohol related offenses, Question 18v of the Application for Medical Certification (FAA Form 8500-8) asks the airman to respond “yes or no” to the following:

1. Whether the airman has a history of arrests and/or convictions involving driving while intoxicated by, while impaired by, or while under the influence of alcohol or a drugs; or

2. History of any arrest(s), and/or conviction(s), and/or administrative action(s) involving an offense(s) which resulted in the denial, suspension, cancellation or revocation of driving privileges or which resulted in attendance at an educational or a rehabilitation program.

If yes is marked, the instructions explain that a description of the arrest(s), and /or conviction(s) and/or administrative action(s) must be provided. This description must include the following:

1. The alcohol offense for which you were arrested and/or convicted or the type of administrative action involved;

2. The name of the state or other jurisdiction involved; and

3. The date of the arrest(s), and/or conviction, and/or administrative action(s).

In this situation, the information would be provided to an aviation medical examiner. The attorney who represented you in the underlying DUI/DWI can assist you in providing the correct documents to the AME. This will include the police report of the arrest, BAC reports, court records, driver’s license records and a personal statement. The AME uses the information to assess whether the airman has any chemical dependency or substance abuse issues. If the event took place within the preceding 5 years, even with a BAC <.15, the AME will need to fill out additional paperwork including an Alcohol Event Status Report.

In addition to these medical considerations, it’s critical that pilots accurately complete the medical application.  Under FAR 67.403, an incorrect statement on a medical application can result in the airman’s medical certificate being suspended or revoked, while a fraudulent or intentionally false statement will likely result in the emergency revocation of all the airmen’s certificates and ratings, along with a 12 month mandatory wait before being eligible to apply for new airmen certificates.  Fraudulent or intentionally false statements may also be referred to the Department of Justice for criminal action, but this is not a common outcome.

For all these reasons, it is important for pilots involved in an alcohol-related action to consult with an attorney who is familiar with the FAA’s notification and medical certification requirements. In many cases, a misstep that results in the event not being properly reported to the FAA can have an even greater impact on the pilot’s ability to continue flying than the underlying event itself.

The opinions expressed in this article are those of the author(s). 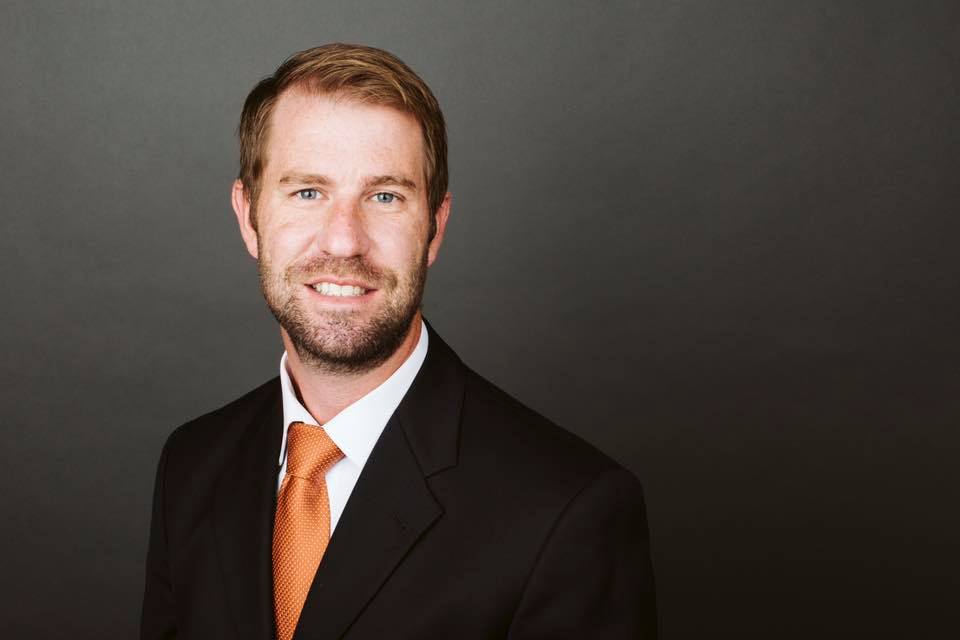 In addition to his work, Patrick is engaged as a community leader serving as a volunteer wrestling coach at Mandan High School. Outside the office, Patrick enjoys golf, is an avid pilot and also teaches piano lessons. 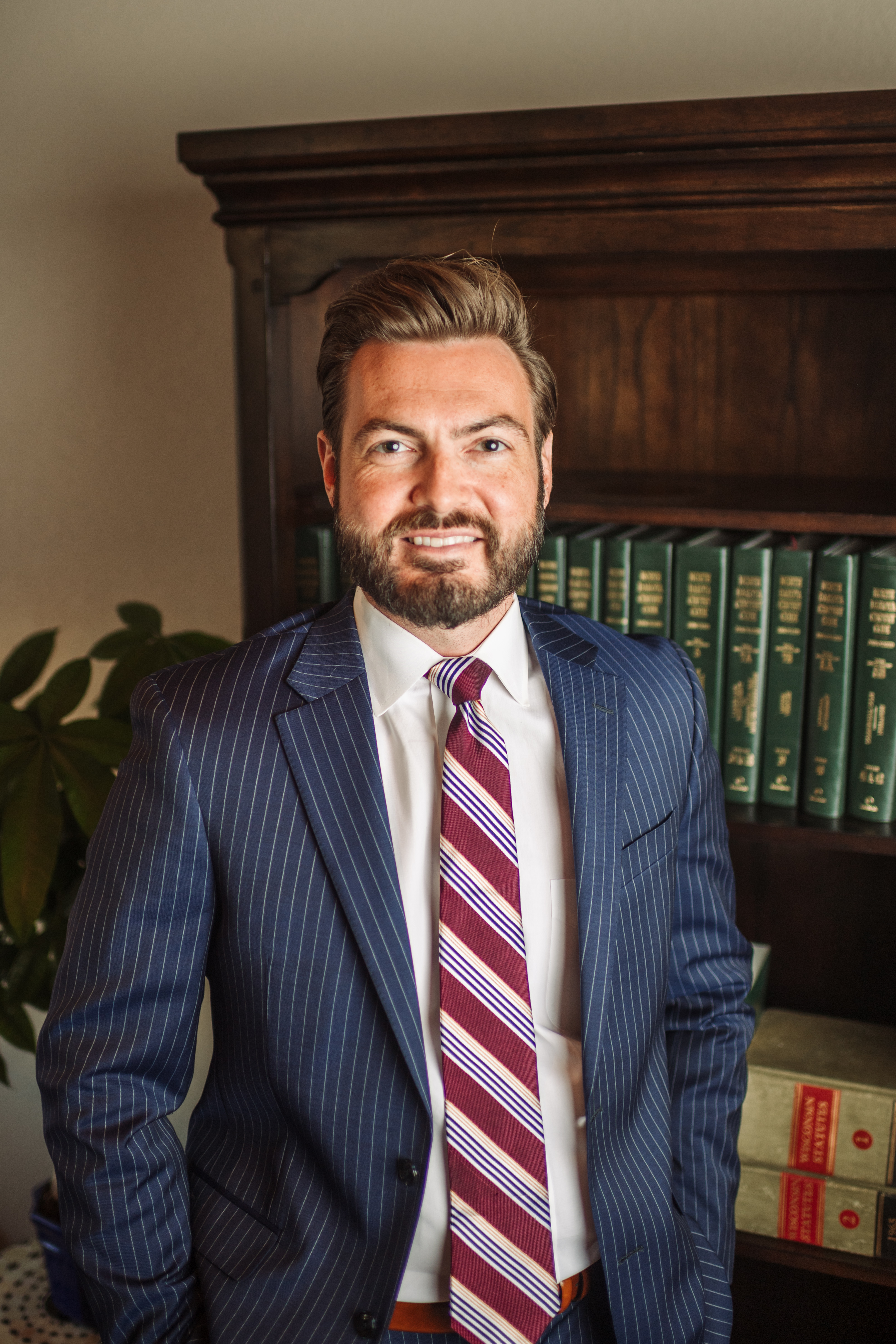 Chris Redmann grew up in northeastern Wisconsin and obtained a Bachelor of Science degree in Political Science from the University of Wisconsin - Steven's Point. He went on to work for the Federal Bureau of Investigation's Counterterrorism Division in Washington D.C. He worked hundreds of counterterrorism investigations in the International Terrorism Operations Section. During his time with the FBI, Chris received the FBI Director's Certificate of Achievement for his steadfast work while assigned to the Counterterrorism Division's Executive Office. While with the FBI, Chris was also deployed to Afghanistan.

Chris later received his juris doctorate at the University of North Dakota - School of Law. After Chris completed his legal education, with a background in criminal investigations, he worked for the Fargo Police Department. He investigated and responded to thousands of calls ranging from DUI and drug offenses to domestic violence and homicide. He obtained advanced training in DUI interdiction, standardized field sobriety tests (SFSTs), Domestic Violence investigation, and completed both investigations and narcotics agent school.

Chris left the Fargo Police Department to work as a prosecutor with the Burleigh County State's Attorney's Office in Bismarck, ND. Chris prosecuted hundreds of cases ranging from minor misdemeanor assaults to complex AA felony drug conspiracy. He attended advanced training in the prosecution of drug offenders and maintained a strong conviction rate in the office.

Chris ultimately left government service to join Redmann Law, P.C. as a partner focusing primarily on criminal defense, governmental entity, and employment litigation. His experience in state and federal investigations and knowledge of local, state, and federal governmental entities provides a base for excellent advocacy and leverage for his clients.