I just love coffee and I can’t imagine life without my morning cup, and afternoon cup, and sometimes an evening cup for that matter. 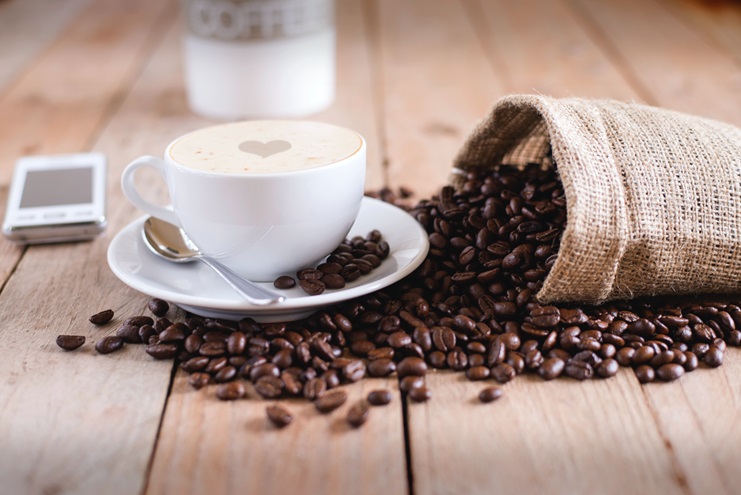 I’m not alone; coffee is about the most widely consumed beverage worldwide and every country has its own blends and customs. World health statistics say that more than 80% of adults drink at least one cup daily. Cherise Sinclair in Master of the Mountain nailed it for folks like me: “No matter what historians claim, BC actually stands for ‘Before Coffee.’” I can’t imagine what it must have been like jump starting the day and getting through a long one “before coffee.” My local airport has a drive-thru coffee shop right before the turn from the main street that gets a lot of business from me and many other pilots every morning filling the coffee tanks before a long flight.

When I look back on my training years, I doubt I could have completed four years of college followed by four years of med school and then 9 years of residency and fellowship without a little boost for the days and long nights. As a resident here at the University of Miami, I lived on café cubano. I made lots of late night trips to the cafeteria on the first floor of Jackson Memorial Hospital where you could pop a quarter into a little machine that dispensed a cup of this heavenly blend. It might be a bit of a stretch to call it coffee, as it’s pretty much half caffeine and half sugar with just enough water to make it a liquid – well almost a liquid – but really a paste. You drank as much as you could but needed a spoon to finish it off since it’s so thick. Still, a couple of shots of this magical concoction kept me going all night and being up all night, every other night, for all those years I really welcomed the help.

Coffee has effects on mood also and for me it’s that and the little mental jump-start I get from my AM cup. My favorite morning coffee mug has a line at the top that just says, “SHHHHH” then a line about halfway down that says, “ALMOST” and finally at the bottom where it’s empty that says, “Now you can talk.” Maybe it’s a bit of an exaggeration but it makes the point.

The essence of coffee is of course caffeine and that’s not for everyone since it has different effects on everyone. Some of the side effects can be nasty if that’s how you react to it and we’ll get to that in a minute. But for me, as a cardiac surgeon, sewing 2mm coronary arteries under magnification with almost invisible suture thread and fine instruments, I am always sensitive to hand shaking. Coffee never had this effect on me, nor does it make feel jittery or get my heart racing, but it does for some people so be careful. The effects of caffeine on both cognition and mood have been well studied. Caffeine exerts its effects by blocking adenosine receptors in the brain that leads to increased energy use and causes dopamine release (that feel-good stuff again). Caffeine increases concentration and improves motor control and alertness and has important and usually positive effects on how we process and store information. It also enhances attention and alertness and has positive influences on memory, fact retention and learning. Additionally, caffeine has real implications in overall health with both short-term and long-term effects on certain disease processes and also the aging process. All of these caffeine effects can be terrific assets in the cockpit and right here on the ground too.

There are some other ways the brain is affected by coffee that are pretty interesting, and there’s a really good recent review in The Journal of Molecular Psychiatry that dives down into the physiology of what caffeine does. The researchers compared regular coffee drinkers to non-users in matched controlled study groups. They used a great tool for figuring out what’s going on inside our heads that we’ve talked about in this space before, something called functional MRI (fMRI). This allowed them to watch, in real time, how caffeine does its thing. They found that drinking coffee on a regular basis not only impacts the dopamine-related biochemistry of our brains, but also the actual physical wiring in the brain. A cup of coffee induces almost immediate functional and connectivity changes in the limbic system areas of the brain – that’s the place that controls attention and emotion. So the caffeine effects are the end result of a more efficient pattern of nerve connections and chemical metabolism in this critical part of the brain.

For sure coffee can be a double-edged sword and some people can have lots of problems with caffeine. For those who just get that jittery and heart pounding side effect, anything with caffeine should be avoided. Check the labels, as many soft drinks, teas, and over-the-counter medications contain caffeine. In the review I talked about in the last paragraph, the authors found coffee drinkers had high levels of stress and particularly difficulty relaxing in general compared to the non-coffee using group. They also found increased anxiety in some test subjects associated with daily coffee drinking. Lots of folks have minor cardiac arrhythmias and hypertension that can be more of a problem after a caffeine load so make sure to check with your doc if there is anything like this in your medical history. Too much caffeine from soda or cold medication or drinking coffee in the evening can lead to insomnia in some, and lack of sleep is a real danger for safety. Coffee is also a diuretic and in some, can even work as a laxative, which means that Venti Triple-Shot Latté you chug from the corner drive-thru on the way to the airport might have you needing to use a bathroom pretty soon. I don’t have to tell you that that can be an issue in a GA aircraft high up in the sky. Another downside of too much coffee is that if you stop drinking it you can have some withdrawal side effects like headache and fatigue.

So drink up in the morning before you head to the airport, in moderation for sure. The health and cognitive benefits of coffee are terrific and can be a good boost for those long, lonely flights. Fly safe and smart. Just be careful if you have any problems with coffee drinking in the past.