Resources Say Again I Tested Positive for What Part 1

Say Again, I Tested Positive for What? Part 1

Pilots beware. You need to be aware there are medications and products in our marketplace that could cause a false positive drug test. 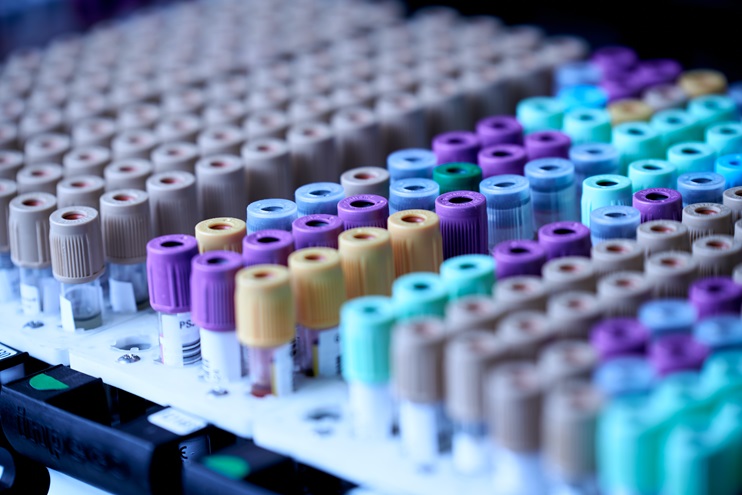 A positive drug level for a substance has consequences for the commercial and airline pilot as well as for the general aviation pilot who gets drug tested at the workplace. As a pilot and flight instructor, I value my responsibility and mission to continue to fly safe, and be drug free. I enjoy the blessing I have been given to fly a general aviation aircraft.

My history in this subject started in 2002. An 87-year-old female was admitted to the Coronary Care Unit due to a massive gastrointestinal bleed caused by excessive anticoagulation. A urine drug screen was ordered. The THC (tetrahydrocannabinol) level came back positive. There was no reason to suspect she had contact with a marijuana product. I immediately did some research into medications that could cause a falsely elevated THC level. The patient was on pantoprazole (Protonix®) for gastroesophageal reflux disease (GERD).

The pantoprazole package insert says: False Positive Urine Tests for THC, there have been reports of falsely positive urine screening tests for THC, Pfizer Inc, update March, 2012. I brought this up on rounds, to the surprise of the physicians, and recommended switching to a different medication for GERD that did not have reports of falsely elevated THC levels. After discontinuing the pantoprazole for 24 hours, a subsequent THC level was negative.

The downside of my knowledge gathering is I have found very few studies with a very small number of study participants. Much of this data is observational, looking at a small number of healthy subjects for a short period of time on a particular medication.

A pilot failing a Department of Transportation (DOT) drug test comes under the FAA Order 2150.3b. A positive DOT drug test under the order requires revocation of all pilot certificates. Part 121 and Part 135 (and some 145) operators are required to test pilots and other certificate holders performing safety-sensitive positions for many reasons. These include pre-employment, random drug testing, post-accident, reasonable cause, return-to-duty cause, and follow-up testing. Failure of a random DOT drug test carries a penalty of revocation of the airman certificate as well as the medical certificate.

The FAA HIMS (Human Intervention and Motivation Study) program helps commercial pilots with drug/alcohol problems get back into the cockpit after testing positive. The HIMS-AME will help the pilot meet the necessary FAA requirements to receive a special issuance certificate. Success rate is about 85%. This process is a lengthy time commitment and money costs are high for the pilot.

The definition of a false positive laboratory value in drug screening is a drug level that is reported positive even if the patient is drug-free. In most cases, the false positive is due to an interaction or cross sensitivity between the drug test assay used and a prescribed medication.

In June 2018, the FDA approved cannabidiol (Epidiolex®) for the treatment of seizures. The active ingredient in this medication is CBD. In December of 2018, the Farm Bill was signed into law. It removed hemp, defined as cannabis and derivatives of cannabis with extremely low concentrations of the proactive compound, delta-9-tetrahydrocannabinol (THC) with no more than 0.3% THC, from the definition of marijuana in the Controlled Substances Act (FDA July 25, 2019). The Departments of Agriculture in each state are responsible for the establishment, operation procedures, and industrial hemp licensing programs. Twelve states have laws that delineate THC levels in cannabidiols (CBD).

CBD products are not considered psychoactive. There is some preclinical work at this time showing CBD may be psychoactive based on some preliminary data in patients with anxiety and addiction (Neurotherapeutics. 2015;12(4):825-836). This is the same CBD, only in lower concentration, that is used in products found in CBD stores, health food stores and airport shops. CBD products are not regulated by the FDA. The amount of THC in some products may be falsely reported. There has been some anecdotal data of pilots who have used CBD products with a low THC component, and who had a random drug level show up positive for THC. A newly hired Colorado pilot was fired in 2017 due to accidentally eating a marijuana edible of a friend. He tested positive for THC before starting his job. THC is fat soluble and will stay in the body for weeks. The pilot did receive his certificates back through working with the FAA.

Medications that could potentially cause a false positive for THC include proton pump inhibitors, omeprazole (Prilosec®), pantoprazole (Protonix®) and esomeprazole (Nexium®). Proton pump inhibitors will block the stomach acid (hydrochloric acid) completely. This will prevent backup of the stomach acid into the esophagus, the main cause of gastroesophageal reflux disease (GERD).

Non-steroidal anti-inflammatory drugs (NSAIDs) are medications used for pain. Typical uses of NSAIDs are for people with osteoarthritis and general muscle pain. NSAIDs block the inflammatory process to stop or decrease pain. Ibuprofen (Motrin®) and naproxen (Aleve®) have been reported to cause a falsely elevated THC level. An HIV medication, efavirenz (Atripla®, Sustiva®) is also on the list of medications that could possibly cause THC to be detected.

It has been shown in studies that the type of immunoassay technique used can make a difference of showing a false positive THC test versus a negative test (Clinical Tox, Vol. 58 2020: Issue 6). The package insert for pantoprazole (Protonix®) recommends that an alternative confirmatory method should be considered to verify positive results. The time span the patient is taking these medications could also play a role in false positive findings. It has been postulated that chronic administration of these particular medications may lead to a higher false positive THC urine level.

My role as a clinician has been to look at the whole patient, evaluate, decide and provide an evidence-based recommendation when appropriate. The same goes for pilots. The importance of this knowledge gathering is to share this information with you for you to use to continue or create a discussion with your primary care physician, nurse practitioner or physician assistant. Our advantage is we have many medications for the same indication that will not cause a false positive level. Why take the chance, be it low? We do have paths and processes in place to help the pilot. Hopefully, we can all raise our consciousness and decrease the risk of this situation of ever occurring. In my next article I will be speaking on medications that cause other falsely elevated drug levels. Be well and safe.