Resources Take On Me

In 1984 the Norwegian group “Aha” had a global hit with a song entitled “Take On Me.” In addition to having a rather novel music video, it contained the lyrics “take on me, take me on, I’ll be gone, in a day or two.” 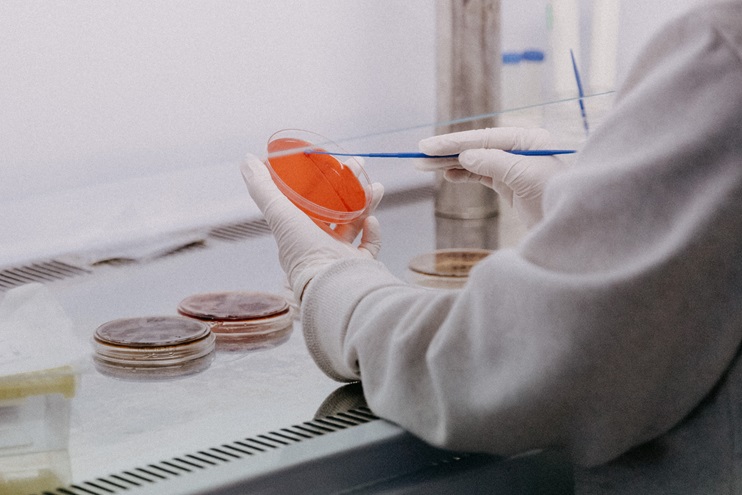 I have always enjoyed taking on scientific colleagues in spirited scientific debate and while respecting each other, we would seek to establish what specific data points mean. As a parallel, a few pilots might be shown a propellor, a gauge or two, some engine and fuselage parts and come to the conclusion that we are viewing pieces of an airplane. We may not all know, or agree what type, how it will perform or how to get it airborne, but we will definitely concur we are looking at an airplane.

The “debates” surrounding the pandemic baffle me, even when such discussions are with my colleagues. For instance, in the wake turbulence of my last article in these virtual pages, as is usual I received a good number of emails, but two in particular are relevant to today’s rant as both were from doctors, MDs, learned men. One was thankful for the message and told me he would be sharing it with his patients who were resistant to the facts of the pandemic. The other contained a tirade, a stream of invective that drew some interesting parallels – if this, then that. If I believed that there was a virus, then I must also believe a whole host of other nonsensical narratives and was likely a communist, baby-eating incubus. I did what Elbert Hubbard recommended: “When a man sends you an impudent letter, sit right down and give it back to him with interest ten times compounded, and then throw both letters in the wastebasket.” You see, debate should be driven by intellect, focused in content, motivated by passion and delivered with grace, not driven by ignorance, unfocused, motivated by hatred and delivered with gall.

I have struggled to understand the genesis of the various conspiracy theories surrounding the pandemic, but just had an epiphany that may explain why they are so prevalent.

I recently started doing podcasts and webinars for a dear friend’s online medical education company (you can hear them at: https://www.emg-health.com/omnipresent/podcasts/emg-health-podcast/ on the Apple podcast app and wherever you go to get your podcasts) and this week was doing pre-interviews with some of the leading names in viral disease. All are world-renowned scientists with expertise in viral disease; one has developed and deployed various Covid tests and another developed the vaccine for Ebola, the really nasty illness named for the river near the area in the former country of Zaire (now Democratic Republic of Congo). Another disease that originates in bats, Ebola is highly transmissible and kills 60-90% of those infected.

When I conduct these pre-podcast or webinar interviews, the purpose is to build rapport with my guest, familiarizing myself with the controls, if you will. I also seek to tease out their opinions, and the basis for these beliefs, so I can frame my questions appropriately. To put it in aviation terms, how do they behave under various conditions of flight. And that led to my “aha” moment.

Each is able to tell me a certain amount with certainty; they put me on notice that they know this, but don’t know that. They communicate the facts, immutable, undeniable, dyed-in-the-wool verifiable facts. They also honestly state “I don’t know” when they don’t know. And that is the substrate that opens the door to the naysayers, the conspiracy theorists, those who would have you believe that because the scientists don’t have all the answers, there must be another explanation that ties everything together seamlessly. That the people I am talking to have extensive training, experience, and more PhDs than you could shake a stick – or rudder – at is by-the-by. The other lobby wants to bid bye-bye to such logic. Died-in-the-wool if you will.

Let’s look at some of the statements doing the rounds on the internet and sadly, the FBO – I know, I have heard them and done my best to debunk them. Why? Because they are as dangerous as telling a newly minted private pilot that it is fine to fly into clouds, that you can make a four-hour flight with three hours of fuel on board or that the propellor is nothing more than a fancy fly swatter. These nonsensical ideas are killing people. I repeat; killing people.

1. “This virus was built in a lab.” Wrong. A virus contains a strand of genetic information, basically a series of molecules that are a blueprint to make more of themselves. We can look at a blueprint and see that the Cessna 152 and 172 share a common lineage. Just as the virus causing Covid-19 shares a common lineage with the virus that caused SARS. It is, if you will, the 172RG compared to the 172. If it was “built” it would be as dissimilar as an F35 is from a 172. There is a team of global scientific experts currently in Wuhan, China, as I write, and I will gladly take a bet from anyone that they will conclude with absolute certainty that this virus was not built in a lab.

2. “There is no virus, it is a government conspiracy.” Okay, this is plain loony. There is a principle called “Koch’s postulates” – he was the chap who discovered the germ theory of disease, different bugs caused tuberculosis and anthrax. There are four elements to Robert Koch’s statements:

So, if there is no virus, what is killing all these people? And then there is the slightly inconvenient truth that eventually every family will know someone who succumbed to this non-existent disease. Unless they all died, of course.

3. “Doctors are paid to diagnose Covid.” Really? Where is my share? No shady government operative has offered me or any of my colleagues backhanders to diagnose a disease where none was. Yes, under the “CARES act” there is an additional payment to hospitals because Covid-related pneumonia costs more to treat, and providers can claim healthcare-related expenses or lost revenue due to Covid-19, but doctors are not being incentivized to sign their name to a fraudulent death certificate. If anyone knows different, please tell me.

4. “The vaccines are unnecessary and/or dangerous.” Oh boy, here’s a biggie. First, vaccines are safe and do work to prevent disease – have you met anyone recently who has polio? Or TB? Secondly, there are no chips hidden in vaccines so the government can track you; we have our mobile phones for that, and social media provides a robust agenda of when you drank a coffee and when you went to the bathroom. Third, there is no tissue from aborted babies in any of the vaccines. Oh, and by the way, I have received my first dose of the vaccine and am delighted to have been vaccinated as it might save my life, which I happen to treasure.

I have to say I am getting really fed up writing about Covid, especially with this nonsense and am tempted to suggest that all the people who subscribe to any of these theories should gather in one place, discard their face coverings, toss away their hand gel, decline vaccination and deal with the consequences. Not enforced eugenics, but freedom of speech. But don’t dare threaten my safety or that of the people I love.

The quote from H.L. Mencken is one of my favorites: “For every complex problem there is an answer that is clear, simple, and wrong.” Yes, science does not have all the answers, but it asks the questions and uncovers facts, gradually and assiduously and does not fabricate a story to fill the gaps. I am sure you would agree that as pilots, we are a fact-based community. Four-hour flight? Four hours fuel plus the relevant reserve. IMC but no IFR ticket? Stay on the ground. By all means, take me on, but do so armed with facts and deliver them with grace. Stay safe and fly well.