I was born in London and grew up in Hampstead, a leafy village in the hills to the north of the city and home to many interesting figures including Edward Guinness, whose family gave the world that eponymous dark and enticing gift. 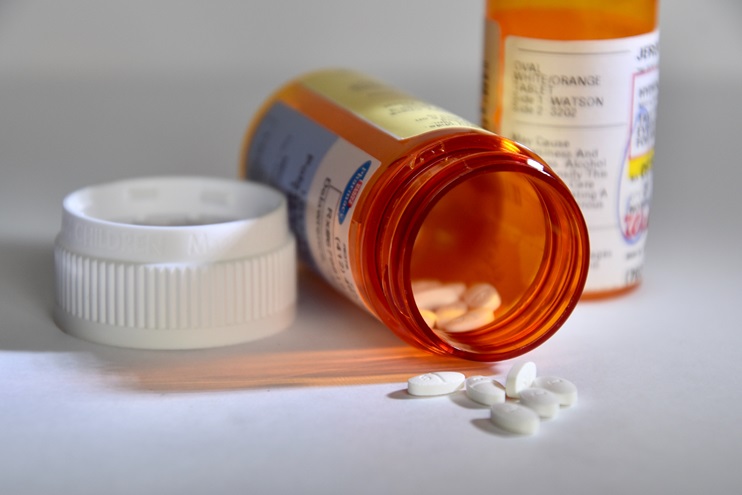 The prominent and portly director was a renowned prankster, and while some of his mischief might have been amusing, one famous lark was decidedly wicked. During production of one movie, he bet a crew member a week’s salary that he could not spend a night alone in the dark studio handcuffed to a camera, a wager the unfortunate chap agreed to. When Hitchcock “kindly” gave him some brandy to ease his ordeal, it might have been deemed a kind gesture. Except the cognac was laced with a powerful laxative, and the next morning the results were apparent to all and sundry.

I have not just sympathy, but empathy, for I have also been unwittingly, but not deliberately, fooled. When a young lad, I went on a vacation with my parents to a family friend’s holiday home. My mum and dad had plans to take a day trip that I chose not to join because I was feeling rather unwell with a cough and other symptoms of a cold. While alone, I located some cough medicine and took a dose. And a couple of hours later, another dose. And then another. This was all completely acceptable, for I was only following the recommended dosing guidance. When my parents returned early that evening and asked after my welfare, I explained that my cough was no better despite taking the cough medicine. “What cough medicine?” was the response. I showed them…and the sinking feeling I had been experiencing suddenly became more pronounced, because for some unfathomable reason, my father had chosen to transport his powerful laxative in an over-the-counter cough medicine bottle. The old medical adage applies – if the bottom is dropping out of your world, take a laxative and feel the world drop out of your bottom! For the next several hours coughing was the least of my worries, and the only distraction from abdominal discomfort was the decidedly non-filial feelings toward my dear pater!

You might be astonished to learn that this sort of issue is sadly common, and highly dangerous; you should never transfer medications from one container to another. Also, whenever international travel becomes possible again, always plan to take a more-than-sufficient supply of required medications, whether you are pilot or passenger. Always check to ascertain if the country of destination requires evidence that the medication in question is for personal use, as drugs may not be legal in all countries. Likewise, if you or a family member uses a medical device such as a glucose meter or insulin pump, have a doctor’s letter clearly stating that this is prescribed and critical for the named patient as this might prevent unnecessary delays or fines at international borders.

Similarly, ensure that you, your family, or your passengers, should you be PIC, have necessary drugs readily to hand – flying in turbulent IMC and discovering that an asthmatic passenger has left their inhalers in the hold is distracting and dangerous. For this reason, I would always ask anyone flying with me if they had any medical conditions or took prescribed medications.

Frequently inspect any drugs at home and dispose of out-of-date pills and potions safely. Do not assume that all drugs can be flushed down the toilet without potential harm to the environment. The best option is to return all prescription or over-the-counter medical products to a “take-back” site; further information is available at: https://www.fda.gov/drugs/safe-disposal-medicines/disposal-unused-medicines-what-you-should-know.

A common problem in medical practice is polypharmacy, where patients take multiple drugs, with one medicine prescribed to treat side effects of another. This is more likely if a patient is seeing several physicians with no single doctor coordinating care. One example might be a gentleman provided a diuretic from his cardiologist to lower blood pressure, only to develop gout. The joint pain takes him to see a rheumatologist who prescribes suitable pain relief. In turn this causes stomach discomfort, provoking provision of a medicine to suppress stomach acid, which causes the male breasts to expand, initiating referral to a surgeon. And all could be avoided by changing the blood pressure medication! To avoid such issues, provide any new doctor with a complete list of all medications, whether taken with or without a prescription.

Diarrhea is a very common side effect of multiple drugs, together with nausea and vomiting, and any such issues should be reported to your doctor immediately as this can cause further consequences like other medications not being absorbed, or loss of fluids and electrolytes – the cure should always be better than the disease! In fact, it is a good practice to review all medicines annually with your doctor, and certainly in advance of your AME visit.

We are all, I am sure, eagerly anticipating a return to life close to what it was pre-Covid and maybe this virus has sensitized people to the dangers of exposure to foreign lands. I wrote about this topic (“The Beast with Many Names,” AOPA Pilot magazine, August 2011, page 6) and nothing much has changed since then – so bone up on the steps to take to avoid Montezuma’s two-step!

Daphne du Maurier was brought up in Cannon Hall, a beautiful Hampstead home built in 1730. Her father, Gerald, was the first actor to play the role of Captain Hook and he was uncle to the lads who inspired J. M. Barrie to create Peter Pan and the Lost Boys. I loved reading that book as a child but the habit some people have acquired of consuming literature in the toilet points to something not working correctly in the gastrointestinal department – either not enough fiber, or unintended laxatives. So enjoy Hitchcock’s scary movies and avoid unnecessary scary bowel movements.